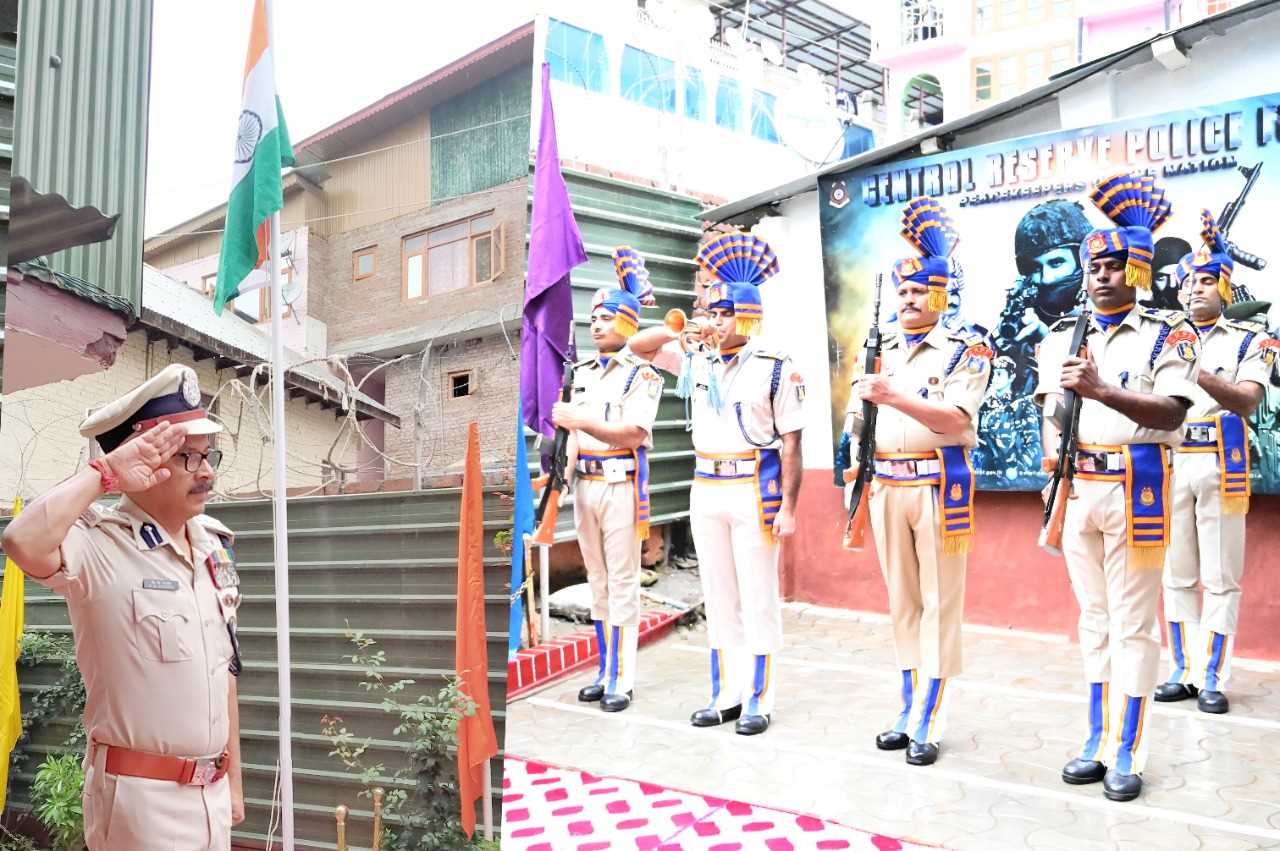 On August 15, 2022, the 75 years anniversary of independence was celebrated at 75 CRPF Battalion Srinagar with all vigor, joy and enthusiasm. The celebration began with the commander of the 75th battalion of KK Pandey raising the national flag and giving the national salute to the guard quarter. On the occasion of this national holiday, Pandey extended his best wishes to all the officers and jawans present and said that it is a great honor and pride for us that we are witnessing the celebration of the Azadi this year. Ka Amrit Mahotsav all over India. . Pandey said that I bow with complete devotion to these freedom fighters whose tireless efforts and sacrifices have freed India from the shackles of slavery and through whom we can breathe peacefully in an open environment. At the same time, I also pay sincere tribute to those brave hearts who sacrificed their lives to preserve the unity and integrity of India. Pandey added that after observing the past 75 years, we find that our country has achieved a high position in the world despite various ups and downs and our national flag is proud of the world. Since independence, our country has made progress in various fields, be it in the field of agriculture, in the field of science and technology, in the field of trade, in sports, and has made a place of choice in the world. Shri Pandey in his address said that the great responsibility for the internal security of the country rests on the strong shoulders of the Central Reserve Police Force, which our brave soldiers perform with utmost vigilance, dedication, courage indomitable and I hope that in the years to come you will fulfill this responsibility with all sincerity. Meanwhile, Shri Pandey said that I am very glad to inform that on Independence Day 2022, a total of 110 medals including 01 Shaurya Chakra and 109 PMG (Police Medal for Gallantry) were awarded been awarded to Central Reserve Police Force for gallantry. It is a great pride for the 75th Bn Central Reserve Police Force that on the occasion of this Independence Day, Shri Narender Yadav, second in command currently assigned to the 75th Bn, awarded 03 PMG (Police Medal for Gallantry ). Shri Pandey congratulated the medal-winning officers and the Jawans and their families.
On this auspicious occasion, Pandey attended the “Home Party” at the Junior Officers’ Mess. In the evening, a sports competition was organized in the Battalion which was appreciated by all the personnel. “Bada Khana” was also organized for the personnel of the Unit.