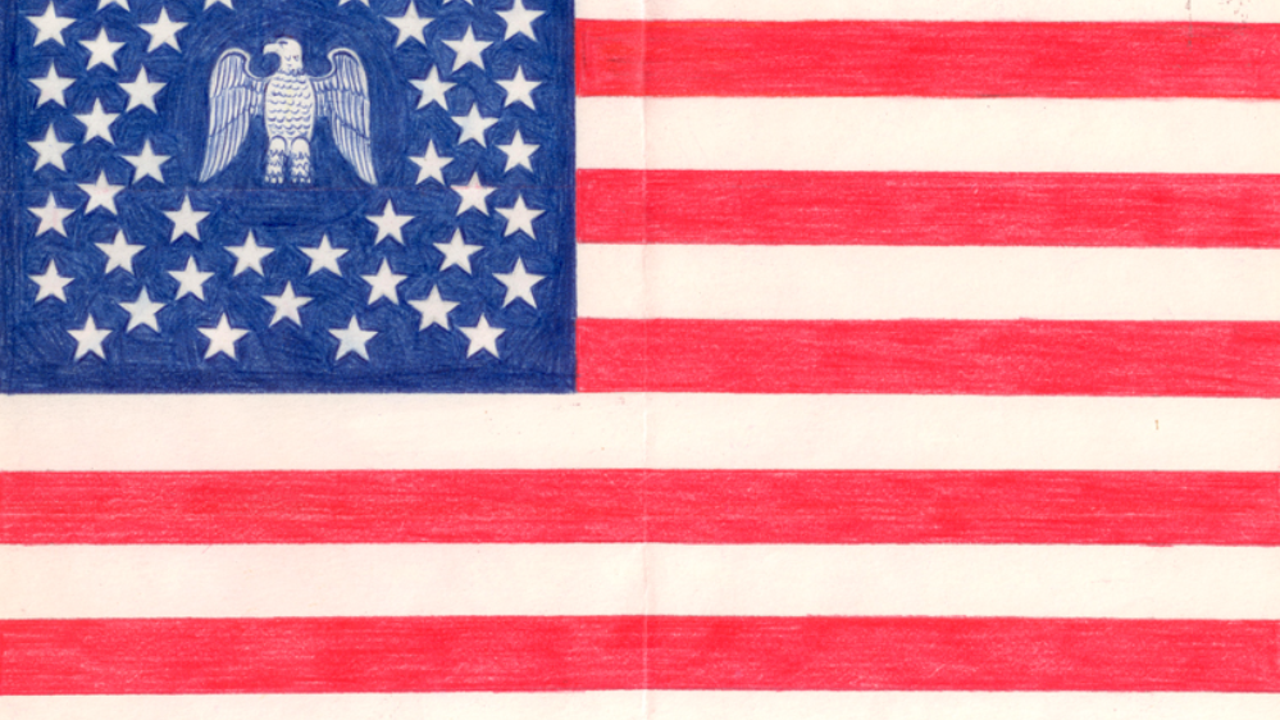 Marine Corps veteran Don Gardner has removed at least 11 American flags from landfills in his 11 years in the garbage business.

When you look up and salute an American flag, have you ever wondered how it appeared?

“He’s been to the Moon and to Mars,” President Biden said during the proclamation of this year’s Flag Day. “It has sailed on ships and flown on airplanes. It ripples over the White House, courthouses, post offices, schools and homes across the country, as well as over our embassies and military bases abroad – an enduring beacon of democracy.”

The American flag has changed 27 times since it was first unveiled in 1777. According to the Eisenhower Library, former President Dwight D. Eisenhower’s administration began planning a 49-state and 50-state flag in 1953, several years before Alaska and Hawaii joined the union.

How America’s 50-State Flag Was Chosen

In 1953, Eisenhower appointed a joint committee to develop a plan for the new flag. Five years later, the White House announced that the Secretaries of State, Defense, and Treasury, and the Chairman of the Fine Arts Committee would submit an informal proposal to the President.

At a Cabinet meeting in 1958, Eisenhower told members he preferred seven staggered rows of seven stars, a design that would easily allow for a 50th star.

Alaska became a state on January 3, 1959. On the same day, Eisenhower issued an executive order establishing the flag of the 49 states.

Hawaii became the 50th state in the union a few months later on August 21, 1959. Eisenhower established the 50-state flag on the same day. Over 3,000 flag designs were submitted to the President.

“The designs came in a wide range of media, from simple pencil sketches to professionally constructed flags,” the Eisenhower Library said. “It was an especially popular project for elementary school children who expressed their ideas with construction paper, crayons, tempera paint and tiny stick-on stars.”

Here’s a look at some of the Old Glory models that didn’t make the cut: