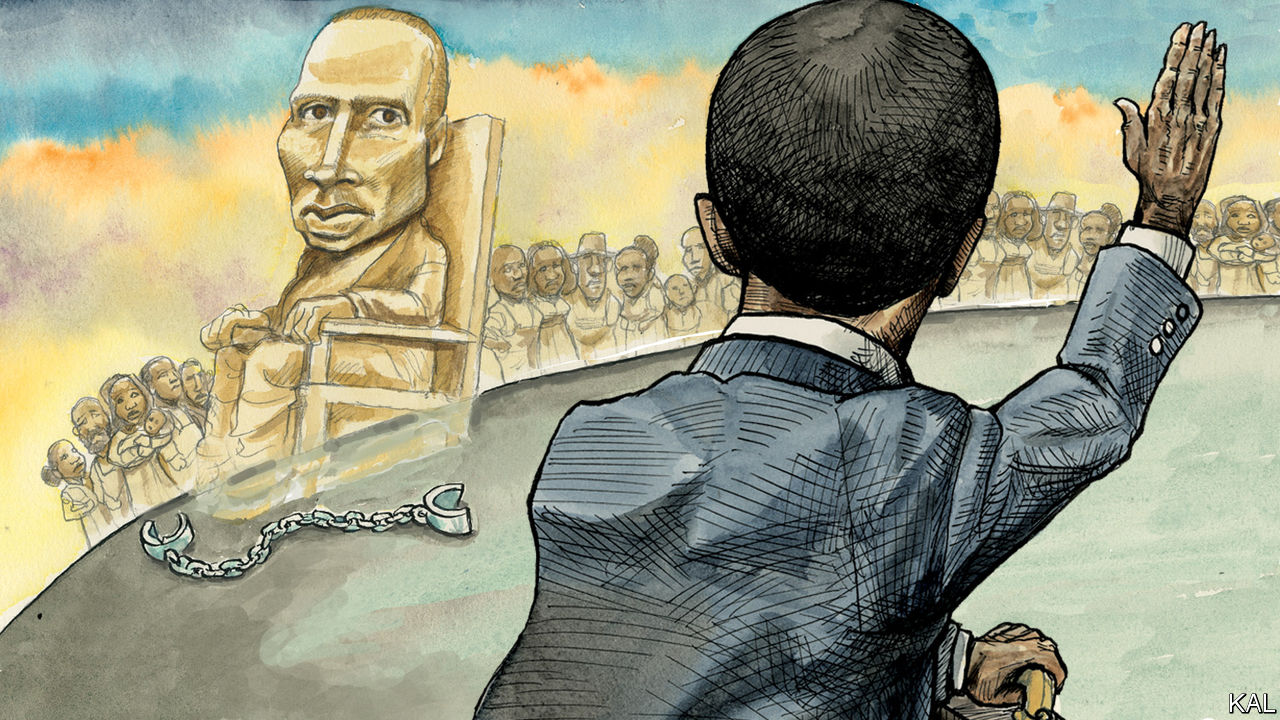 A racial history lesson from the son of a slave

By Paul V. MaganaDecember 4, 2021No Comments

MAMERICAN OST don’t know much about slavery. In a recent survey, only half could cite it as the main cause of the civil war. Yet for Daniel Smith, the â€œwhipping and crying post,â€ the hanging tree and other pre-war Southern horrors are not dusty, poorly taught history, but living family stories.

Enjoy more audio and podcasts on ios Where Android.

The 89-year-old retired bureaucrat heard them from his father Abram, who was born a slave in Virginia in 1863, two years before the war ended. â€œOn a Saturday night after dinner he and my older siblings would get together and tell them what his parents told him about slavery,â€ recalls Mr. Smith, a barely stooped octogenarian, in his home in Washington, CC. â€œI used to sneak out of bed and sit on the floor to listen. I remember hearing about two slaves who were chained to the wrist and trying to escape. They were found by vicious dogs hiding under a tree and hanging from it. I also remember the story of a slave accused of lying to his owner. He was forced to go out in the snow with his family and put his tongue on an icy cart wheel until it stuck. When he tried to remove it, half of his tongue came off. My dad cried telling us these things.

It’s scary to hear it – a direct link to the story that America still struggles in so many ways to escape. Sana Butler, who wrote a book on the children of slaves, identified only about 40 still alive in 1999, all of whom have since died. She did not track down Mr. Smith, who was known in Washington as a well-established civil rights activist but rarely mentioned his family background. â€œIt was something below the surface that we weren’t proud of,â€ he says. As his father’s only surviving child, following the death of his brother Abe earlier this year, he may well be the last living child of an American slave.

His recollections underscore how recent many of the rawest, most formative events in American history are, especially for those who receive them. Slavery and the last land grabs by the Amerindians are only two lives away; no wonder the politics around them, on all sides, is so intense. And the effect is particularly powerful in Mr. Smith’s case because of the number of significant events in black history he has witnessed. Lexington contacted to discuss his father, only to learn that Mr. Smith had marched with Martin Luther King in Washington and Selma, rivaled by the Black Panthers, was chased by Ku Klux Klan-inspired night riders across the ‘Rural Alabama, requested by the CIA spy on ANC in South Africa – and was in the crowd, tears streaming down their cheeks, to witness the inauguration of a black president. “A friend of mine calls me the black Forrest Gump,” he said impassively.

In fact, his contacts with history mainly reflect his talents and dynamism, which are characteristic of his black American generation. His father, a janitor who was 70 years old at the time of Mr Smith’s birth, was killed by a hit-and-run driver when Daniel was six. Abram’s death left his wife and six children almost destitute. Yet he had instilled in them a fierce determination to rise up. “We have always said in our family, if you want to beat white people, you have to beat them, you have to beat them, you have to stay awake longer at night.”

Mr Smith graduated from high school in the predominantly white town of Winsted, Connecticut, while working long mornings and evenings at a veterinary practice to earn money. After a stint in the army in Korea, he entered university under the IG Bill, became a social worker, then enrolled in a veterinary school in Alabama. Three of his five siblings also went to college. “The success of the generation raised by former slaves changed my whole perspective on the history of this country,” says Ms. Butler. â€œBased on what they’ve faced and what they’ve accomplished, they’re the greatest American generation. “

In New England, Mr. Smith’s race was a daily obstacle, but ultimately not a deciding factor. He knew he could never take the first step on a white girl: “I don’t want to have to cut you down from that tree,” his mother told him. Yet he could rise: â€œAmerica has always given me the right to work. Alabama, where he arrived at Jim Crow’s lineup, was a different story. Blacks in the South marveled at his car and the confidence white people had, including white women. It still irritates him; “The women are women, black, white, Indian or Chinese,” he says.

He was drawn into the civil rights struggle, then into the state, and ran into Stokely Carmichael, a charismatic panther who wanted to more drastically use the money Mr. Smith raised for anti-war programs. poverty. He preferred King’s moderation. But now he has more time for Malcolm X’s radicalism: “We needed both, King and the Panthers, the pull and the push,” he says.

Where slavery was, freedom can be

This re-examination appears to reflect his pessimistic view of race relations since the 1960s. Socially, he admits, there has been enormous progress. Many of her nieces and nephews are married to whites; his second wife is white (although it took a while before he dared to hold her hand in public, she notes). But institutionally, he returns to a story of broken promises.

He believes the racist police put black children today in greater danger than he has ever faced. He also notes that the “shining light” of the election of Barack Obama has provoked a white militant reaction, in the form of Donald Trump, which does not weaken. The insurgency that the former president sparked and his party refused to investigate, in which a Confederate flag paraded across the Capitol, “was so outrageous for our constitution,” he said. â€œThere is a big question as to where we are going now. And then Mr. Smith, though visibly flustered, gets up.

“By the way, we could never speak negatively about America in front of my father,” he said, of a poor man, born a slave, who wore a well-brushed suit and pocket watch in church. on Sunday and led her children to be successful. . “He didn’t have much but he really, really loved America. Isn’t that funny?” â–

For an exclusive preview and reading recommendations from our correspondents in America, sign up for Checks and Balance, our weekly newsletter.