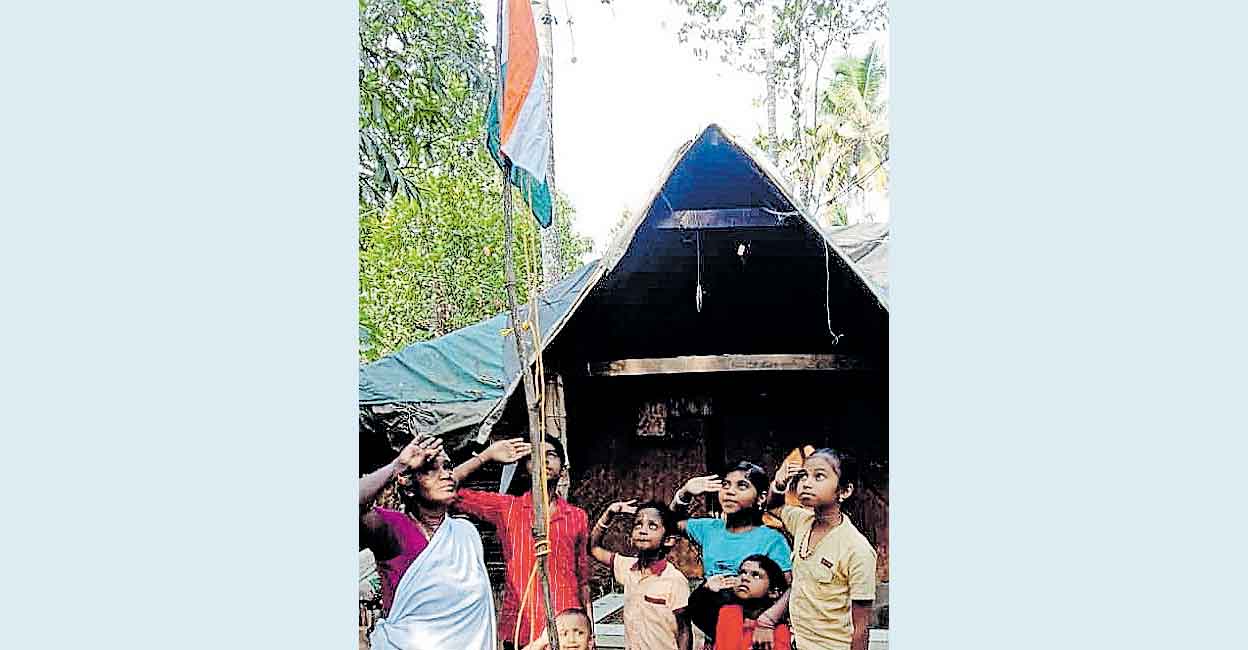 A Thrissur woman and her grandchildren hoist the Indian flag in front of a thatched house; video spreads widely | Kerala News

Cherpu (Thrissur): When the country marked Republic Day on Wednesday, a poor family here too tried to celebrate it in their own way. Ammini and her grandchildren hoisted the Indian tricolor in front of their thatched-roof hut.

Amini, 69, wife of Vijayan of Cheruchinam, along with her grandchildren Vismaya, Vivek, Vaiga, Sreelakshmi, Sreenand, Shiv Hari and Shivatmika turned a bamboo stick into a flag pole and hoisted the flag.

The video of the flag hoisting somehow spread across the internet. This act of patriotism was widely applauded and drew offers of help from dozens of people. There was a flurry of calls promising help for the family.

Director Major Ravi spoke to Ammini’s daughter, Sowmya, over the phone and helped renovate the house. Many others pledged their support and help to the family.

AR Praveen Kumar, principal of CNN Boys High School, Cherpu, had asked students to raise the national flag in front of their homes on Republic Day. Teacher Sushma messaged the class group to send the video of the flag hoisting.

In accordance with the instruction, Vivek, who is a ninth standard student, took the initiative to hoist the apartment in front of their house. When their grandmother raised the flag, granddaughter Vismaya captured the moment on the cellphone.