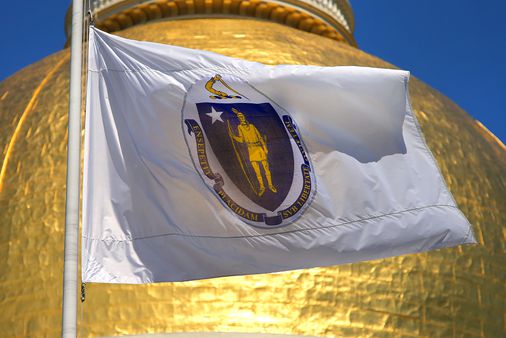 Almost a year later, the panel reviewing the Massachusetts state seal is overdue and still understaffed

Created by the Legislature on January 6 – and approved by Gov. Charlie Baker days later – the commission focuses on the 19th-century seal of Massachusetts, which depicts the arm of a settler holding a sword above the image of an Algonquian warrior. It is draped in a Latin motto which roughly translates as: “By the sword we seek peace, but peace only under freedom.”

The current iteration of imagery was established by the legislature in 1885, but has long been criticized by Native Americans and others as a racist portrayal of oppression and a commemoration of the â€œmassacre and attempted genocideâ€ of peoples. indigenous.

When lawmakers adopted commission-creating language in the final hours of their last two-year session, they came up with a proposal that former State Representative Byron Rushing first brought forward in the 1980s.

â€œOur country’s history has been pretty one-sided for quite a long time. That’s the whole point of our presence here. We have been ignored for over 400 years, â€Brian Weeden, president of the Mashpee Wampanoag tribe, told fellow commissioners at a meeting on Nov. 18.

This left commission members with a prominent task: to study features of the 136-year-old seal that may be â€œunintentionally harmfulâ€ and to make recommendations for a new or revised design.

The panel’s goal is to ensure that the motto and seal – emblazoned on everything from the state flag to the countless oars of state government stationery – “faithfully reflect and embody the historic and contemporary commitments of the Commonwealth to of peace, justice, freedom and equality “, according to the language.

â€œIt’s a bite. It’s a lot to do, â€said Melissa (Harding) Ferretti, president and chair of the Herring Pond Wampanoag tribe and commission member. â€œI don’t think we’re totally clear on what we’ll see in the end. We don’t want to erase our vision from the seal or the flag, and erase ourselves more from that image. At the same time, it would be wonderful to see something more respectful.

The short-staffed commission has not yet seriously increased its load. Despite a March deadline to make selections for the commission, Baker did not submit the last of his five picks until the end of August. State Senator Bruce E. Tarr, the House Minority Leader, has yet to name his only nominee to what is supposed to be a 19-person panel. (A spokesperson for the Gloucester Republican said he hopes his choice will be “resolved very soon.”)

There have been other logistical challenges, spurred in part by the persistent COVID-19 pandemic. The committee’s meeting on November 18 was the first since mid-July, the only other time it has been called. And while members voted to establish co-chairs – including one from a tribal community – the commission has yet to choose who they will be.

In the meantime, the panel missed an Oct. 1 deadline to produce its recommendations. The state Senate passed wording resetting it for July 31, but lawmakers have incorporated the change into a massive $ 3.8 billion spending program that remains tied to closed-door negotiations.

This means that getting a new date was also delayed.

State Representative Nika C. Elugardo, a Jamaican plains Democrat who co-sponsored a bill to create the commission, said she believed a “solid end result” was always more important than the speed of the commission, although she acknowledged that the slow progress “can be frustrating and should be frustrating.

â€œIf it’s a turtle and hare situation, the turtle wins the race,â€ said Elugardo, who is not on the panel but has been monitoring his progress. “What we don’t want is a mule that comes to a halt.”

Setbacks have been common, if not the rule, for legislated committees. A panel created to influence the expansion of the public archives law, for example, was dissolved at the end of 2018 after two years – and one extension – without a deal. A separate commission created under last year’s Police Accountability Act to study Massachusetts’ civil service statute failed to hold its first meeting on time.

“I have never sat on a commission that met a deadline,” said State Representative David T. Vieira, a Republican from Falmouth and a member of the state seals commission.

Still, he wondered if an extension until July 31 would even provide enough time. â€œIf this is to be done well, we have to involve the public,â€ Vieira said. “I also don’t think it’s something that can be done in a few months.”

Members of the Commission, all volunteers are also grappling with what their real task entails: recommending items for a new seal and motto, or designing a new version for legislators and the governor. Some doubt that the latter is possible.

“We don’t have the expertise to do it,” said Leonid Kondratiuk, director of historical services and militia affairs for the Massachusetts National Guard and appointed governor, at the Nov. 18 meeting.

State Representative Antonio FD Cabral, a Democrat from New Bedford, informally called the first two committee meetings as chairman of the Committee on State Administration and Regulatory Oversight. But he said it was unfair to expect committee staff to also do “all the groundwork” the commission needs.

â€œIf we want to do this in a very professional way. . . then it will require the support of the staff. It will probably require some sort of budget to deal with what needs to be done, â€Cabral said at the meeting, suggesting that those appointed by Baker could appeal to him directly.

Cabral, who is also a member of the commission, said in a statement that his committee will continue to offer its support and resources to help the panel. â€œThe task of examining the state’s seal and currency might not be easy – and might require facing some unpleasant truths in our history and at times that can be uncomfortable,â€ he said. . “But I think this conversation is important.”