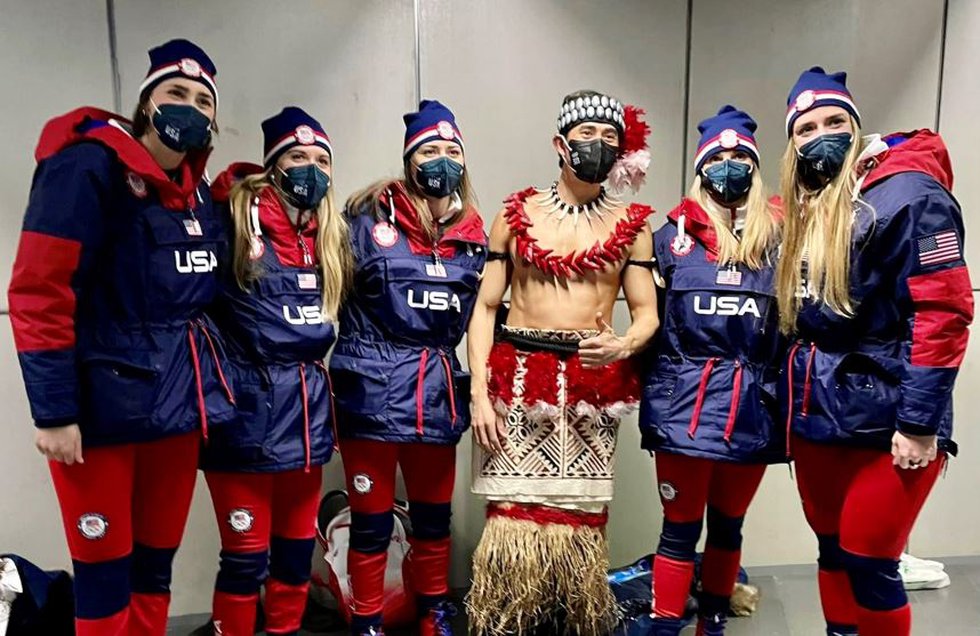 By Paul V. MaganaFebruary 5, 2022No Comments

HONOLULU (HawaiiNewsNow) – A Hawaii-bound athlete draws attention to his outfit during the opening ceremony of the 2022 Winter Olympics.

Nathan Crumpton braved the freezing temperatures shirtless, representing American Samoa as the flag bearer and only athlete to compete in the games.

The 36-year-old is the first athlete to represent America at the Winter Olympics in 28 years.

Even though the temperature was around 20 degrees, he said it wasn’t even that cold.

Crumpton competes in skeleton, a sport where the athlete rides a small sled – known as skeleton bobsledding – and slides lying face down and head first across the ice.

While born in Nairobi, Kenya, and now living in Park City, Utah, Crumpton said he has extended family in Hawaii.

He said his late uncle Solomon Kaululu Kukui was a member of the University of Hawaii Hall of Fame.

The entourage that accompanies Crumpton to the Olympics also has ties to Hawaii. They all live on Oahu.

Hawaii Kai resident Barry Markowitz and Kailua residents Ryan and Bonnie Leong are members of the American Samoa National Olympic Committee. All three walked behind Crumpton in the opening ceremonies.