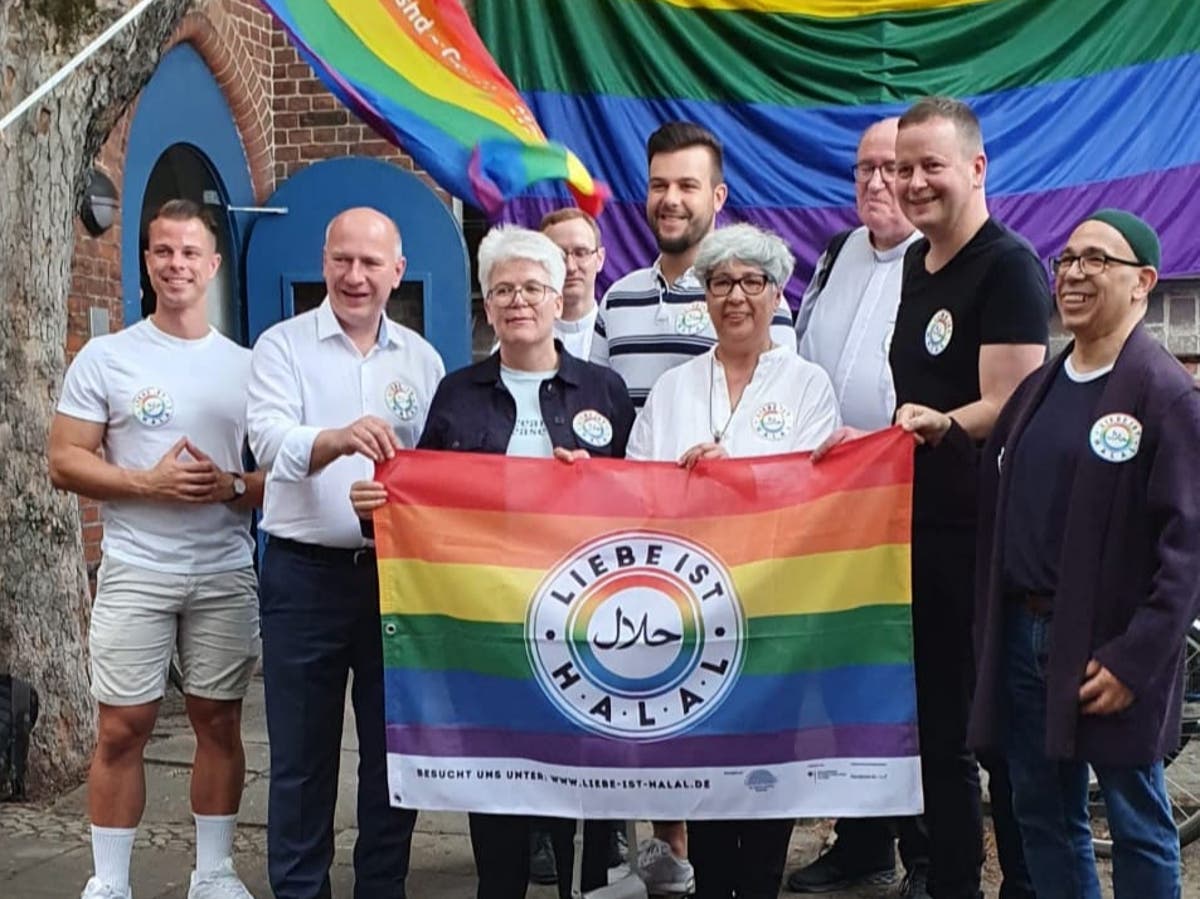 A Berlin mosque said it was the first German mosque to fly the rainbow flag in support of LGBT+ communities, as Pride begins.

The Ibn Rushd-Goethe Mosque, which claims to be the only “liberal” mosque in the country, unfurled the symbolic flag in front of a small audience on Friday July 1.

Berlin culture senator Klaus Lederer and state president Kai Wegner were present for the ceremony, where attendees wore badges with the slogan: “Love is halal”.

Seyran Ateş, founder of the mosque, said raising the flag is “extremely important” for LGBT+ people of the Muslim faith.

According Queer.deshe added: “It shows that they don’t have to choose between their faith and their sexual identity, but that they are accepted as such, as they are.”

Mo el-Ketab, one of the six imams of the Ibn Rushd-Goethe Mosque, told the German channel Deutsche Welle that the religious institution is a “safe place for people who are different, so that they too can experience the spiritual side of their lives”.

“I hope many other mosques will also display the flag in this way or establish other positive signs for the LGBT+ community,” he said.

The gesture comes ahead of Pride weekend, with many cities expecting to see thousands of people take part in parades and marches in a show of LGBT+ solidarity.

In Berlin, Pride is commonly referred to as Berlin Christopher Street Day (CSD) and will be held on July 23 instead of this weekend.

CSD board member Marc Eric-Lehmann, who was also present at the mosque’s flag ceremony, called the display an “incredibly strong sign” for LGBT+ people.

On Saturday July 2, Pride in London expects to see over a million people descend on the capital to participate in or watch the parade.

The march will celebrate 50 years since the very first Pride in London parade in 1972.

The Independent is the official editorial partner of Pride in London 2022.