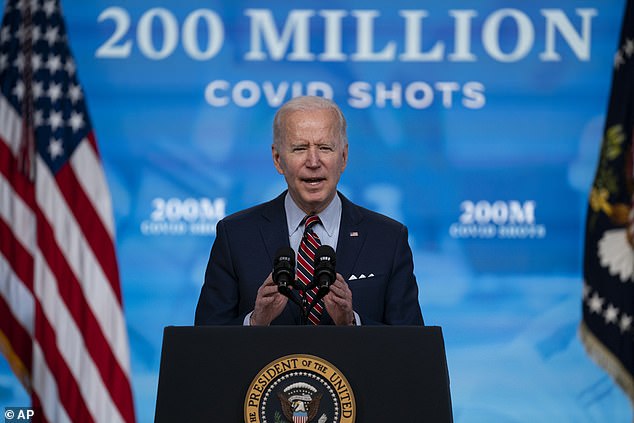 The White House unveiled its plans to share unused COVID-19 vaccines with the world, releasing 25 million vaccines in the first tranche for countries hard hit by the pandemic like India and for neighbors Canada and Mexico.

The United States said it would share 80 million doses by the end of June and on Thursday officials said they would keep control of where they went.

The new plan allocates three-quarters of unused vaccines to the UN-backed COVAX global distribution system, sending some 6 million to Latin America and the Caribbean, about 7 million to Asia and about 5 million to Africa.

President Joe Biden has said the United States is not sharing vaccines to “curry favor or extract concessions”, as his administration announced where the first 25 million unused doses would be sent. The president has pledged to send 80 million doses overseas by the end of June

The plan is delivering six million doses to South and Central America, five million to Africa and seven million to Asia, along with an additional six million that the Biden administration is sending to regional priorities and partners, including frontline United Nations staff. United.

An elderly man with breathing difficulties due to coronavirus takes oxygen using an oxygen mask at a COVID-19 care facility, inside Gurudwara Rakab Ganj (Sikh temple), in New Delhi, India. The country is among the places singled out for vaccine doses by the White House

Where will the first 25 million vaccine doses go?

Nearly 19 million will be shared through the COVAX global vaccine distribution system, with the following allocations:

About 6 million for South and Central America to the following countries: Brazil, Argentina, Colombia, Costa Rica, Peru, Ecuador, Paraguay, Bolivia, Guatemala, El Salvador, Honduras, Panama, Haiti and other countries of the Caribbean Community (CARICOM), as well as the Dominican Republic.

About 5 million for Africa to be shared with the countries that will be selected in coordination with the African Union.

An additional six million will be targeted to regional priorities and partner recipients, including Mexico, Canada and the Republic of Korea, West Bank and Gaza, Ukraine, Kosovo, Haiti, Georgia, Egypt, Jordan, Iraq and Yemen, as well as for United Nations Frontline Workers.

At the time of the announcement, President Joe Biden said he would not use life-saving doses for diplomatic purposes.

“We share these doses not to gain favors or extract concessions,” he said.

“We share these vaccines to save lives and lead the world to end the pandemic, with the strength of our example and with our values.”

Critics said it was too little, too late and called on the administration to invest in manufacturing sites around the world.

Developed countries have been accused of monopolizing vaccine production, protecting their own populations at the expense of poorer countries.

The United States ranks second behind China in vaccine production, but was singled out for keeping nearly all of its supply at home.

The result has been a world waiting to see how the Biden administration decides to share its doses.

The vast majority will be distributed by COVAX, a program supported by the World Health Organization.

Another six million will go to what the White House has described as “regional priorities” and “partner recipients,” including Mexico, Canada and the Republic of Korea, West Bank and Gaza, Ukraine, Kosovo, Haiti , Georgia, Egypt, Jordan, Iraq. and Yemen, as well as for the frontline workers of the United Nations.

The Biden administration has said 25% of reserve doses will be kept in reserve for emergencies.

“As long as this pandemic rages around the world, the American people will always be vulnerable,” Biden said.

“And the United States is committed to bringing the same urgency to international vaccination efforts that we have demonstrated at home.”

During a briefing, said National Security Advisor Jake Sullivan said the United States would retain control of where vaccines go.

US National Security Advisor Jake Sullivan said the United States would retain control of the final destination of doses distributed through COVAX.

“We don’t seek concessions, we don’t extort, we don’t impose conditions like other dose-providing countries do; we don’t do any of that,” he said.

He added that Gaza was chosen because of the recent crisis there.

“We are asking nothing of the people of Gaza and the West Bank, but we believe that, given what they are facing, in the situation on the ground there, it is fair and appropriate and good that the United States actually allocate a few doses to this country,” he said.

Mexican President Andres Manuel Lopez Obrador said via Twitter that he thanked Vice President Kamala Harris in a phone call when he was told doses were on the way.

“I expressed our gratitude on behalf of the Mexican people,” he said on Twitter.

Campaigners demanding more aid for poor countries said the announcement was a good step but should be followed by deeper commitment.

“The donation of these few doses is welcome but deeply insufficient, and is no substitute for a comprehensive, emergency plan to end the pandemic,” said Peter Maybarduk, director of the Public Citizen’s Access to Medicines program.

“The United States must do more, much more.”

One Campaign’s Tom Hart also welcomed the news but said the United States should speed up plans to distribute doses from AstraZeneca that have not yet been cleared by Washington.

“However, it is disappointing to see delays in the donation of the 60 million doses of AstraZeneca – which have been approved for emergency use by the World Health Organization and which will otherwise remain unused,” he said. -he declares.

Biden announced in April that the United States would ship AstraZeneca vaccines overseas by July 4. However, problems at a manufacturing facility delayed production.