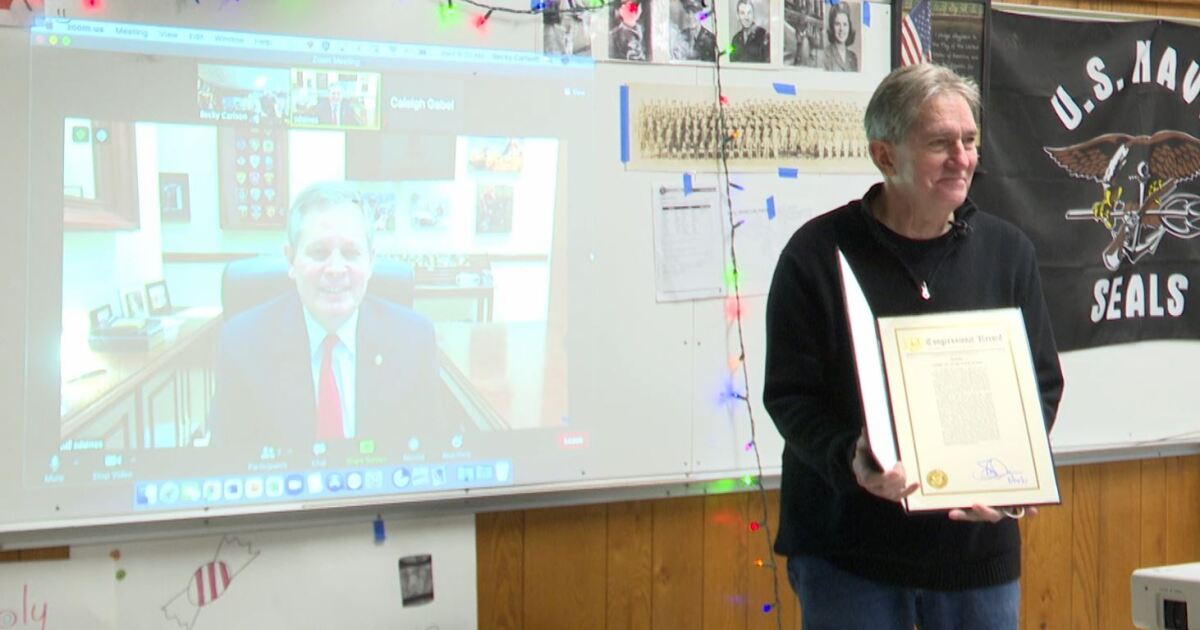 After 20 years of sending care packages to military troops around the world, Billings history professor Hunter Jones has been honored with a tribute on the Congressional dossier.

It might have looked like a typical day at Will James Middle School on Wednesday, but for Jones it was anything but.

â€œI woke up to snow and didn’t think Wednesday was going to get any better,â€ Jones said.

He entered his second-term class ready to teach, but instead found he was honored for supporting military troops for more than two decades.

His efforts were officially put on the record of Congress by US Senator from Montana Steve Daines.

“What he has in hand will forever be on the Congressional record for generations to come in honor of Mr. Jones,” Daines said.

Jones has taught at Will James Middle School for 27 years. Her classes began preparing medical kits for troops in 2001, when the war in Afghanistan began.

Thousands of military personnel in Montana have received these packages.

Her favorite part of sending care packages is receiving thanks from the service members who receive those packages.

â€œI have been honored by several different units, these flags in my class, they come with certificates that this flag was flown over a US base,â€ Jones said.

It’s a lesson learned for his eighth grade students. AJ Alfons says his teacher inspires him.

â€œI want to help people around the world who are, like, in need,â€ Alfons said.

â€œI was a little proud of him, because I feel like it’s a great honor to win an award like this,â€ said Bryce.

Carlson has several family members who have served or are in the process of serving. Jones made a point of honoring each of them with their own plaques.

â€œSo to see how Mr. Jones supports them, it humiliates me,â€ Carlson said.

Jones has no plans to stop anytime soon. He says he will continue to send care packages as long as our troops are deployed.