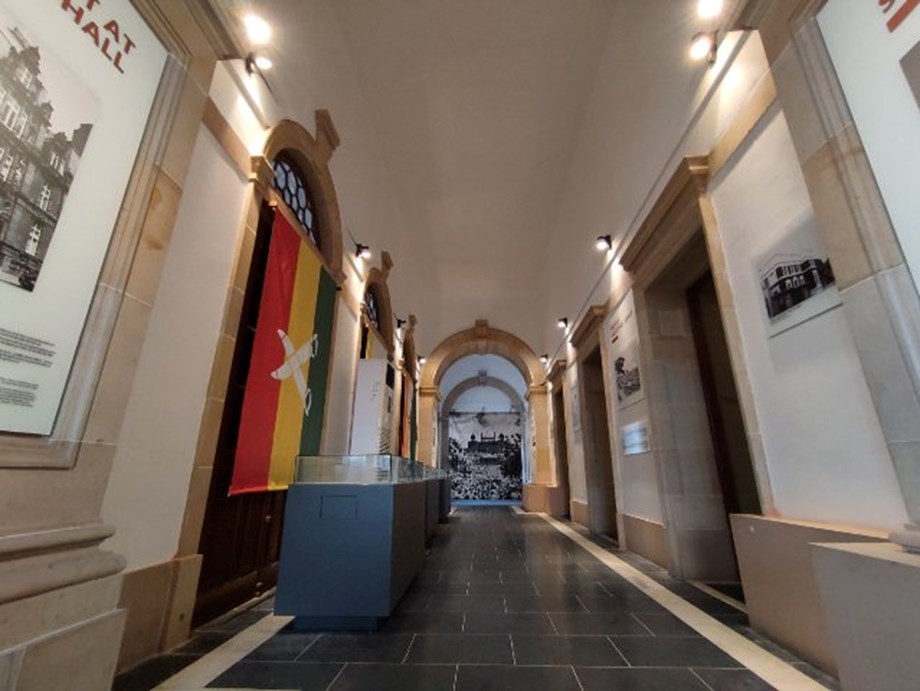 The Prime Minister started his speech by expressing his condolences for the victims of the violent incident in Birbhum and expressed the hope that the state government will ensure the punishment of the perpetrators of such a heinous crime. He ensured the full cooperation of the center. “I would also like to urge the people of Bengal never to forgive the perpetrators of such incidents and those who abet such criminals,” he added.

Remembering the Shaheed Diwas martyrs, the Prime Minister said the stories of sacrifice of Bhagat Singh, Rajguru and Sukhdev inspired us all to work tirelessly for the country. “The legacy of our past guides our present, inspires us to build a better future. This is why today the country considers its history, its past, as a living source of energy,” he said. he declares.

The Prime Minister said today that New India is bringing back the heritage of the country from abroad where ancient statues were smuggled with impunity. In the decades leading up to 2014, the prime minister said, only a dozen statues could be brought to India. But over the past 7 years, he said, that number has grown to more than 225.

The Prime Minister said that after “Nirbhik Subhas”, a new pearl has been added to Kolkata’s rich heritage in the form of Biplobi Bharat Gallery. He said the Biplobi Bharat Gallery is proof of the government’s commitment to preserving and showcasing the heritage of West Bengal. He informed that the renovation works of iconic landmarks in the state like Victoria Memorial, Iconic Galleries, Metcalf House etc. are almost finished. “That these symbols of our culture, of our civilization continue to inspire present and future generations of India, it is a great effort in that direction,” he said.

The Prime Minister said that during the centuries of slavery, three currents jointly led to independence. These streams were of revolution, satyagraha and public awareness. The Prime Minister dwelled at length on the symbolism of the tricolor flag, the national flag. He said these three currents are represented in the colors of the tricolor with saffron representing the revolutionary current, white satyagraha and green marking the creative pulse of the country. He said that for him, the blue of the national flag represents the country’s cultural awareness. He said today that he sees the future of New India in the three colors of the national flag. Saffron inspires us for duty and national security, white stands for Sabka Saath, Sabka Vikas, Sabka Vishwas and Sabka Prayas; green is for environmental preservation and in the blue chakra the prime minister saw the country’s blue economy.

Referring to the young age of revolutionaries like Bhagat Singh, Sukhdev, Rajguru, Azad and Khudiram Bose, the Prime Minister said India’s youth should never consider themselves inferior. “There is nothing Indian youth cannot do. There is no such goal that Indian youth cannot achieve,” he said.

The Prime Minister underscored the thread of unity that ran through the struggle for freedom where different regions, languages, resources united in the fervor of service to country and patriotism. “This eternal feeling of Bharat Bhakti, unity, integrity of India should be our top priority even today. Whatever your political thought, you can belong to any political party, but any type of compromise with the unity and integrity of India will be the greatest betrayal to the freedom fighters of India,” the Prime Minister stressed. ahead with a new vision of the New India. This new vision is one of India’s self-confidence, self-reliance, ancient identity and future upliftment. In this, the sense of duty is of paramount importance. .”

Referring to the milestone of 400 billion dollars or 30 lakh crore rupees of commodity export which was achieved today, the Prime Minister said: “India’s export growth is a symbol of strength our industry, our MSMEs, our manufacturing capacity and the strength of our agricultural sector.

The gallery showcases the revolutionaries’ contribution to the freedom struggle and their armed resistance to British colonial rule. This aspect has often not had its proper place in the mainstream narrative of the freedom movement. The purpose of this new gallery is to provide an overview of the events leading up to 1947 and to highlight the important role played by the revolutionaries.