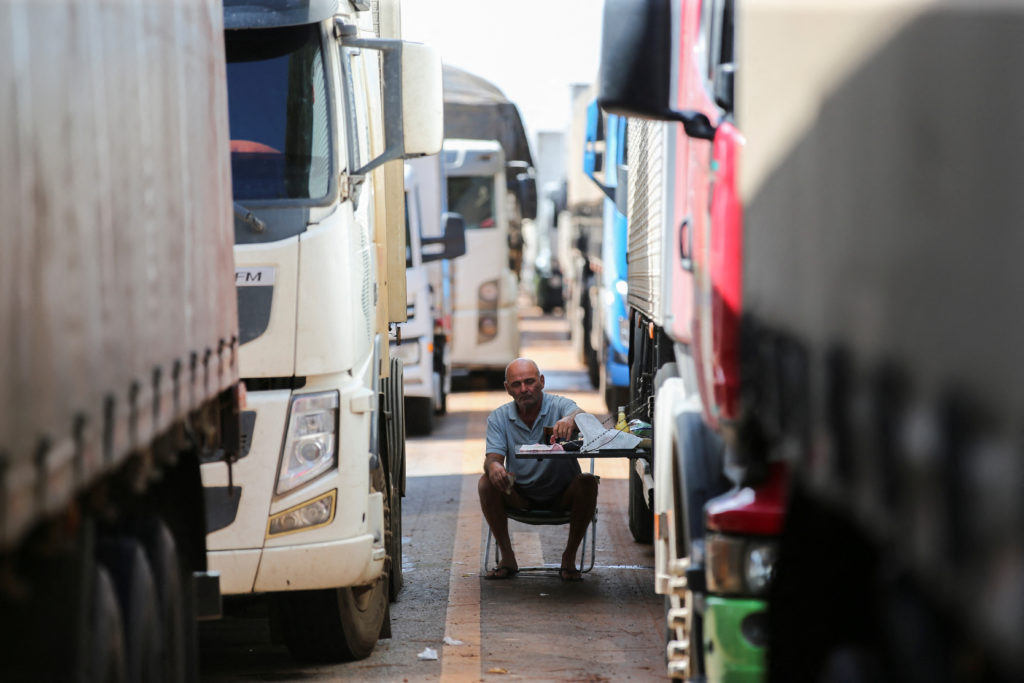 By Paul V. MaganaNovember 1, 2022No Comments

Since the victory of the left-wing da Silva party on Sunday night, many truck drivers have blocked traffic in parts of the country and said they will not recognize Bolsonaro’s defeat. Bolsonaro has not spoken publicly since the release of official results some 36 hours ago, nor phoned da Silva to concede.

The highway to and from Sao Paulo International Airport – Brazil’s most populous state and largest economy – was blocked and dozens of flights were cancelled. Videos on social media showed travelers rolling their suitcases at night along the highway leading to the airport. Access was partially restored from 8 a.m. local time.

In neighboring Minas Gerais, a key election battleground state, video on social media showed a protester telling an O Tempo reporter: “We won’t stop until we have a response from our president.

The man, dressed in a green and yellow shirt – the colors of the Brazilian flag and the country’s conservative movement – claimed the election was “fraudulent” and warned against future protests.

In 2018, an 11-day truckers’ strike brought Brazil to a standstill, sending food prices soaring and leaving supermarket shelves without goods as gas stations ran out of fuel. It caused billions in losses and exposed the vast power that truckers wield, especially when they organize through social media platforms.

LOOK: Future of the Amazon rainforest at stake in Brazil’s presidential election

As of 8 a.m. local time on Tuesday, highway police had lifted nearly 200 blockages, according to the Justice Department.

Federal prosecutors in the states of Sao Paulo and Goias said they have opened investigations into the blockades.

The party said the alleged efforts were particularly concentrated in the northeast region which is a stronghold of the Workers’ Party.

Alexandre de Moraes, who chairs the national electoral authority, said police checkpoints were only delaying voters from reaching the polls. He ordered the immediate suspension of all traffic police operations.

Bolsonaro lost the race by a narrow margin, garnering 49.1% of the vote to da Silva’s 50.9%. It was the tightest presidential race since Brazil returned to democracy more than three decades ago.

Much like former US President Donald Trump, whom Bolsonaro openly admires, the far-right incumbent has repeatedly questioned the reliability of the country’s electoral system, saying electronic voting machines are prone to fraud. He never provided evidence, even on the orders of the electoral court.

Dozens of journalists from national and international media remained camped outside the presidential residence in the capital, Brasilia, waiting for any sign that Bolsonaro might talk about the election or the roadblocks.