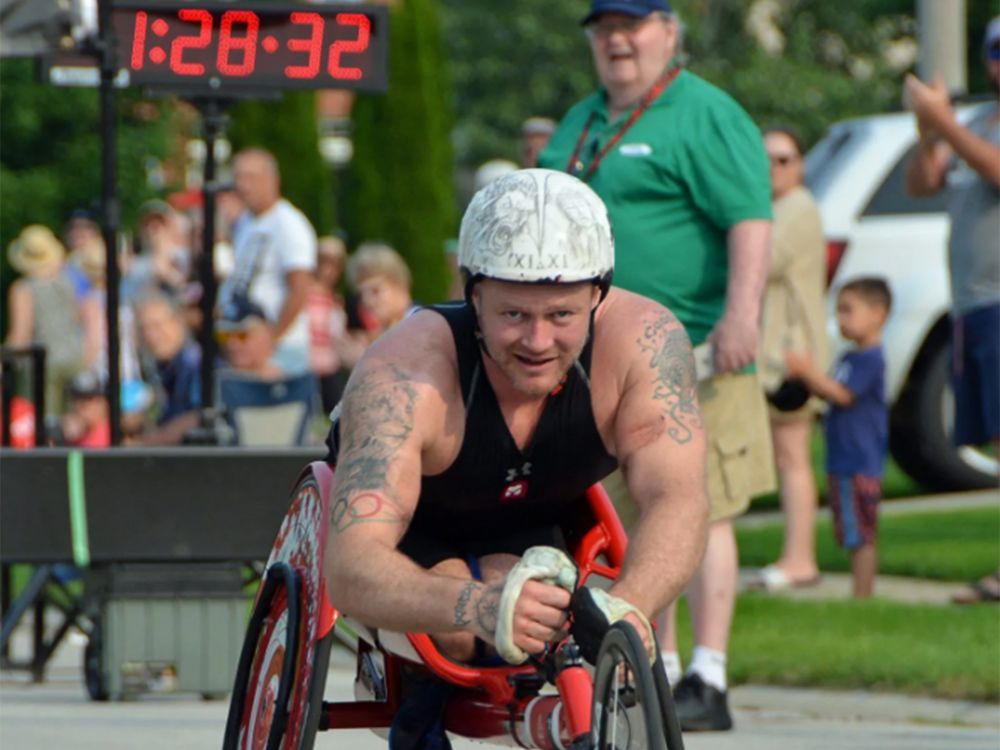 Josh Cassidy of Burgoyne will carry the flag for Canada during the opening ceremony of the 2022 Commonwealth Games in Birmingham, England.

“These two athletes exemplify everything our team needs and respects through such exceptional role models,” said Scott Stevenson, general manager of Team Canada 2022 in a press release. “Both are top athletes, but equally important, they are each great people who set an example for others every day.”

Cassidy is one of Canada’s most successful international wheelchair racers.

Having spent several years writing and illustrating graphic novels, his other passion is working on his creative projects in music, writing and art. Cassidy is known internationally for his work ethic and courage, according to the statement.

“It’s going to take a while to figure out, but this opportunity is something that when you’re just starting out as an athlete, being a flag bearer for the Games is always recognized as such a prestigious thing,” Cassidy said upon learning that he had been chosen. “What an honor and what a huge surprise. Thanks a lot.”

Meanwhile, Lucknow’s Julie-Anne Staehli will be competing in her first Commonwealth Games in 2022 after making her Olympic debut in Tokyo. Staehli finished 32nd in the women’s 5,000 meters at the Olympics.

Birmingham 2022 will feature 19 sports and eight para-sports as part of its program with up to 4,500 athletes participating.

The Commonwealth Games are the only multi-sport event that features equal status for sporting and para-sport events, and the 2022 Games will feature the largest para-sport program ever. In addition, for the first time in its history, the Games will include more medal events for women (135) than for men (133).

Team Canada for the 2022 Games will feature 411 athletes, coaches and managers. Of these, 276 Team Canada athletes will compete in 18 sports and five parasports.

Canada’s performance projection in 2022 is a top three ranking, by total number of medals, among all competing nations and territories. Commonwealth athletes won 80% of Canada’s medals at the 2020 Olympics