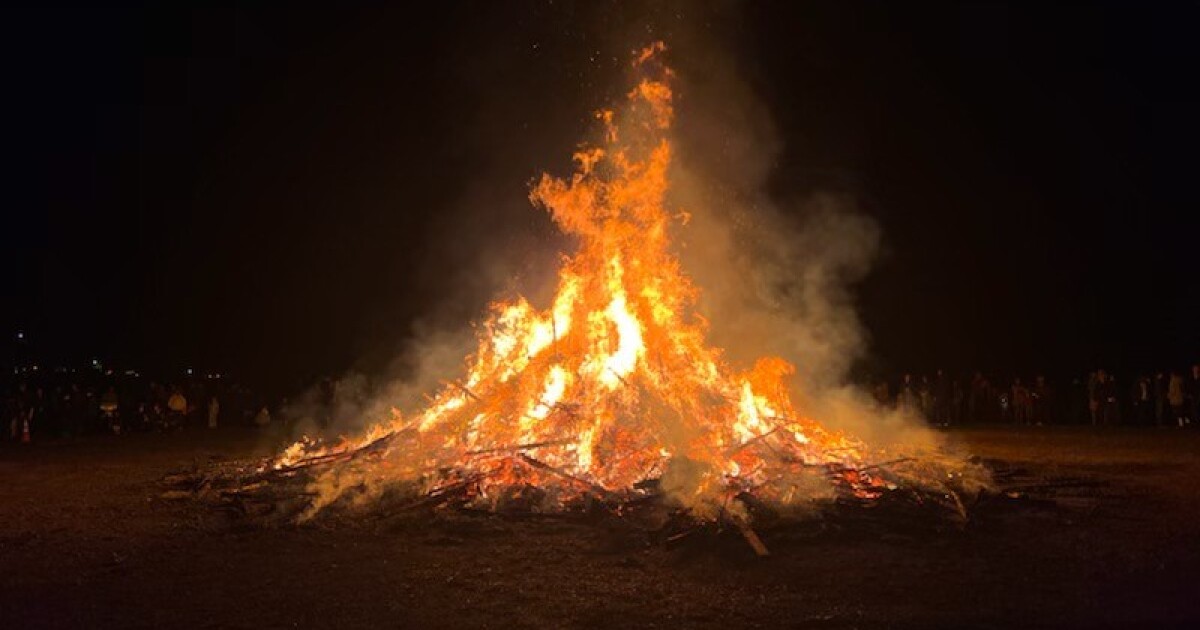 Solvang’s annual Christmas tree burning made a comeback on Friday after being canceled last year due to the pandemic.

Hundreds of trees were brought in by local residents, including Kathy Shriver, who has participated in the event since the 1990s.

â€œWe name them every year. It was Douglas Fairbanks, â€Shriver said of the tree she laid down on Friday.

It’s a bunch of trees full of vacation memories.

â€œBye, bye, we appreciated you,â€ said Shriver as his tree was thrown over the heap.

The waste management teams made several drops with trees from all over the Santa Ynez Valley.

A U-haul packed with over 40 trees also made its way to the pile.

â€œFrom the local neighborhood, then we had a tree sale, so we had leftovers, so we’re just adding to the burn pile,â€ said Tim, who laid down trees for the first time.

All ornaments, stands and lights had to be removed first.

â€œYou can recycle it and put it in the trash, but it’s another family reuniting event,â€ said Albert Cabanting, who also laid down a Christmas tree.

â€œIt’s amazing how hot and bright it is. It’ll light up that whole area, â€said Lana Gundrey, who helps burn trees with the Boy Scouts of America.

While seeing trees on fire is quite a sight, there is a big lesson behind this event hosted by the City of Solvang and attended by Santa Barbara County Fire.

Last year the burn was canceled due to the pandemic, so this will be the 31st year of the event.

â€œI think this is a good conclusion to the Julefest celebration,â€ said Jenny McClurg, recreation supervisor for the town of Solvang.

â€œOn the lot right in front of our town hall in 1968, people brought their Christmas trees from all over town,â€ recalled Dean Klitgaard, Ambassador for the Solvang Visitor Center.

According to the Solvang Visitor Center, the initial events had a religious connection.

“Pastor Carlo Petersen has always told us about the three kings or the three wise men, so it was linked to the day of Epiphany, so it became the last religious holiday of our Julefest or of the Christmas season”, a added Klitgaard.

Today, even Boy Scouts of America can participate.

â€œThe Boy Scouts of America can take the flag out, and we do it right with a ceremony and burn them, so we’ll have a representative flag and we’ll put other flags in the pile, and they’ll be burned tonight,â€ he said. Gundrey explained.

Food trucks were on site, allowing participants to enjoy a meal or a hot drink while watching the fire show.