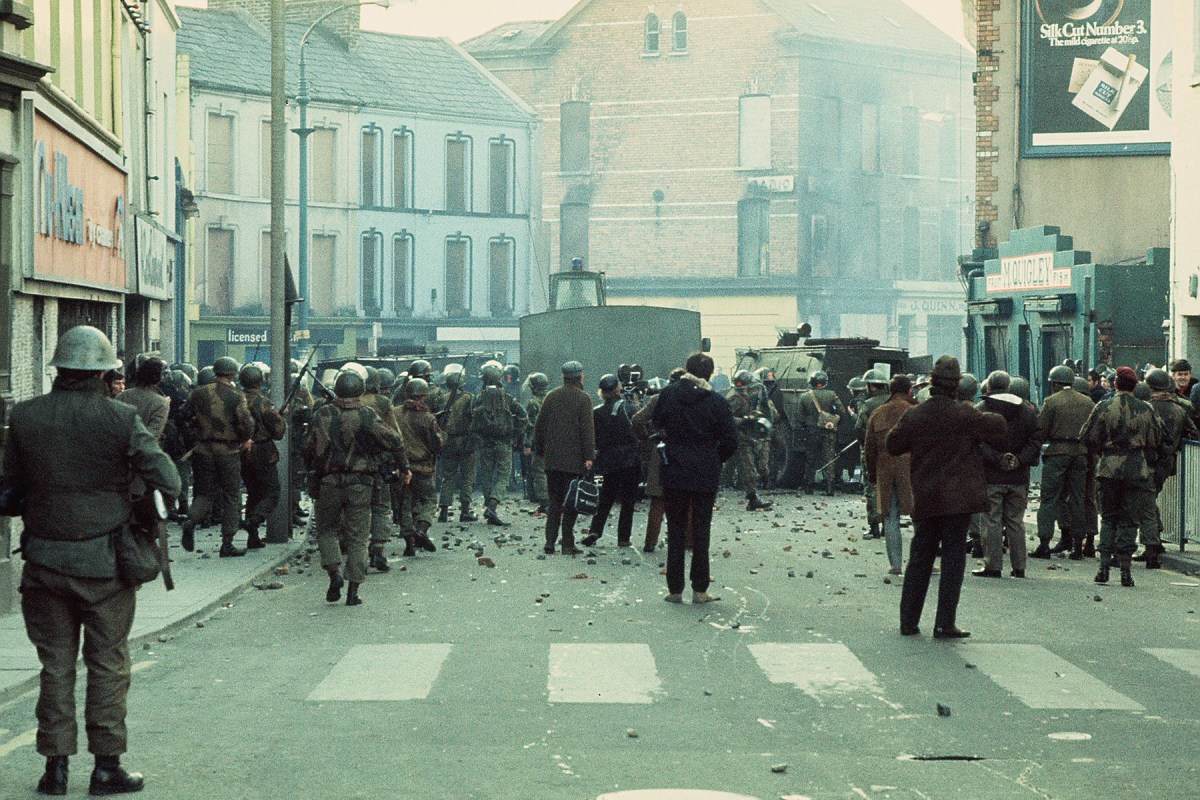 Ice cream shop owner changes his logo after complaints it looks like the parachute regiment emblem.

Residents of Derry have complained about the city’s Maiden Heaven badge which has a brown background and wing-style design.

Owner Mohamed Ali apologized on Facebook and said he was “working to change this”.

He added: â€œAnd sorry if anyone was offended by this logo and color.

“I would never have used it to promote my business if I had realized the similarity.”

Paratroopers shot dead 13 innocent civilians in the city on Bloody Sunday in 1972.

The regimental flag was burned on Republican bonfires while the flag was hung from lampposts in loyalist areas.

Mr Ali said: â€œIt has been brought to my attention in recent days by a few good friends that the logo of Maiden Heaven coffee and ice cream vividly resembles the badge of the Parachute Regiment.

“Considering the history of this town and the fact that the Parachute Regiment shot innocent people on the streets of Derry, I would NEVER have knowingly used a logo that would offend or hurt the people of this town that I love and the city that has been my home for the past 15 years.

â€œI am now working to change that.

“And sorry if anyone was offended by this logo and color, I would never have used it to promote my business if I had realized the similarity.”

A local woman replied, “The people of Jesus Christ have too much time on their hands, it’s a blow with wings, maybe you should hammer a blow and a few cracks.”

Another said: â€œTo be honest, Mo! Anyone who is offended should look at themselves seriously. “

One commentator added: “You know the history of this town better than some, fair play keep doing what you legend do.”

Another said, “Real mistake buddy, everyone who knows you knows you wouldn’t offend anyone.”