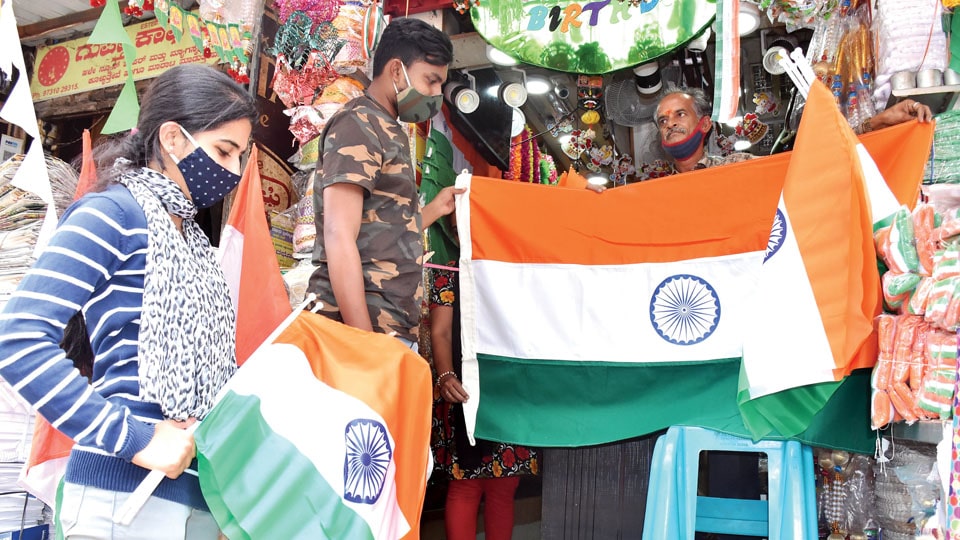 ‘Dhwaja Satyagraha’ in Mysuru on July 31

Aim to save Khadi flags and revive rural India

Mysore/Mysore: In protest against changes to the Flag Code, a padayatra will be taken out of Gandhi Square near City Hall to Freedom Fighters Park at Subbarayana Kere in Mysuru on July 31. In addition, one-day cultural events have been planned in Subbarayana Kere and will be held on the same day as part of ‘Flag Satyagraha’ or ‘Dwaja Satyagraha’ to oppose the amendment to the National Flag Code.

Unfazed by opposition attacks, the government has stepped up efforts to get more people to join its “Har Ghar Tiranga” (raising the flag in every house) campaign from August 13-15 to mark Azadi Ka Amrit Mahotsav. To meet the unprecedented demand for the tricolor, the Center amended the Flag Code of India 2002 which governs the use, display and hoisting of the national flag in the country.

The amendment allowed the use of machine-made, polyester flags for the national flag. In the notification, the government had replaced paragraph 1.2 of Part I of the Flag Code with “The national flag shall be made of hand or machine spun and woven streamers of cotton/polyester/wool/khadi silk”. .

However, a section of khadi weavers oppose the amendments, saying the demand for khadi flags has suffered due to the new rules.

Kalachanne Gowda, organizer of Citizens Forum (Nagarika Samithi) Mysuru recently told reporters at Pathrakarthara Bhavan that the padayatra will start at 9.30am on July 31 and once you arrive at Freedom Fighters Park, cultural activities will start from 10.30am. Activities include exhibitions of paintings, songs and dances, plays and discussions, in addition to an exhibition on the making of khadi threads and the sale of khadi flags.

Theater personality and social activist Prasanna said that according to Rule 1.2 of Part 1 of the Indian Flag Code of 2002, only khadi or hand spun cloth is the flag material. “The use of other materials was not permitted. But the recent amendment has changed where the national flag can be made of hand spun and woven or machine made Khadi streamers of cotton, polyester, wool and silk which is not acceptable.

Pointing out that the amendment to the flag code allows machine-made polyester, made in India or imported from elsewhere, to be used to prepare the Indian flag, Prasanna said the government does not need contributions from farmers, spinners, villagers, women. and poor but run behind the multinationals which make huge profits in the country’s economy.