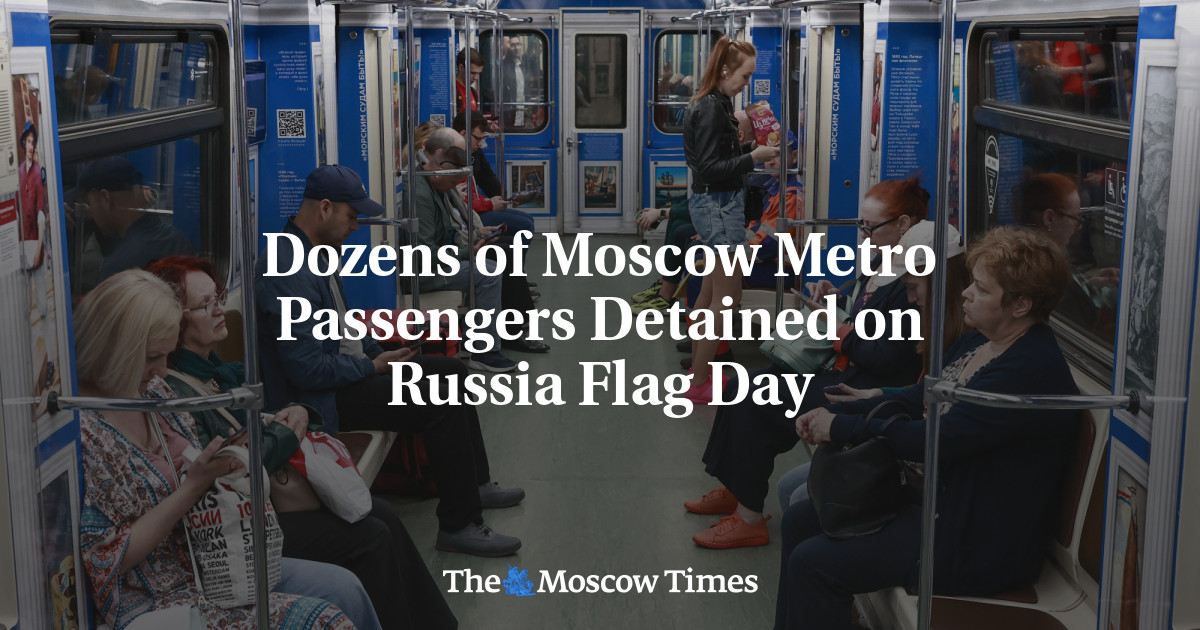 Moscow police arrested dozens of subway passengers in what appeared to be a raid to prevent mass actions on Russian National Flag Day on Monday at a time when anti-war activism has been virtually banned, a police dog independent guard reported.

OVD-Info, a police monitoring website that runs a legal hotline for those detained, said 33 activists and journalists were apprehended on the Russian capital’s metro.

Some of them were flagged for detention by the Moscow Metro’s facial recognition technology, according to the watchdog.

A journalist detained in a police station in southern Moscow said at one point the police sirens went off “once a minute” with another person being detained.

Three detained passengers had previously been charged under Russian laws that have all but stifled anti-war rhetoric since the country invaded Ukraine in February, according to OVD-Info.

At least one activist was arrested twice in the morning and in the evening.

Most of the activists and journalists were later released without being charged, OVD-Info reported later Monday evening. One of them was allegedly accused of “discrediting the Russian army” for wearing clothes that read “I am against war”.

Criticizing the war or sharing information not approved by the Kremlin about it are both punishable under new laws passed shortly after the invasion.

More than 15,000 anti-war protesters have been arrested across Russia since President Vladimir Putin ordered the February 24 invasion of Ukraine.

All of Russia’s independent media have been blocked or shut down since February, with many journalists fleeing the country to escape prosecution.

The National Flag Day detentions follow similar police actions on Victory Day and Russia Day in Moscow and across the country in May and June.

National Flag Day has been celebrated on August 22 every year since then-President Boris Yeltsin reintroduced it in 1994.