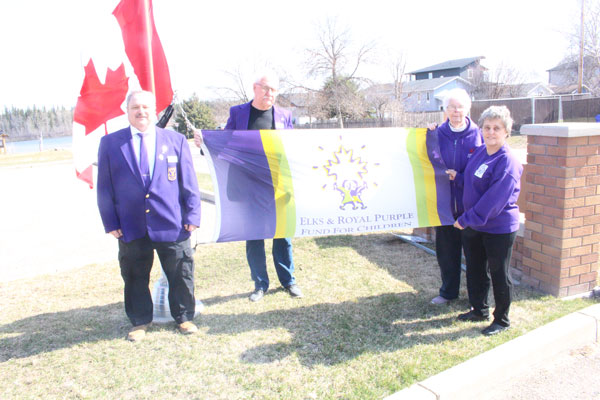 “Prince Albert Elks No. 58 and Prince Albert Royal Purple Elks No. 50 always made a month of speeches and audiences,” Nelson explained. “It’s just to let the public know that there are programs for children under 18.

Nelson said early learning and detection programs are important because most children with speech or hearing problems are not diagnosed at an early age. The two Prince Albert groups are working in conjunction with the Jim Pattison Children’s Hospital in Saskatoon to help continue these efforts.

“We started this program many years ago,” she added. “We just want the public to know that there are programs and that Prince Albert is very active in helping people in our area, especially young children.”

According to a press release from Elks and Royal Purple, one in six people have a speech, language or hearing impairment. Children are at risk of developing social, emotional, behavioral and possibly learning problems if these problems are not diagnosed early.

The statement states that communication is a vital link between human beings. Through our ears, we get much of our information about other people and the world around us. He goes on to say that we must ensure that all children have access to timely newborn screening and intervention services to allow them to live their lives according to their potential.

Newborn hearing screening is an essential first step in identifying children with permanent hearing loss and should be the standard of care in Canada. Early intervention is essential for children identified as having communication problems.

SPARC is an early detection, assessment and (re)habilitation program for children with hearing loss in the province. SPARC, the Children’s Hearing Centre, is located at the Royal University Hospital in Saskatoon.

Another way to support the Elks is through their Trucks and Bucks lottery. For more information, visit trucksandbucks.ca.

For more information on Speech and Hearing Month, contact the Prince Albert Elks and Royal Purple Elks or call the Elks of Canada toll-free at 1-888-THE-ELKS (843-3557).