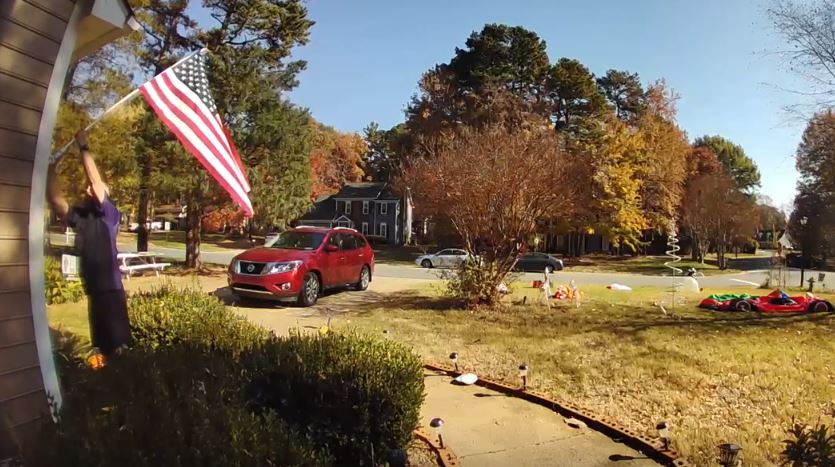 MATTHEWS, North Carolina (WJZY) – A home security camera captured a special moment in North Carolina this week when a FedEx driver noticed a fallen American flag and stopped to hang it up before giving a big salute.

In the Ring video, the FedEx driver can be seen noticing the flag, which had fallen in the bushes outside a house in Matthews.

The driver is seen dropping a package on the ground before walking to hang up the flag. He is then observed saluting the American flag before leaving the property.

“I was like, ‘Oh, he’s going to fix the flag, that’s a really nice act,'” owner Karla Cruz told WJZY while watching the video.

â€œAnd then he greets him, and my heart melts. I thought, maybe he’s a veteran.

Cruz now says that she wants to find the driver and give him recognition and praise for his kind and patriotic actions.

â€œWe need more people like him in the world today,â€ she said.

The flag, for her, is more than just a piece of cloth. It represents the trip of his family.

Cruz, 20, was born in Mexico but came to the United States with her family when she was 4.

â€œWe came here and we love Mexico. But we love this country and the opportunities it has brought to our family, â€said Cruz. â€œAmerica brought us the American dream. We have a house here. It has been incredible. The fact that he came and raised our flag is great.