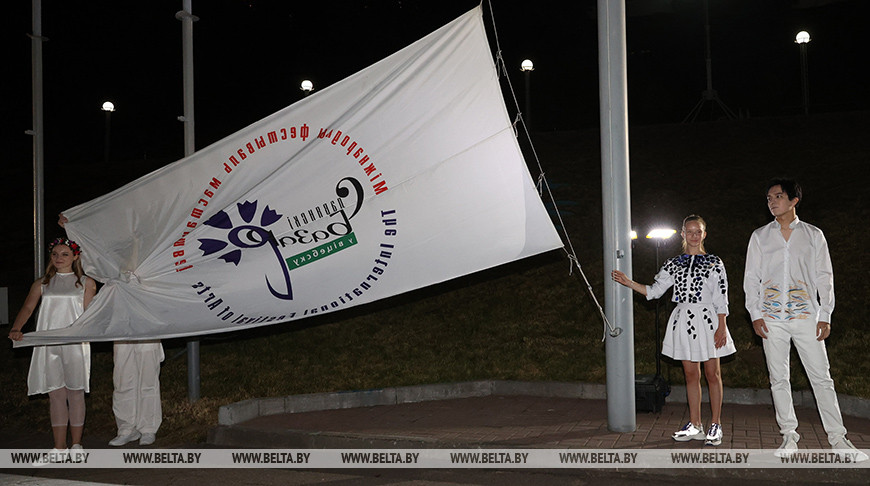 Dimash Kudaibergen said that Slavianski Bazaar holds a special place for him and other young artists. “I’m happy to be here, because I really love Belarus, Vitebsk, the festival,” he said. The singer added that the festival has its own style, it is a success and he does not need to imitate other musical projects.

The second ceremony participant, Angelina Lomako, added that it was an honor for her to hoist the flag of the festival. â€œWe have just arrived from Minsk, we haven’t been here for a long time and we really missed it. The city and the festival have become dear to me, â€she said.

The solemn opening ceremony of the festival will take place at the Summer Amphitheater on July 15. It will include a ceremony for the awarding of the Belarusian President’s special prize â€œThrough art for peace and understandingâ€. This year, the prize will be awarded to Nikolai Baskov.

The 30th edition of the Slavianski Bazaar International Arts Festival in Vitebsk will take place from July 15 to 18, but the first events of the festival took place on July 14. The festival will conclude with a gala concert with an award ceremony for the winners of the song contests on July 18. People’s Artist of Belarus Anatoly Yarmolenko and Serbian singer Filip Zmaher will lead the jury for the singing competitions for adults and children respectively.