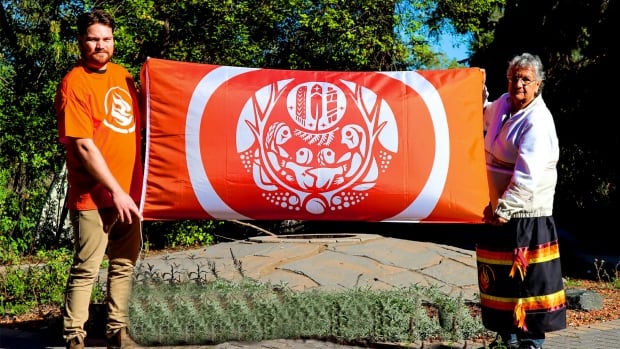 The National Center for Truth and Reconciliation (NCTR) unveiled a flag to honor residential school survivors.

â€œOur people know there are so many unanswered questions about what happened in residential schools, but what happened earlier this spring was just a validation of what Indigenous people have. always said. ”

At the end of May, Tk’emlÃºps te SecwÃ©pemc announced the preliminary results of a radar search penetrating the ground of the former Kamloops residential school. About 200 potential landfills have been identified. Further research is underway at sites across Canada.

The concept for the survivors flag emerged during a discussion about when it would be appropriate to hoist the Canadian flag again, after they were lowered following the discovery in Kamloops, said Christine Lenze, who was in charge of the project.

â€œThe project quickly turned into conversations with individual survivors, which gave them a space to share very personal experiences and thoughts on the messages design should embody,â€ said Lenze.

The flag was designed during six weeks of consultation, discussion and collaboration with survivors from across Canada and the CNTR.

Concepts were sent to survivors for comment and while not all ideas could be included, Lenze said there had been rich conversations about what was important to survivors and what made the project special.

There are nine elements of the flag which were selected by more than 30 survivors involved in consultations with the NCTR.

One of the elements of the flag is the inukshuk, used as a navigation guide by the Inuit and linked to their traditions.

Levinia Brown, an Inuit survivor of residential schools in Rankin Inlet, Nunavut, said recognition of the children and their experiences is long overdue.

Brown said it is important for Inuit to be included in reconciliation processes, as they have also experienced residential schools and federal day schools.

â€œThe healing process seems to be going slowly, but it will take some time,â€ she said.