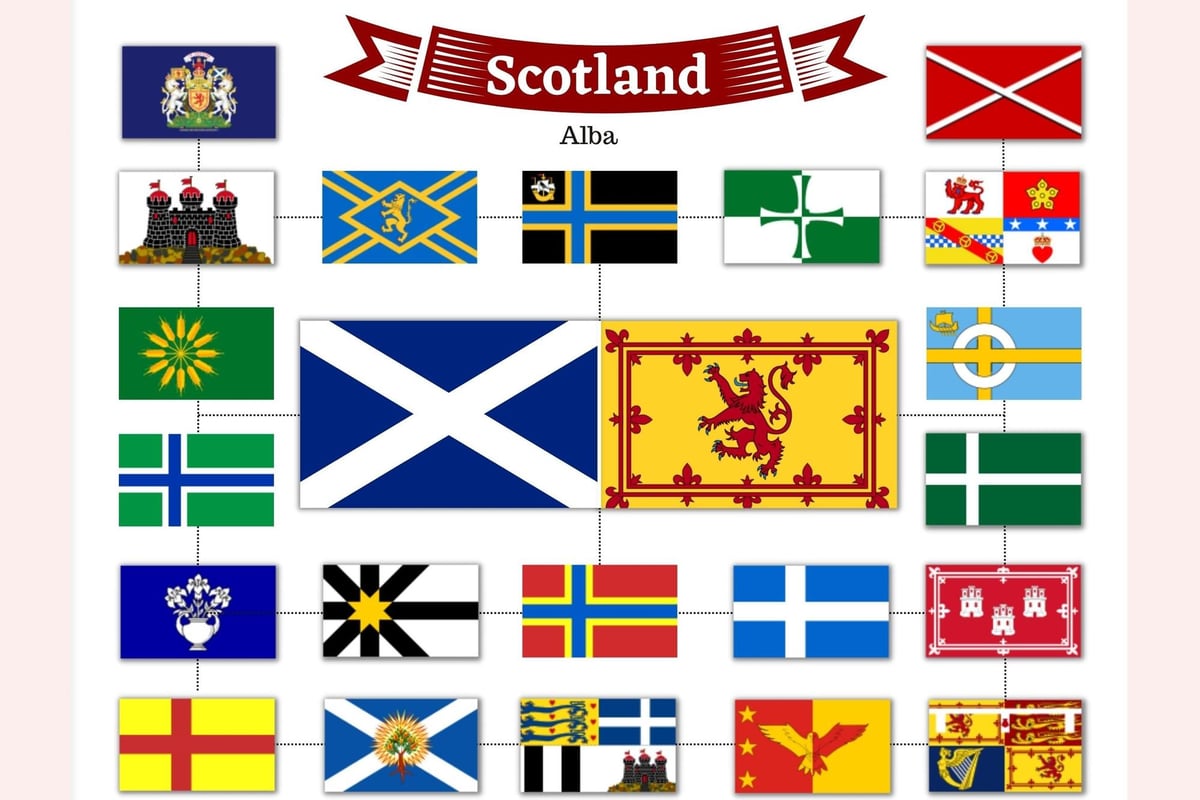 Flags of Scotland: 29 Scottish flags from history and their meanings, starting with the Saltire and the Lion Rampant

By Paul V. MaganaNovember 9, 2022No Comments

Countries have flags because they act as symbols of their nation and community which – in theory – have similar beliefs, goals and commitment to laws and regulations within a defined territory. However, if history teaches us anything, it’s that morals as well as borders can change sporadically and many countries have flown a multitude of different flag designs over the years.

In fact, Diplo reports that Afghanistan alone has changed its flag 30 times in the past 100 years. But what about Scotland? Well, as a country with a rich and sometimes dark history, our many islands, regions, towns, organisations, royalty and more have seen myriad designs of flags hoisted high in the good Scottish skies.

To show what we mean, here is a (non-exhaustive) list of 29 flags used in Scotland, when they were flown and what they represent.

The current flag of Scotland is also known as ‘Saint Andrew’s Cross’ or ‘Saltire’ and it is believed to date back at least 500 years, but the story of its origins dates back to biblical times. It is said that in 60 AD Saint Andrew, the patron saint of Scotland, was to be crucified and he felt unworthy to do so on a traditional cross and therefore the X-shaped or ‘Saltire’ cross that we let’s see today was used instead.

The Royal Banner of the Royal Arms of Scotland, also known as the “Lion Rampant”, serves as the official banner of the Queen or King in Scotland. The first recorded use of this flag as a royal emblem in Scotland was in 1222 by Alexander II.

The Royal Banner of Scotland is not the only one to feature a rampant lion, this flag was registered in 2018 and it features a “blue field with a gold saltire canceled in blue”.

Caithness is a historic county located in the far north of Scotland, this flag – in use since 2016 – represents the unique identity of this region of Scotland as it is linked to Norse culture and the Vikings, represented by the cross , while the blue and gold represent the sea and the beaches of the region. Caithness’ maritime heritage is represented by the boat and the raven on its sail also appears on the county’s civic coat of arms.