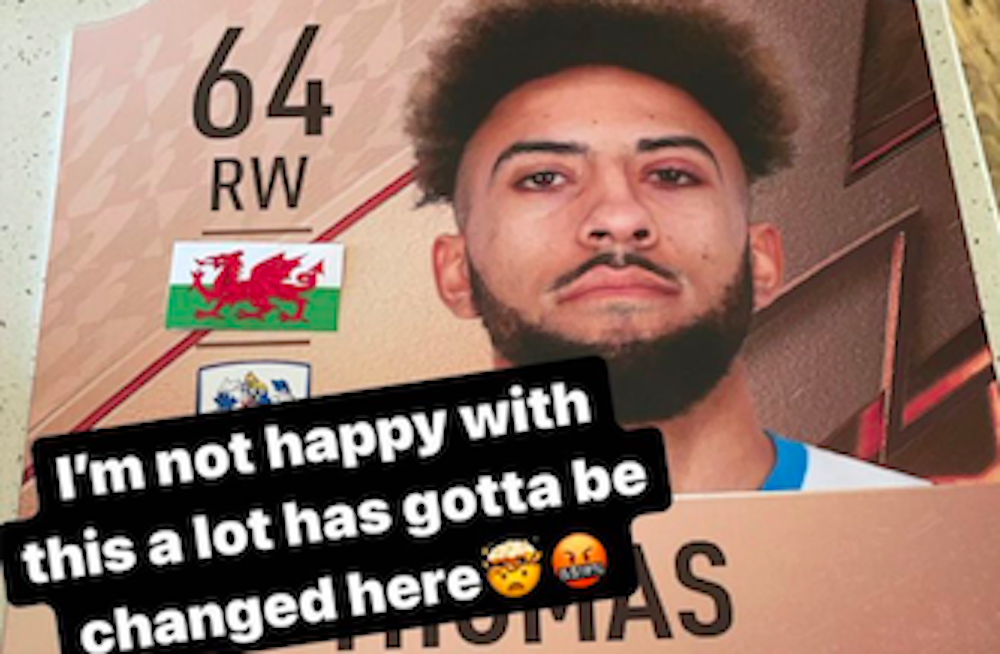 Not only did he take offense at his ratings on the best-selling game, but he was so mortified his card featured the English flag, he cut out a small Welsh flag and covered the offending item.

In a post on his Instagram, the player whose mother is from Newport and who spoke about his aspirations to play for Wales, wrote: “I’m not happy with this, a lot needs to be changed here. “

The post certainly impressed the Wales fan base, who immediately called for his inclusion in Wales’ next squad.

Sorba Thomas cut out a small Welsh flag and placed it over the English on his fifa card.

Which boy. Put him in my national team #Cymru ?? pic.twitter.com/ZUDUWu6PDL

He certainly has a good chance, given he’s been Huddersfield Town’s all-star player this season and was named league player of the month for August.

He also spoke of his desire to play for Wales, with international boss Robert Page saying he was watching the winger’s form after confirming his eligibility.

In a recent interview with the BBC, he said: â€œMy mother was born in Newport. If I keep doing what I’m doing, I hope I can achieve one of my personal goals and make my mom happy.