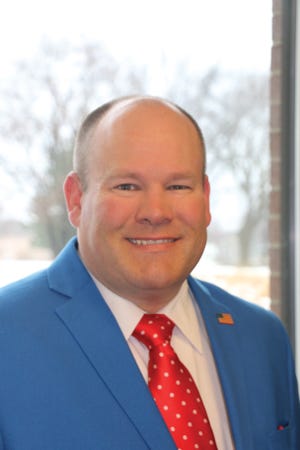 For those who gave their lives, I respect the national symbols

As someone who served in the US military and participated in the Persian Gulf War, I have deliberately tried not to seek praise or recognition for what I saw as a duty to my country. And it was an honor to be among others who felt the same and to be a part of something bigger than me.

After completing my enlistment in 1992, I returned to Des Moines and joined Beaverdale VFW Post # 9127. It was one of the largest VFW stations in the state of Iowa and largely comprised of WWII veterans at the time. Many of our members have witnessed many fights including the Japanese attack on Pearl Harbor, North Africa, Anzio, the invasion of Normandy, the Battle of the Bulge, Midway, Iwo Jima, Okinawa and others. battles that took place in theaters of operation in Europe and the Pacific. .

As an active member of my VFW and as a post commander, at one point I have probably known hundreds of Soldiers, Sailors, Airmen and Marines who served in WWII. These men fired rifles, drove tanks, piloted planes, and sailed ships. Their rank ranged from private to colonel, but they all put on uniforms and did their duty.

Earlier this year, as I was door-to-door for U.S. Senate races in Georgia, I stood on the porch of Walter Matthau of Savannah, a 98-year-old WWII Marine who had participated in the bloodiest battles in the Pacific. We discussed his service in the Marines and exchanged some war stories. After we finished our conversation and as I walked away, I realized that this was probably the last conversation I will ever have with someone who served in combat in this war.

Over the past few weeks, I have reflected on the hundreds of conversations I have had with the men who fought in WWII and have come to the following conclusion: these men did not fight for the flag or the national anthem, or the Pledge of Allegiance. They fought because they had to. It was a terrible necessity and something that could not have been avoided. But kneeling down to protest against our country is something they would never have considered, and not because it would be unpatriotic. They would never have knelt down to protest because they would have found it horribly disrespectful to their friends and family members who served in uniform and never returned home alive.

This is the same reason why I can never kneel down for our flag, protest our hymn, or refuse to take the oath. Showing respect for the symbols of our country is a demonstration of our gratitude for the sacrifice of those who served in uniform. And the long tradition of honoring these people at community gatherings and sporting events transcends political sentiments, however severe the injustices of the past and present may be.

As someone who loves our country and encourages everyone to enjoy the freedoms offered by our Constitution, please understand that your actions speak louder than your words. And showing respect for the country’s symbols pays homage to our fallen heroes.

Will Rogers served in the United States Army and participated in Operation Desert Storm. He was the commander of his VFW Post # 9127, president of the Tifereth Israel synagogue and chairman of the Polk County Republican Party.