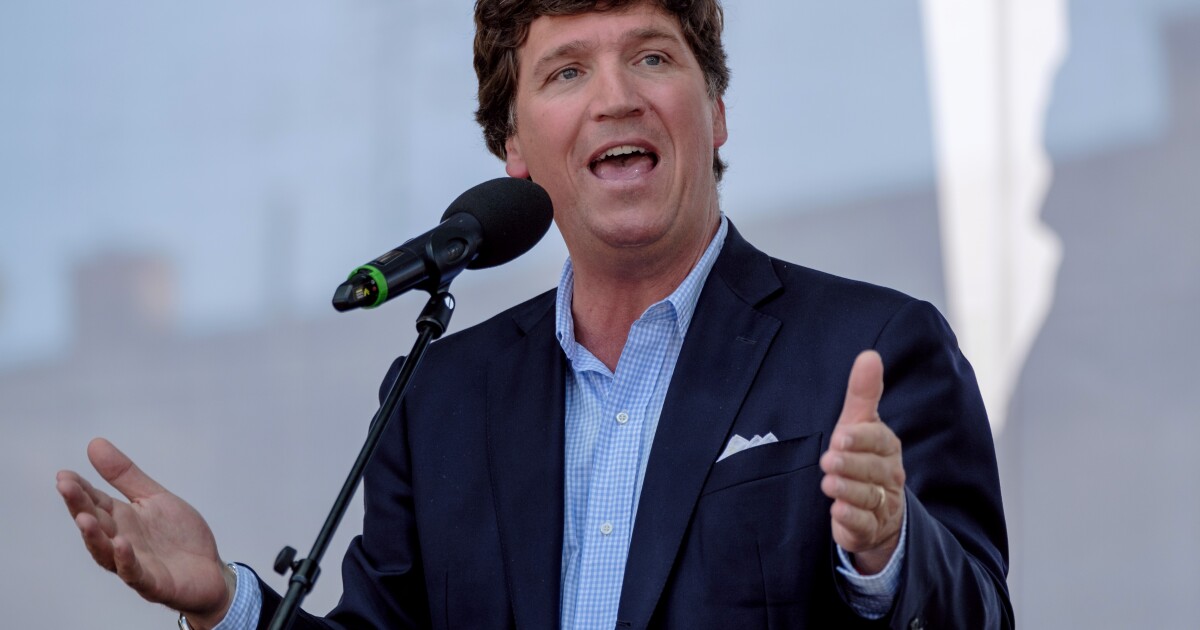 Fox Nation, the streaming service operated by Fox News, released the first part of a documentary by Tucker Carlson that dubiously claims that the January 6 insurgency on Capitol Hill escalated with the involvement of the U.S. government.

The opening episode of the three-part series titled “Patriot Purge” became available for viewing on Monday, despite the backlash from the Anti-Defamation League and reports from the Fox News Washington office disputing the entire program. by Carlson. Fox News ran trailers for the “Patriot Purge” calling it “The True Story Behind 1/6”.

Carlson, the top-rated Fox News personality known for his inflammatory comments, said in the documentary that “Federal agencies have a long history of trapping Americans in fabricated plots” and the Jan. 6 event – which resulted in the deaths of five people, including a Capitol police officer – were a peaceful protest demanding “electoral integrity” until crowds were incited to commit violence.

There is no evidence of such FBI involvement, a fact reported by Fox News reporters.

While Fox News is known for giving its opinion leaders great leeway in discussing issues, which sometimes go beyond the bounds of disinformation, the Carlson documentary appears to be particularly egregious. A Fox News representative declined to comment on the program.

The program goes on to say that the incidents on January 6 are being used by law enforcement to persecute supporters of former President Trump, claiming that “the left is chasing the right.”

The content of the documentary reflects the debunked conspiracy theory that the FBI is involved in the riots previously featured by Carlson on his nighttime Fox News show.

At Fox News, Carlson is widely authorized to present his point of view. In a defamation lawsuit filed against the network last year, Fox News attorneys successfully argued that no “reasonable viewer” would take Carlson’s comments seriously.

Fox News aired a segment on the “Special Report with Bret Baier” on Friday on the ongoing Congressional investigation into the insurgency. It included an interview with Marc Polymeropoulos, a former veteran CIA officer who rejected the idea that January 6 was a “false flag” operation. The term was used in a trailer promoting Carlson’s series.

Congress has considered evidence that former President Trump resisted Jan.6 calls from Republican lawmakers and his own advisers to implore protesters to disperse and that his lawyer continued to urge Vice President Mike Pence to cancel election results as the insurgency unfolded. . Trump encouraged his supporters to march on Capitol Hill in a speech that morning.

Even the trailer for Carlson’s prime-time show on Fox News drew outrage from critics.

Carlson’s program also received a reprimand last week from his Fox News colleague Geraldo Rivera, who criticized him on Twitter and in an interview with the New York Times. â€œI’m probably going to be in trouble for this – but I wonder how much is done to provoke rather than enlighten,â€ Rivera said in the interview.

â€œPatriot Purgeâ€ is produced and written by Carlson and the staff who make up its prime-time nightly program. No Fox News reporter is involved in the production.

The program, which looks like a half-hour political commercial with dozens of quick edits of news footage, only airs on Fox Nation, a streaming service that Fox News Media has described as a streaming service. â€œEntertainment and lifestyle programmingâ€ that appeals to conservative viewers with real crime shows and patriotic-themed documentaries.

Fox Nation has over one million subscribers who pay monthly fees for the ad-free service. The streaming platform is not under pressure from advertisers, unlike Tucker Carlson’s prime-time Fox News program, which has seen an exodus of major sponsors unwilling to be associated with his views.