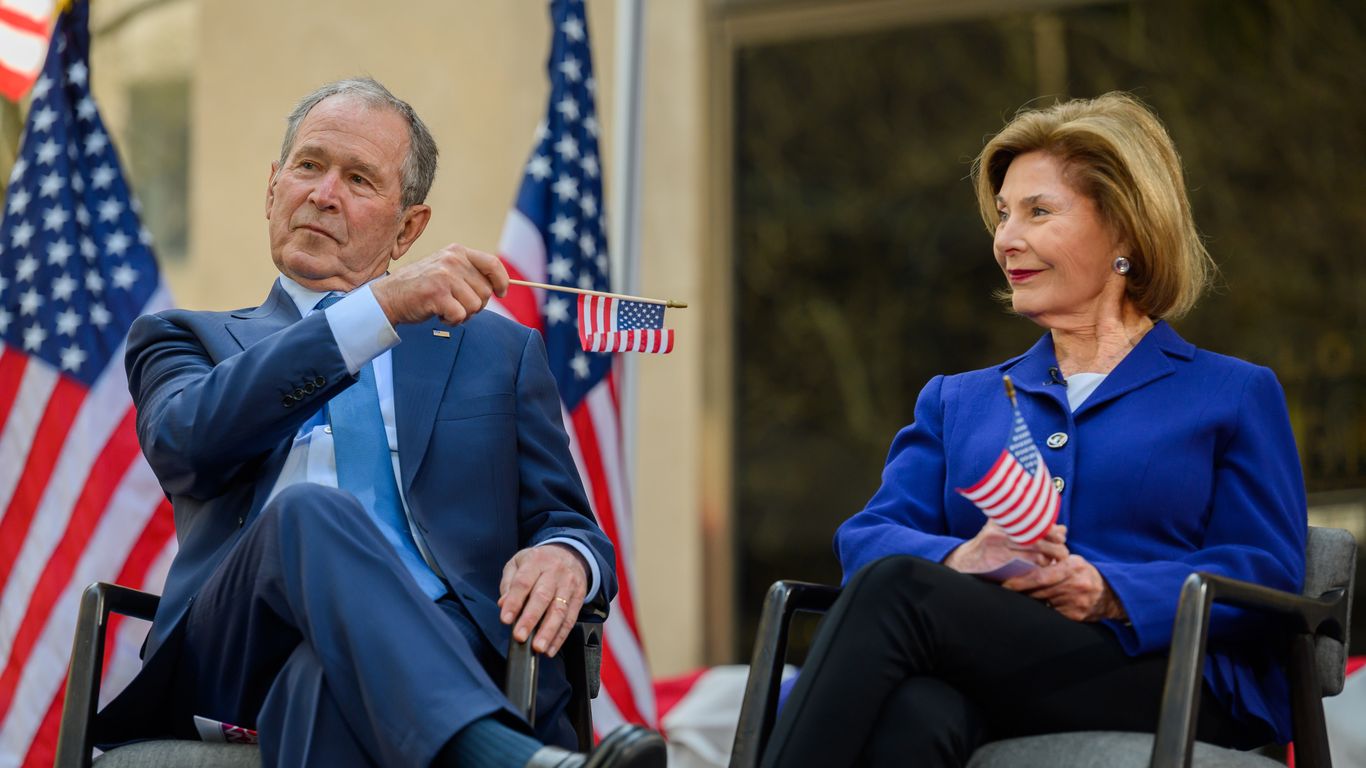 Former President George W. Bush and First Lady Laura Bush will be honored for their “extraordinary leadership” in the fight against HIV/AIDS at a ceremony in Washington, DC, next month, Global Leadership announced Thursday. United States coalition.

Driving the news: The Bushes will receive the Global Leadership Award on December 1, World AIDS Day, at the USGLC’s annual tribute celebration for the launch of the President’s Emergency Plan for AIDS Relief (PEPFAR). ) 20 years ago, by A declaration of the coalition.

What they say : Liz Schrayer, president and CEO of the USGLC, said in the statement that the Bushes were recognized for their “transformational leadership” and “continued inspiration and commitment over the years that have saved more of 21 million lives”.

The big picture: “PEPFAR is the largest single-disease commitment by any nation in history, with unprecedented success made possible by strong bipartisan support in four presidential administrations and 10 congresses,” according to the USGLC.