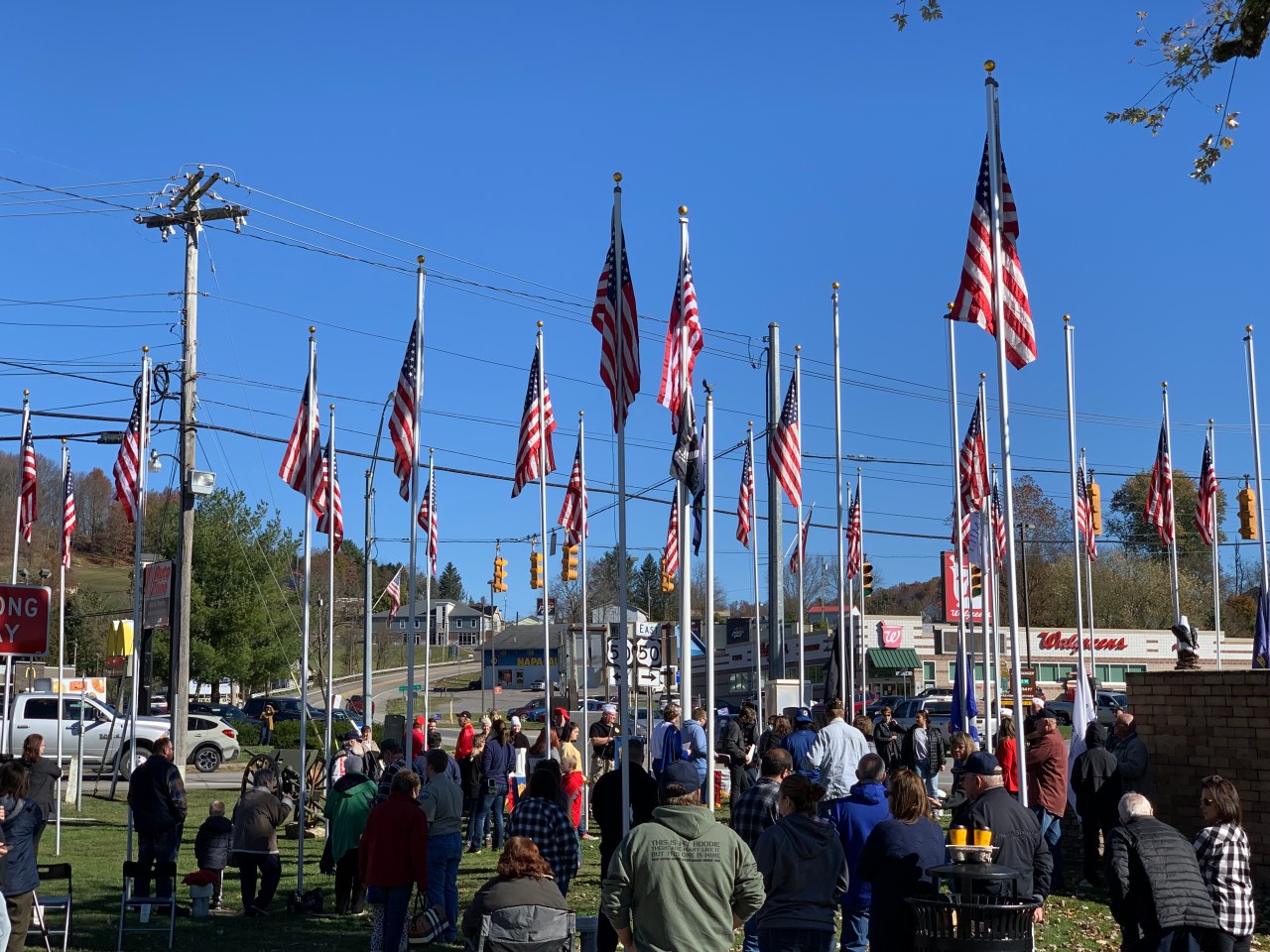 By Paul V. MaganaNovember 6, 2021No Comments

GRAFTON, W.Va. – The American Legion of Taylor Co. hosted a flag-raising ceremony on Saturday afternoon to kick off “Veterans Week.”

A total of 50 flags were hoisted and the people who raised them included the mayor, city council, members of VFW, State of Boys and Girls. David L. Robinson, the commander of American Legion Post 12, said there were so many people representing so many groups that he couldn’t list them all. Either way, he said he was grateful to each of them for giving of their time to do something so distinctly Grafton.

The 50 flag poles used in the ceremony, Robinson said, were recently replaced.

He said the flag poles have always been there in what is known as the city’s flag alley. But, they were so old that they started to look “in rags”.

The American Legion, along with local businesses and citizens came together to raise funds and replace the poles. Now they can use them for Veterans Week.

“It’s wonderful to be able to do this,” said Robinson. “I mean, we weren’t sure we were going to get there. But we did it thanks to the generosity of everyone I mentioned. And, we maintain a lot. There is a group of gentlemen who come in to maintain, mow the grass, keep the equipment ready and all that. It is very gratifying for us that this is happening.

According to Robinson, the most important part of Veterans Week is Veterans Day. The town of Grafton will of course host a parade.

“This Thursday we will have a veterans ceremony at 11 am at Walnut Street National Cemetery,” said Robinson. “And then that night at 6 p.m. there will be a Veterans Day parade through the town of Grafton.”

Robinson said the parade will begin at the B&O depot in the Elks building.