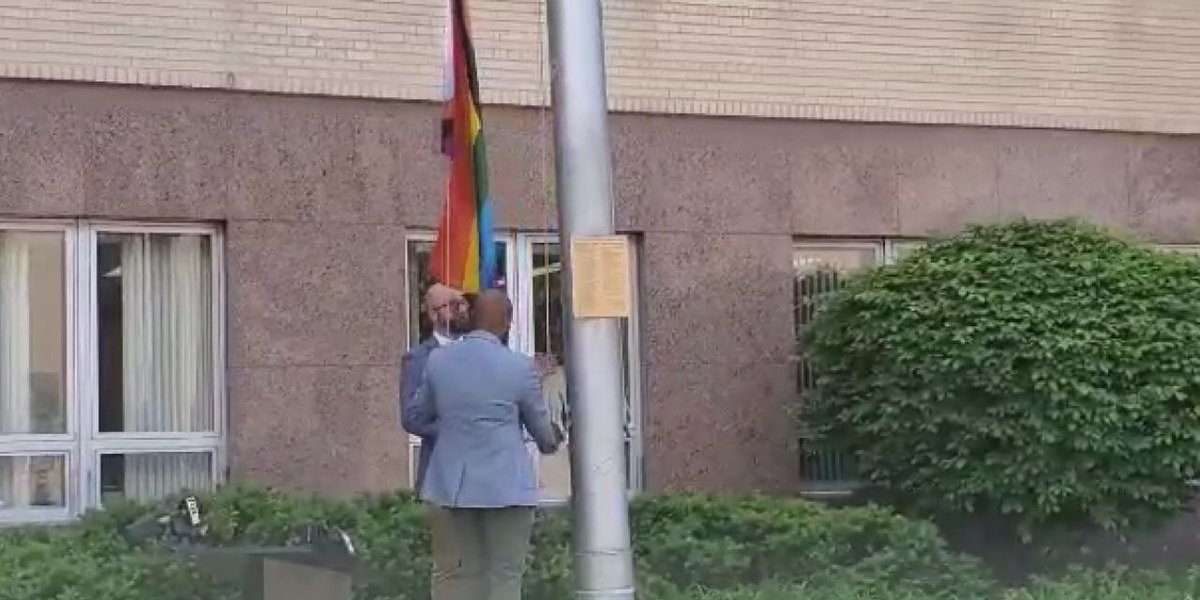 GREEN BAY, Wis. (WBAY) — Green Bay staff are reviewing a flag ban policy that some alders are pushing again for the city to enact.

It comes after a vote to create such a flag policy failed in June, when the mayor voted against it.

The discussion and vote was in response to Mayor Eric Genrich raising the pride flag representing the LGBTQ+ community at City Hall in June during Pride Month. It was the first time in the city’s history that the Pride Flag was raised at City Hall.

Still, some alders want to take away the authority of Mayor Genrich and future mayors to fly flags other than American, state or city flags.

“I think we shouldn’t be subject to the political or social whims of one person and one person who just happens to be our mayor,” said District 8 Alderman Chris Wery. , it could go in a number of different directions.”

Wery raised the issue of a flag policy at the Politics and Protection Committee on Monday as he had at the committee’s meeting in June. Other alders also commented supporting his view on a ruler.

“We need some consistency and we need something in place to protect the city in the future from any group that doesn’t feel like they’ve been given the same opportunity,” said Alderman Jesse Burnette of District 12.

But the discussion was pushed back by District 7 Alderman Randy Scannell.

“Are there people who are upset that we flew a pride flag? Yes, I recognize that and I will not support that kind of bias,” Scannell said.

City Council rejected such a proposal on June 28 when Mayor Genrich gave the deciding vote against.

Like the president of the United States and the governor of Wisconsin, the mayor has the power to decide which flag is flown on city buildings, according to his office.

Several activists were appalled that such a ban was being considered again.

“I think they’re making it a bigger issue than necessary. Because it’s a flag, it doesn’t physically hurt anyone. I think it shouldn’t be an issue at all,” Tara Yang said. , chair of the city’s Equal Rights Commission.

“What the flag really represents is a celebration, a celebration of all that members of the gay, lesbian and trans communities have had to overcome,” said Jon Shelton, vice-chairman of the commission for equal opportunities. rights.

City staff are currently reviewing the establishment of an alder policy and they expect it will not be voted on by city council until the end of this year.