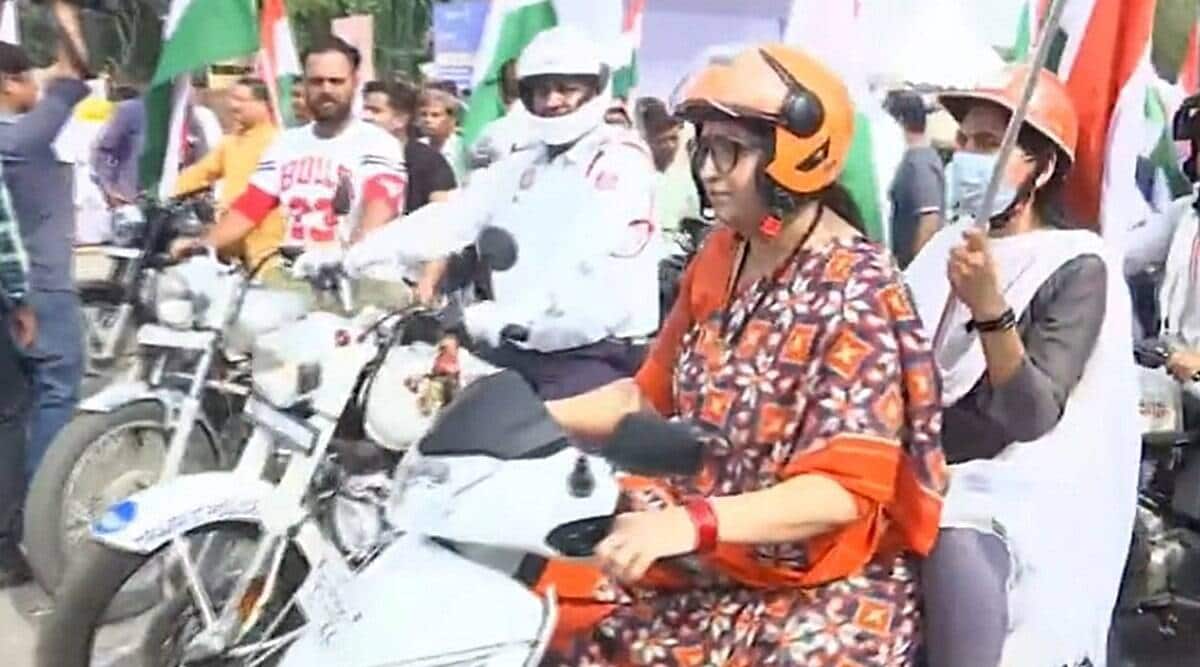 Deputy Speaker and Chairman of Rajya Sabha Venkaiah Naidu along with Union Ministers Pralhad Joshi and Piyush Goyal announced the Tiranga Bike Rally for MPs from all parties in Delhi on Wednesday. The rally will end at Vijay Chowk in the nation’s capital.

As India celebrates its 75th Independence Day on August 15, the central government has launched the “Har Ghar Tiranga” campaign. To make the flags easily accessible to the public, Parliament recently amended the Indian Flag Code of 2002, allowing the use of national flags made from machine-made polyester. The 20 x 30 inch polyester flag is available at Rs 239.

To make the flags easily accessible to the masses, the government has also tapped e-commerce giants like Amazon and Flipkart. In another Code amendment, Indians can now fly the national flag at any time, even after sunset.

Led by the Union Ministry of Cultural Affairs, the government is ensuring that at least 30 million households fly the Indian flag atop their homes between August 13 and 15.

On Tuesday, Prime Minister Narendra Modi changed his display photo on all his social media accounts to the Indian national flag and urged all citizens to follow suit and use the tricolor in their profile pictures on media accounts. social between August 2 and August 15.

“It’s a special August 2 today! As we mark Azadi Ka Amrit Mahotsav, our nation is ready for #HarGharTiranga, a collective movement to celebrate our tricolor,” he tweeted.

“I have changed the DP on my social media pages and I urge you all to do the same,” he added.

“From August 13 to 15, wave flags in your homes with great enthusiasm to tell the world that India has risen from its slumber and is moving fast and is on its way to becoming great,” said the Minister of the Interior.

Culture Minister G Kishan Reddy said the ‘Tiranga’ campaign from August 13-15 will not just be a ‘sarkari festival’ but the ‘festival of the nation’.