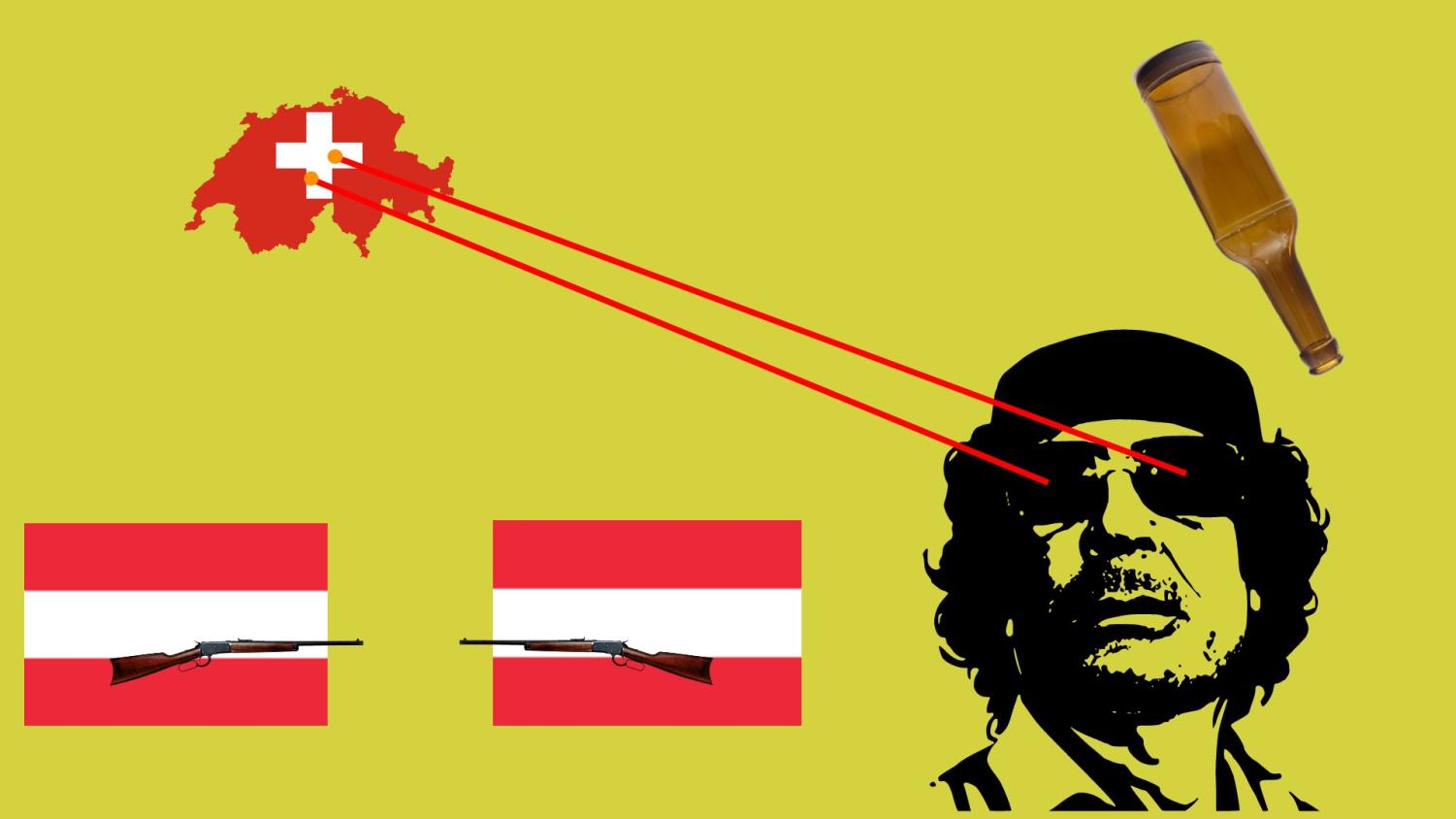 History’s Most Ridiculous Moments – The Voice of Irvington

The past is filled with people and events that are far stranger and funnier than anything we can imagine. Here is a compilation of what I think are some of the best in history. Enjoy!

The Battle of Karansebes

In 1788, the Austro-Hungarian Empire was at war with the Ottoman Empire and a large Austrian force was garrisoned in the small town of Karansebes in modern Romania. Late at night, a group of hussars (Austrian cavalry) scouted for the Ottoman troops – instead of finding Ottomans, they found a group of gypsies offering to sell them alcohol. Naturally, they accepted. As they grew increasingly drunk, a contingent of Austrian infantry arrived and began demanding some of the drinks for themselves. In response, the hussars deployed for battle. Shots were exchanged and a drunken confrontation erupted into a full-scale war between Austrians and Austrians. As the night wore on, the Austrians began to push the Austrians back, resulting in the Austrians’ flight in a decisive rout. The noise awoke sleeping Austrians at the main camp, who all assumed they were being attacked by Ottomans and panicked. The forest turned into a free-for-all massif that claimed hundreds of lives, with Austrian Emperor Joseph II eventually ordering a general retreat against the non-existent Ottoman force. When the real Ottomans finally arrived a few days later, they found a deserted town and occupied it with no casualties.

Libyan dictator Muammar Gaddafi is well known for having slipped a bit. He lived in a tent on trips abroad, called Israelis and Palestinians “idiots” at an Arab summit, and once said at a conference in Rome that it was not not Jesus, but “one like him”, who was crucified. In terms of absurdity, however, all of this pales in comparison to his dispute with Switzerland.

It all started in 2008, when Swiss police arrested Gaddafi’s son and daughter-in-law for abusing hotel staff. They were released after only two days, but those two days were enough for Gaddafi to go mad. He forcibly shut down Swiss businesses in Libya, withdrew money from Swiss banks and arrested two unfortunate Swiss citizens who were in Libya at the time. But that was not enough for him; at the upcoming G8 summit, Gaddafi proposed to a shocked room of world leaders to remove Switzerland from existence dividing it between Italy, Germany and France. When the UN failed to act on this thoughtful proposal, Gaddafi’s son publicly declared that if he had nuclear weapons, he would vaporize Switzerland. The situation deteriorated so much that the Swiss president issued an official apology to Libya, which angered the Swiss people and did nothing to appease Gaddafi’s anger. It took the death of Gaddafi at the hands of rebels in 2011 for diplomatic relations between the two nations to finally normalize.

Djordje Martinovic was a Serbian farmer living in Yugoslav Kosovo in the 1980s. For reasons well known to himself, Martinovic decided one day to stick a bottle of beer up his behind, wide side first. Needless to say, it was a pretty terrible idea. Martinovic soon realized this when the bottle suddenly broke, embedding glass fragments in his body and causing painful internal injuries. Probably knowing that he would be the laughingstock of the whole nation if he told the truth about what had happened, he decided to blame the Albanians instead and tell the hospital staff that he had been attacked while working in his field. In ethnically divided Kosovo, that didn’t work out well, and the Yugoslav government eventually formed two commissions to investigate the incident (yes, two separate government commissions to investigate the fact that a guy pushed a bottle of beer in the back). In the end, it was generally accepted that Martinovic’s injuries were self-inflicted and no one was prosecuted. But the ethnic tension heightened by the incident remained and contributed to the breakup of Yugoslavia years later.