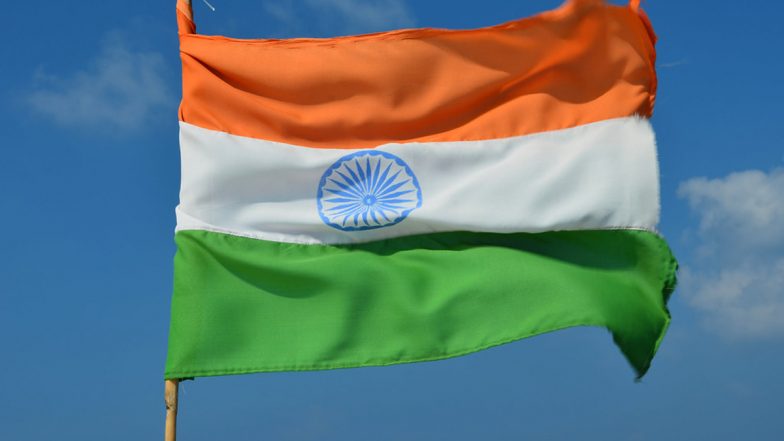 How to make the National Flag of India for Indian Independence Day 2022? Easy DIY video tutorials to make a Tiranga or tricolor flag at home that has a special reverence in our history

India celebrates Independence Day on August 15, which is a public holiday across the country. The occasion has a lot of symbolism and a unique respect for the nation’s struggle for freedom. On the day of Swatantrata Diwas, the sky is dotted with countless kites of various sizes, shapes and colors, representing the free spirit of India. Another symbol is Delhi’s Red Fort, where Prime Minister Jawahar Lal Nehru unveiled the flag of India on August 15, 1947. Likewise, the most essential part of celebrating any event for the benefit of the nation is hoisting the flag. The national flag of India is a horizontal tricolor of dark saffron at the top, white hue in the middle, and dark green at the bottom. Through several political and national developments and the vicissitudes of time, the current national flag evolved into the tricolor or tiranga as we know it today. India Independence Day 2022: Know the historical date, significance and celebrations of August 15 to commemorate the liberation of the nation from British rule.

It is important to note that all colored portions of the tricolor must have equivalent proportions. The ratio of the width of the flag to its length is two to three. The chakra, a navy blue 24-spoked wheel, is made in the center of the sign in the white band. The flag of any nation represents its worth and strength and is a sign of pride and patriotism. Therefore, anyone wishing to hoist a flag or purchase it from any store to commemorate such an occasion should be aware of the rules of the designated government in this regard. If you’re looking for ways to make a tricolor with basic home materials, we’ve got everything you need here. Watch the videos below which will give you an idea of ​​how to make DIY paper flags to celebrate Independence Day 2022. Har Ghar Tiranga Rules: Government Changes National Flag Code; Know the terms and conditions to avoid the incorrect display of the tricolor sign at home.

Watch how to make an Indian national flag at home

DIY tutorial videos to make a tricolor with basic materials

Please emphasize that a national flag should not be used for decorative purposes. After the event, do not toss or throw the flag out into the open as it is our country’s symbolic identity that should be esteemed by every citizen.

(The above story first appeared on LatestLY on July 28, 2022 at 3:56 PM IST. For more news and updates on politics, world, sports, entertainment and lifestyle , log in to our website latestly.com).