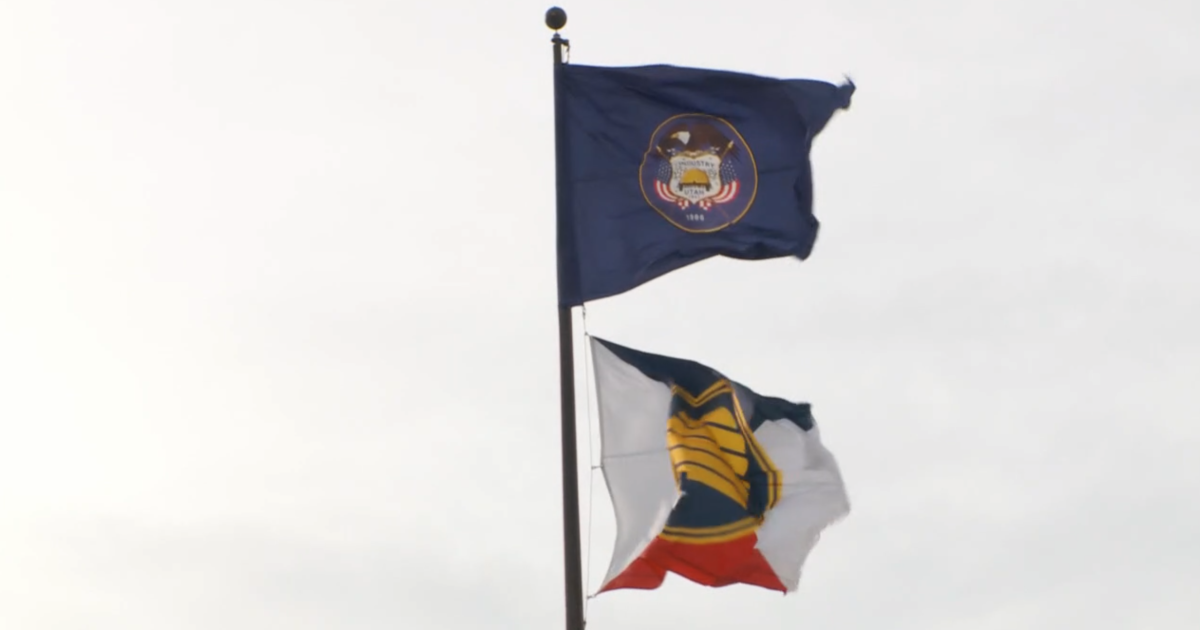 How you can help design the new Utah state flag

SALT LAKE CITY – Utah will be getting a new state flag, and you can help design it.

State officials are asking people to start drawing new designs, or just to contribute elements and themes that it should include.

â€œYou can design a flag and submit it,â€ said Jill Remington Love, executive director of Utah’s Department of Culture and Community Engagement, who will oversee the new flag design process that begins in earnest in mid-January. .

The Utah State Legislature passed a bill earlier this year to begin the process of redesigning the current state flag, which has been criticized for being very boring and complicated.

“Our flag, as it is now with the state seal on a blue background, is really not that unique,” said Sen. Dan McCay, R-Riverton, who passed the bill to create the new flag. “It can be much simpler and much more distinct and share our message and our Utah story much better.”

The legislator also adopted a commemorative flag that depicts the iconic Utah beehive on a red, white and blue X-pattern. Part of the reasoning for this flag is to show people what a new flag might look like.

“We’re looking to change things up a bit with the state flag andâ€¦ give people the opportunity to have a say,” Senator McCay told FOX 13.

A working group overseeing the flag design process plans to involve schools, historic and multicultural community groups in the creation of a new one. Criteria include simple designs, meaningful symbols, and basic colors. Senator McCay points to states with instantly recognizable designs such as New Mexico, Texas, Colorado and Arizona.

The task force commissioned an investigation which found the Utahns are also divided over a new state flag. Y2Analytics’ survey of 777 Utahns found that 21% said they were aware of the current flag; 45% answered “a little”; 21% responded â€œnot very; And 12% did not know him at all.

The survey found that 46% currently express pride in the Utah state flag, but only 28% said they would wear the flag on clothing or accessory.

When asked whether they support or oppose the redesign of the Utah state flag, 36% of those polled said they were in favor of the change; 35% oppose it and 29% were not sure. Among those results, Senator McCay replied: “29% said sell me the idea and we will come back.” “

Senator McCay said he believes that once the public engagement process begins, they might win over uncertain and even certain opponents when they start to get designs and ideas.

Love said they plan to travel around the state to visit libraries, schools and community events to ask people to draw a new flag or submit ideas. The Department of Culture and Community Engagement has also launched a website that will begin receiving submissions next month..

“We’re really looking for simple ideas where we can all see each other in that flag. And that’s what flags can do, is they can really unite and bring the community together,” she said in a recent interview with FOX 13.

In July, Senator McCay said he wanted to finish collecting ideas and then involving professional artists to create finished products based on audience input. The legislature could vote on a new state flag by November. Senator McCay said a public vote would not take place now because voting software and paper ballots are unable to properly display a flag for all voters, but he hoped the community engagement would suffice.

Love said the public comments gathered along the way would be used for other purposes as well.

â€œIt could help light up a new state history museum. It could light up a new campaign for economic development or for tourism. It’s not just for the flag,â€ she said.

But when it does, Love said, she would like the Utahns to have something instantly recognizable that inspires pride in the state.