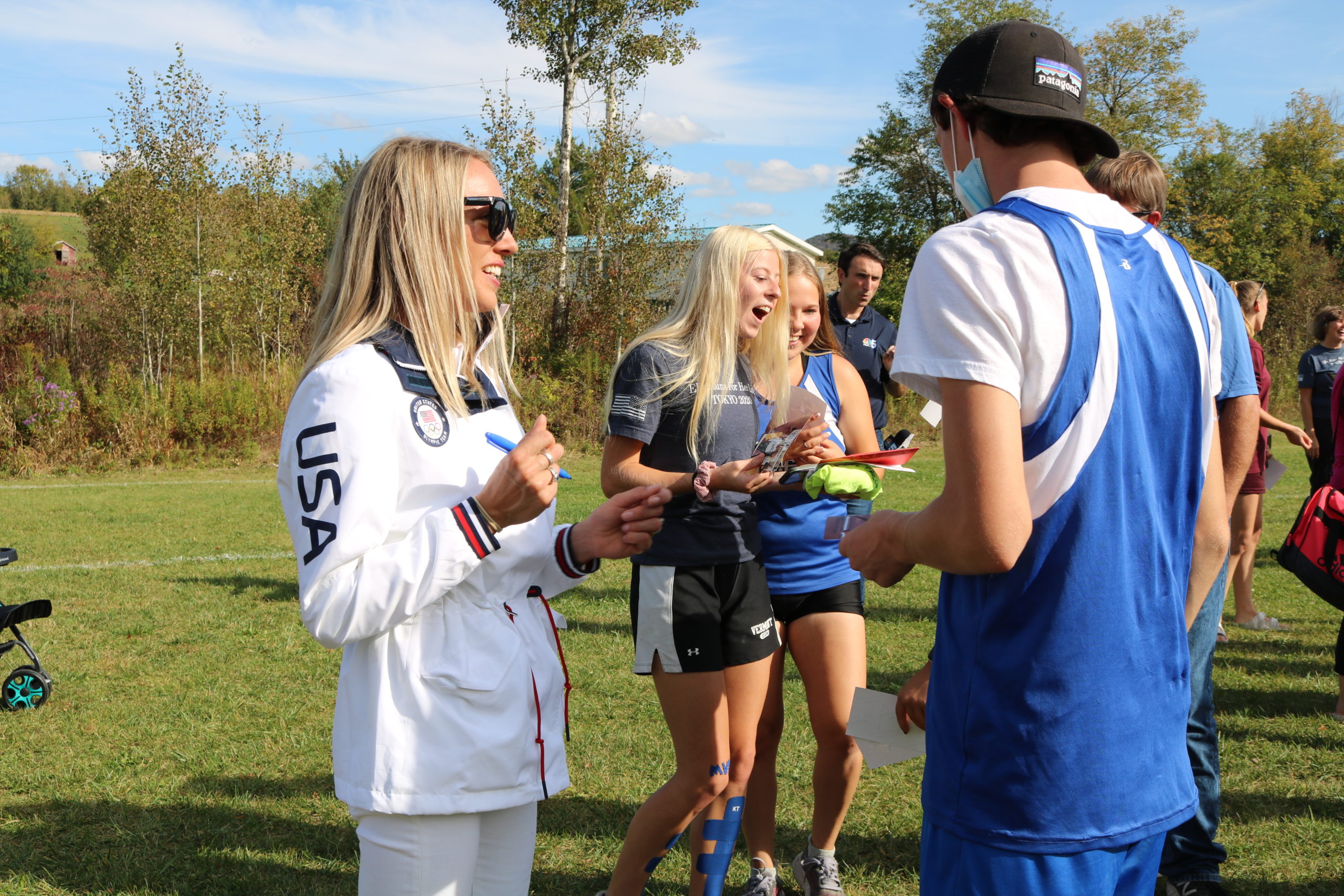 RICHFORD – When Elle Purrier St. Pierre was on the track for her first run of the Tokyo Olympics, she saw a message appear on her phone.

It was a photo of a large American flag hanging from a fire engine on Main Street in Richford, a short walk from high school she graduated from in 2013.

â€œI immediately started to cry,â€ Purrier St. Pierre told a large crowd of family, friends and neighbors. â€œI can’t begin to explain how much your compassion and support throughout this experience has meant to me. “

Hundreds of people came to Richford on Saturday afternoon for a parade and ceremony welcoming Purrier St. Pierre home after the summer games.

The education of Purrier St. Pierre on a dairy farm made national headlines. Working on the farm as a child was â€œintegral,â€ she said, making her the runner she is today.

â€œI learned to be tough. How to have a sense of responsibility, â€she said. “And, to work hard with my family, day in and day out, to take care of something.”

In an interview, Purrier St. Pierre said she took a break from running on her return from Tokyo, but has since started training again. And, yes, she has helped both the family farm in Montgomery and her husband’s farm in Berkshire.

She said the Olympic Village was isolated from the rest of Tokyo amid strict pandemic restrictions, but it was “really cool” to meet other athletes from around the world.

Ahead of the final race, Purrier St. Pierre said she prepared by remembering to trust her years of training and to enjoy the experience as well.

â€œIt’s not every day that you go to the Olympic final,â€ she laughed. “I thought to myself that I really just wanted to take a moment and just soak it up.”

And how was it during the race?

The number of students on the school’s cross-country team has grown from seven to 20 this year, which he attributes to the success of Purrier St-Pierre.

â€œHis name comes up a lot in practice,â€ said Flint.

â€œElle Purrier made me who I am now,â€ he said.