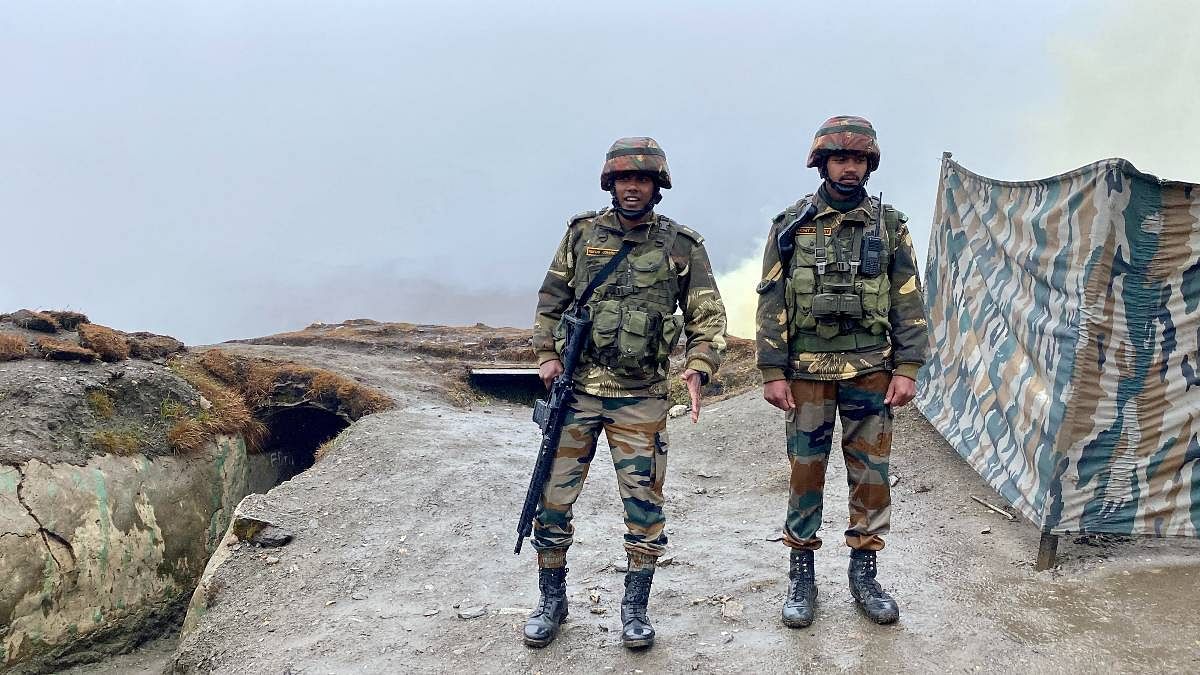 India dropped the ball in Kashmir, but can’t afford ALC along


IThe past month has seen many developments in the security and defense arena in India, which gives us an idea of ​​what the future holds.

The first round of developments took place in Kashmir. The terrorism-stricken region has seen a sudden surge this month in targeted killings of civilians, taking the local administration by surprise after months of what has been projected as a “restoration of normalcy.” This, coupled with infiltration attempts, many of which were also successful, with the deaths of soldiers along the Line of Control (LoC) despite shaky ceasefire terrain, has turned out to be a no-brainer. deadly alcohol which could make the situation worse if preventive measures are not taken.

The other development has taken place along the Real Line of Control (LAC) where the latest round of talks between India and China collapsed.

For those who have followed developments in Kashmir and India and China closely, the two results come as no surprise.

Read also : The weight of the dead Indian soldiers is also found on the missing bulletproof vests. The army needs them now

A peak of terror in Kashmir was expected

The rise of terrorist activities in Kashmir was expected, especially with the situation in Afghanistan and the overzealous push by the Indian administration to make everything there as normal. The fact that things have remained more or less calm since the August 5, 2019 move, despite a greater sense of alienation, was an indication that something was brewing. Not to mention Pakistan’s attempt to smuggle more weapons and ammunition into Kashmir through drones and other means.

Despite what Narendra Modi’s government and security forces might say, the fact is that there has not been a significant drop in terrorist recruitment in Kashmir and that in itself is an indication that things are not so calm as India thought.

The feeling I got from the ground and after meeting several key people involved in the security establishment is that we dropped the ball in Kashmir. The administration seemed to have believed too much in its own projection of ‘all’s good’ that a sense of normalcy had crept into it despite the fact that Kashmir has multiple dynamics at play all the time.

This was also reflected in the type of transfers and assignments that had taken place in the security system, as if it was in states like Uttar Pradesh or Delhi. Transfers and assignments to Kashmir should only be made after evaluating several factors including experience, local background and ability to work getting everyone into the security system. Mere seniority or any other factor cannot come into play in a conflict zone like Jammu and Kashmir.

The fact that the elite counterterrorism unit Special Operations Group (SOG), whose headquarters is dubbed “Cargo,” finally got a full-time police superintendent to lead it after a hiatus of nearly five months, and this, too, after the murders, is a sad example of the priorities.

I argued last year that even though things are calmer in Kashmir, the government should listen to its development throes. What it takes is for the Kashmiris to see the development happening on the ground, which was not really visible on my recent trip. The administration is making a lot of reforms, but the need of the hour is “visible development” on the ground. It takes a concerted effort to reach out to the Kashmiris because without it all the steps taken to hoist the national flag in every corner of Kashmir will be in vain.

At the same time, there should be no slack in sustained counterterrorism operations – both at the tactical and strategic levels where terror financiers and influencers are targeted by investigative agencies.

The problem is, every time the terrorism levels drop, everyone lets go, forgetting that a sustained approach is what is needed in Kashmir.

I can’t afford to drop the ball to China

While the bullet may have been dropped in Kashmir and will be recovered in the coming weeks, India cannot afford to give up on China.

Army chief Gen. MM Naravane recently said that if the Chinese military maintains the deployment during the second winter since tensions began in 2020, it could lead to a LoC-like situation at LAC. Although it is not an active LoC like there is on the Western Front with Pakistan. In fact, last month, I reported that the winter deployment would continue at the BAC even if the 13e India-China round of talks have a breakthrough. The army chief’s comment is therefore not a surprise. Even the LoC-ization of the LAC was feared by a section within the Indian defense and security establishment, which I had reported on in September 2020.

The point is that while disengagement may have occurred in some sticking points, in large part due to India’s decision to withdraw from the Kailash mountain range as demanded by the Chinese, it is unlikely. that the People’s Liberation Army (PLA) move from the plains of Depsang or Demchok at any time. soon. The Chinese have invested a lot of time and money in infrastructure along the LAC as well as in deep areas.

What the Chinese have finally achieved is to convert the LAC to a more informal border. The creation of buffer zones at the friction points has ensured that India’s claims to these areas will remain mere claims on paper with a real physical presence. But the Chinese, who have accumulated in the rear zone near the friction points, have assured that even if border negotiations drag on, the Indians will be in violation of the agreement if they take a step forward, including on the southern banks of the Pangong Tso. .

Read also : Army Focuses on Technology as China Seeks to Test India “Every Two Days” at LAC in the Eastern Sector

And the infrastructure development that has taken place on the Chinese side is not just habitats or roads for additional soldiers, but helipads, surface-to-air missile sites, airstrips and underground bases, among others. , to counter their existing military weakness in the region. This, along with Chinese pressure to create border villages, which will have dual use, and their recent border law is a clear sign that the Chinese have decided to show courage.

Every respectable voice within the Indian defense and security establishment has pointed out that tensions within the LAC have the capacity to turn into something of much more concern. So India cannot afford to lower its guard or slow down the pace of modernization by thinking things are normal at LAC. Because it is not.

We need to take a sustained whole-of-government approach to fighting the Chinese. This means that India’s response options cannot be purely military. India will also need to reach out to friendly nations and join others in the face of Chinese aggression. It is important to be prepared rather than being taken by surprise like India was when the Chinese moved to the Indian side of the LAC last May.

But the news media are in a crisis of their own. There have been brutal layoffs and pay cuts. The best of journalism is shrinking, giving in to crass spectacle in prime time.

ThePrint employs the best young reporters, columnists and editors. To maintain journalism of this quality, it takes smart, thoughtful people like you to pay the price. Whether you live in India or abroad, you can do it here.