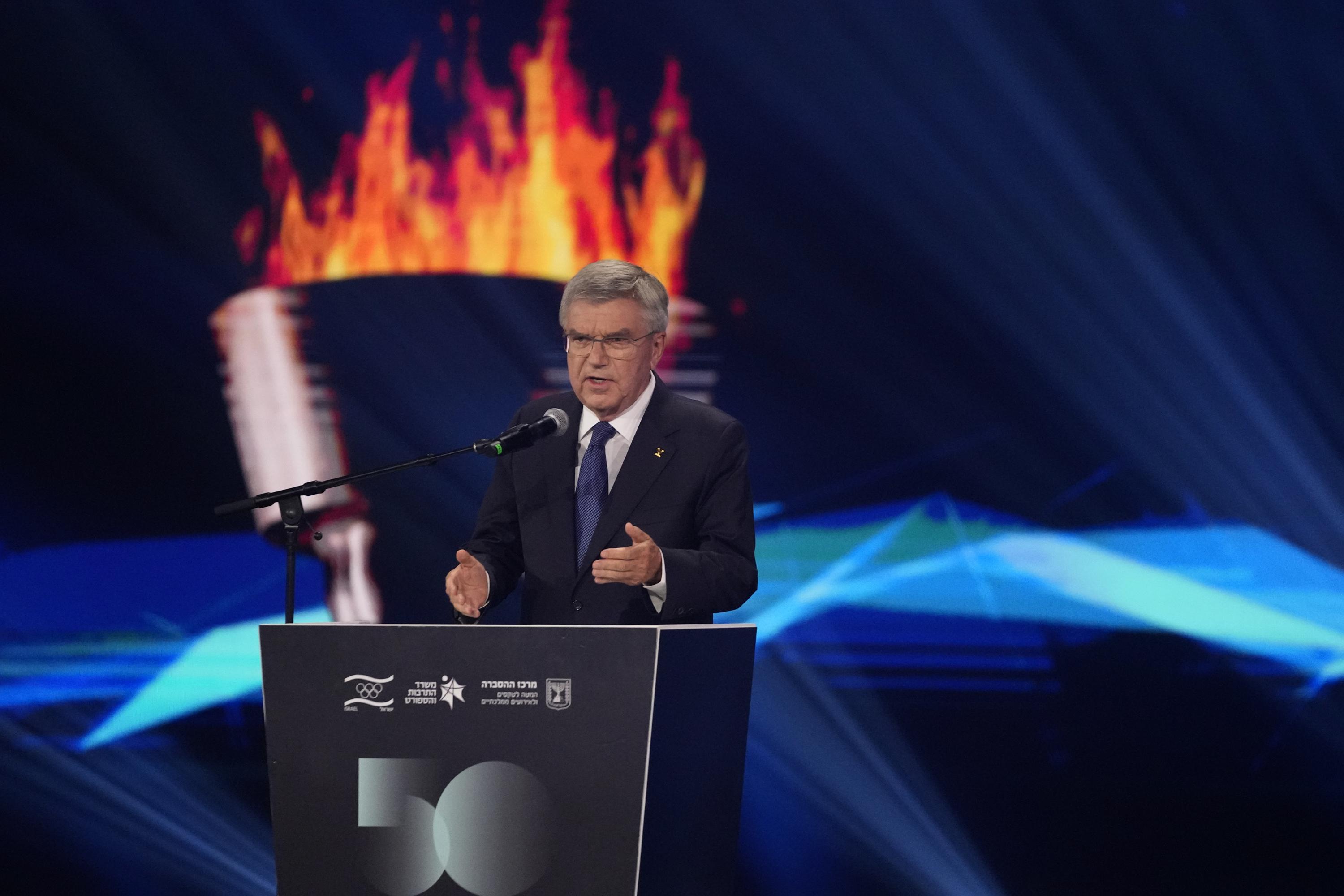 JERUSALEM (AP) — The head of the International Olympic Committee apologized Wednesday for the organization’s longstanding failure to commemorate 11 Israeli athletes killed by Palestinian militants at the 1972 Munich Olympics.

Thomas Bach spoke at a ceremony in Tel Aviv marking the 50th anniversary of the deadly attack on the Munich Olympics, two weeks after the German president apologized at a memorial ceremony in Germany for his country’s failures before, during and after the attack.

On September 5, 1972, the Palestinian group Black September attacked the Israeli Olympic delegation at the Munich Olympics, killing 11 Israelis and a policeman.

“That’s when the Olympic torch was extinguished and the five rings flag was stained with blood,” he said.

Bach said the Munich bombing was one of the “darkest days in Olympic history” and an assault on the Olympics and their values.

“Everything the Olympics stand for was wiped out 50 years ago with the horrific bombing of the Israeli Olympic team.” He apologized for the many years it took the International Olympic Committee to commemorate the Israeli victims “in a dignified way”.

A minute’s silence was held during the opening ceremony of the Tokyo Games last year – the first time Olympics organizers have marked the killing of Israeli athletes in nearly half a century.

“For this pain and anguish that we have caused, I am truly sorry,” Bach said.

Last month, the German government reached an agreement to provide the families of the Munich victims with a total of 28 million euros (or $27.6 million) in compensation after the families threatened to boycott this year’s memorial ceremony.