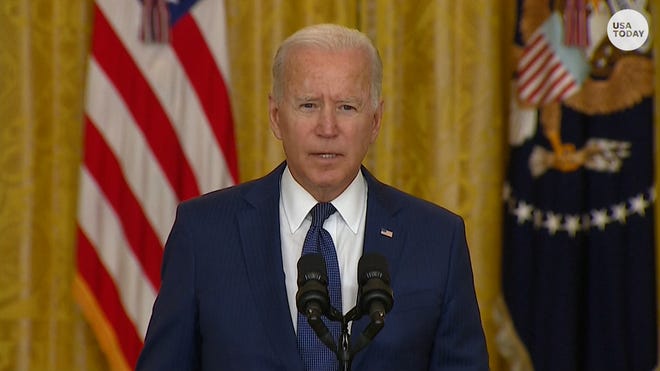 Iowa Governor Kim Reynolds ordered flags to be hoisted at half mast on Friday to honor Cpl. Daegan William-Tyeler Page, who was killed last month in what the United States has called the deadliest day for US forces in Afghanistan since 2011.

Page was a Red Oak native who also grew up in Omaha and served in the 2nd Battalion, 1st Marine Regiment based out of Camp Pendleton, Calif. He and 12 other servicemen were killed in an attack on Kabul airport as they witnessed the final days of the US evacuation of Afghanistan. The attack was blamed on the Afghan branch of the Islamic State group.

Page grew up in Red Oak and the Omaha area and joined the Marines after graduating from Millard South High School in Omaha. A public visit was scheduled for Thursday evening and a funeral for Friday morning at St. Paul’s Lutheran Church in Omaha. He will be buried after the funeral at the Omaha National Cemetery.

â€œThey are heroes like Cpl. Daegan William-Tyeler Page who is coming together to serve this country and make everyone proud to be Americans, â€Reynolds said in a press release. â€œHis sacrifice will constantly remind us that the freedoms and freedoms we enjoy as a country come at a high cost. ”

Philip Joens covers the latest news for The Des Moines Register. He can be reached at 515-443-3347 at [email protected] or on Twitter @Philip_Joens.