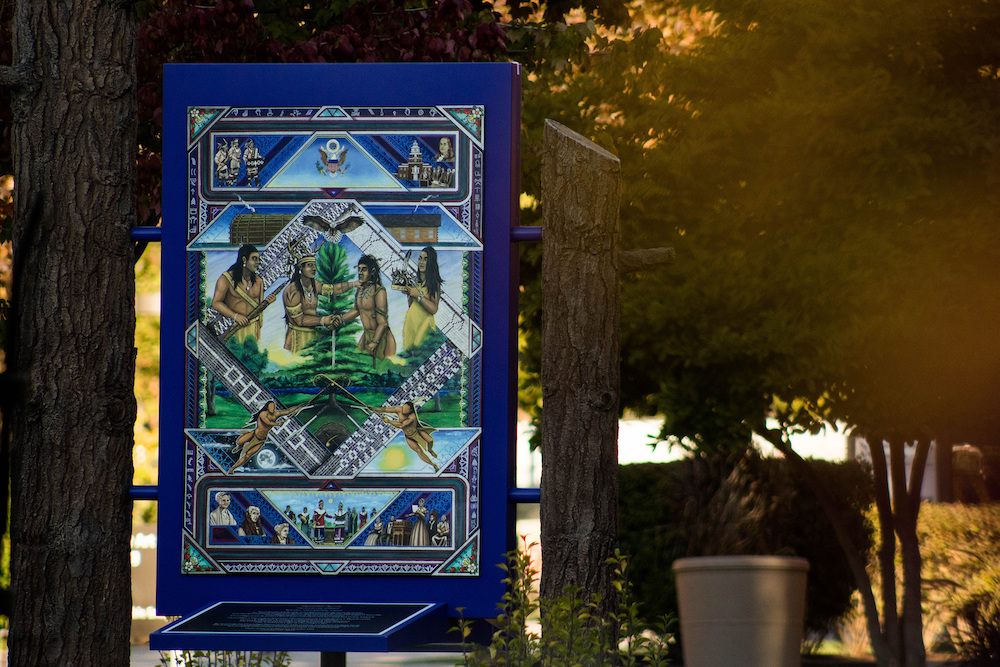 To support student journalism and the content you love, become a member of Daily Orange today.

Syracuse University has a rich but controversial history, particularly with the Saltine Warrior as its former mascot. At that time derogatory mascots were commonplace across the country, and while the university somewhat acknowledged its past, I doubt many students would even know that SU had a different mascot besides Otto the Orange.

The city of Syracuse, specifically SU, has a very unique relationship with the Onondaga Nation, but it’s not strong enough. SU takes a performative approach in how it publicly displays its relationship with the Onondaga Nation and its people, such as reciting a grounded acknowledgment before every major event on campus. It feels like an overly contrived and slightly hypocritical signal of virtue, deviating from what should be its primary purpose: promoting positive and meaningful Native American sentiments on campus.

This is not to say that the university has done everything wrong in its relationship with the people of the Onondaga Nation. The presence of the Haudenosaunee flag in the dome and outside the Hendricks Chapel, the Saltine Warrior statue outside the Carnegie Library, and the plaque dedicated to the Onondaga Nation next to the Shaffer Art Building are truly significant symbols. to be displayed at the basic level. But if you’re not in the campus quad area, there are very few mentions of Indigenous peoples and their impact on SU and the greater Syracuse community.

The League must break with its pattern of simply acknowledging that the university is built on Onondaga Nation land. Instead, the university should take concrete steps to prove that it believes Indigenous lives deserve their true respect and consideration in every decision it makes. Going forward, the university should delve into the school’s history, offer more courses about the Onondaga Nation, and create opportunities for student engagement within the Onondaga Nation. This would provide the League community and residents of Central New York with an opportunity to better understand the people they live on.

The university must end “traditions” that do nothing more than signal virtue and make people feel better about themselves and the institutions they are affiliated with. The League should look more closely at its ties to the Onondaga Nation, with its guidance and blessing.

Dalton Baxter is a junior student specializing in applied data analysis. His column appears every two weeks. He can be reached at [email protected].