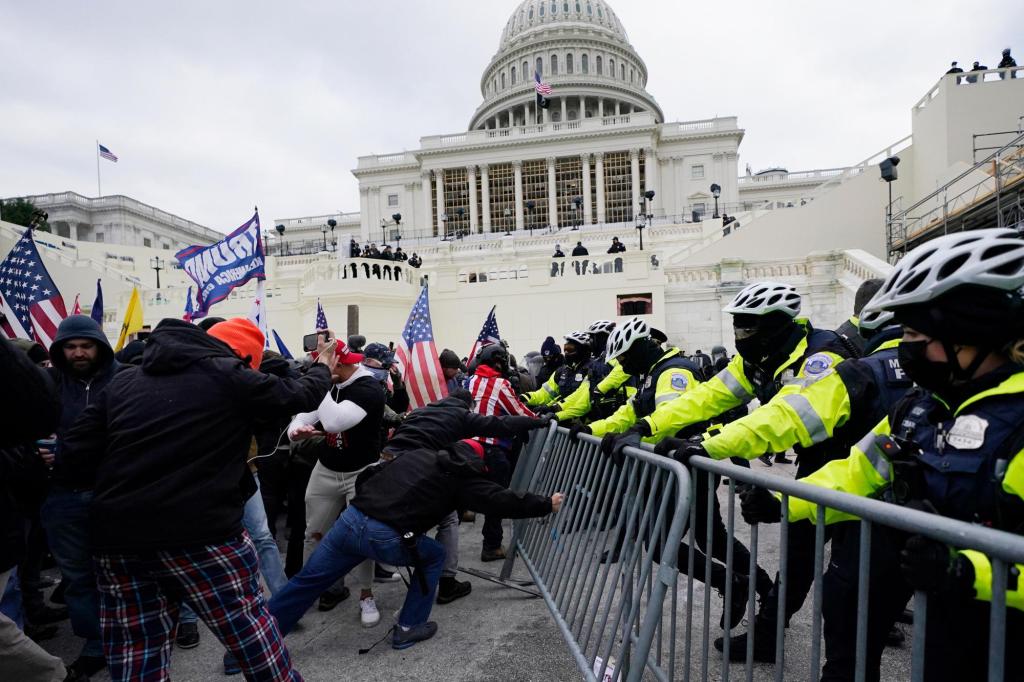 At the Las Gallinas Valley Health District Board of Directors session last Thursday, Director Megan Clark made a timely motion to adjourn the meeting in honor of the brave United States Capitol Police officers who have defended the capital of our country a year ago to the day.

This motion was followed by Craig Murray, member of the board of directors, who proposed an amendment to honor Ashli ​​Babbitt. She is the national terrorist who was shot and killed while trying to break open doors to ransack the United States Capitol building in Washington, DC Murray believed Lt. Michael Byrd, the besieged Capitol Police officer who shot Babbitt, should be prosecuted, presumably for murder. Byrd was cleared of any wrongdoing in Babbitt’s death in an internal use of force investigation.

His amendment was immediately rejected. Clark’s motions were carried 4-1 with Murray abstaining.

As verified by the audio recording of the session provided by the district pursuant to my California Public Documents Act request, Murray then insisted that his unsuccessful amendment to praise the Babbitt insurgency be included in the minutes. He wanted everyone to know exactly where he was standing.

His action should not pass without raising the alarm. Ignoring it only encourages the undemocratic sentiments that are tearing our nation apart.

As district director, Murray is also the designate of Marin’s 30 special-purpose districts as one of their two representatives on the board of directors of the County Local Agency Training Commission. He has just been reappointed in LAFCo for a new four-year term. It is now up to the directors of these special districts to determine if Murray is the type of person they want to represent.

For Murray, a project manager in the City of Richmond’s engineering department, to suggest that his agency officially honor Babbitt is reprehensible.

Without a doubt, Murray has the right to freedom of speech. Equally undoubtedly, those who disagree with his position have a right to criticize him.

More profoundly, every American has their constitutional right to have their state’s electoral votes counted by members of Congress without a seditious mob threatening them with violence.

This is precisely what Babbitt and his cronies were trying to prevent when she was caught on camera with others smashing glass doors in the Speaker’s Hall. These anti-American actions are what Murray wants to honor. Of note, when she was shot Babbitt, a QAnon follower from San Diego, wore a Trump flag wrapped around her neck like a kid’s superhero cape.

Murray is different from a crank that jumps off the end of a bar. He is an elected official. His comments were made in an official capacity. Once elected and seated on the platform, he speaks not only for himself but on behalf of his constituents.

These voters also have the right to react. They can demand that he take the honorable action in resigning his post of director. Knowing that his four-year term does not expire until 2024, registered voters in the Las Gallinas Health District have the opportunity to collect the 4,026 valid signatures needed to qualify a Murray recall in the November general election.

As of this column’s deadline, Murray had not responded to my email request for comment. The offer remains open.

I took the plunge by reporting that Mill Valley Deputy Mayor Jim Wickham was honoring the city’s informal two-term, eight-year term and not running for a four-year term in June. I was right that Wickham was keeping the term limit tradition. I forgot that the June ballot provided for a two-year spot to fill the unexpired position of Board Member Tricia Ossa who moved to Oregon.

Wickham is completing an unexpired two-year term. He will show up in June for the “short term” of two years. If he wins and retires in 2024, he will have served a total of eight years.

Retired Mill Valley Police Captain and son of former Mayor George Wickham, the Deputy Mayor has been a solid rock for the city government during the pandemic and the post-George Floyd murder is crying for more diversity community.