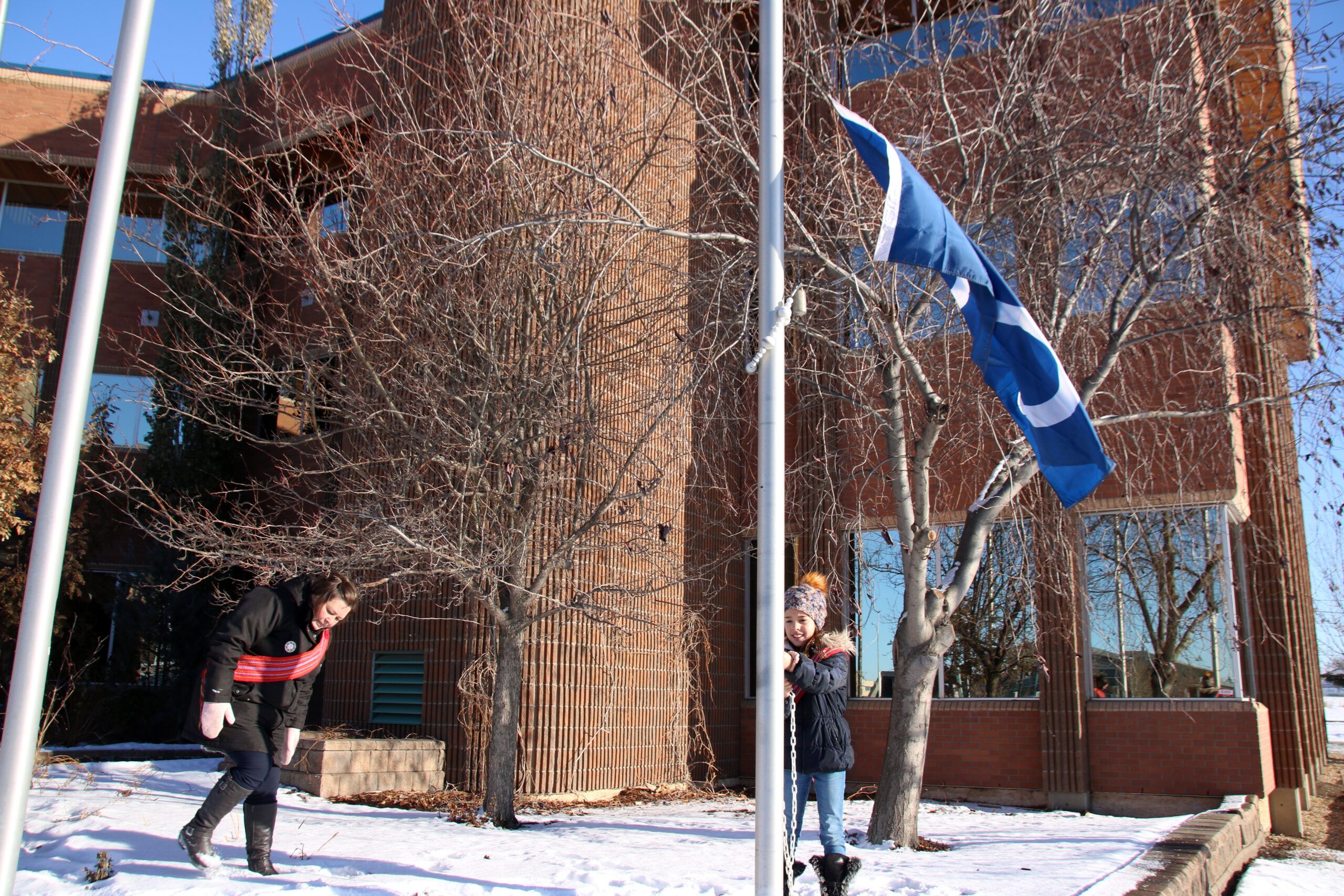 The Métis flag flies at Grande Prairie’s town hall. It was raised by the Métis Local 1990 and the City of Grande Prairie on Wednesday as part of Métis Week, a tradition since 2012.

Métis Week recognizes Métis history and culture not only in Grande Prairie, but across the province. Métis Local of 1990 president Shannon Dunfield says she is extremely grateful for the support the city council has shown over the years, but this year even more so.

“For the month of November, as Métis citizens, we are living in historic times right now, we have the opportunity to vote yes for our constitution,” Dunfield said. “It takes us even further towards this nation that Louis Riel would have wanted for us.”

November 16 marks Louis Riel Day, a day held each year to mark the anniversary of Riel’s execution in 1885. Dunfield explains that when she thinks of the things she learned about Riel, she thinks of how whose legacy he left is sought by Métis people across Canada to realize.

“It will create more opportunities for Métis people in Alberta for services and programs that we haven’t been able to access,” says Dunfield.

She adds that several events are taking place this week to celebrate Métis Week, as well as Rock Your Mocks Week. There will also be a retirement party for outgoing Métis Local 1990 President Angie Crerar on Friday and a round dance on Saturday at Charles Spencer High School. Métis Week is marked November 13-19.