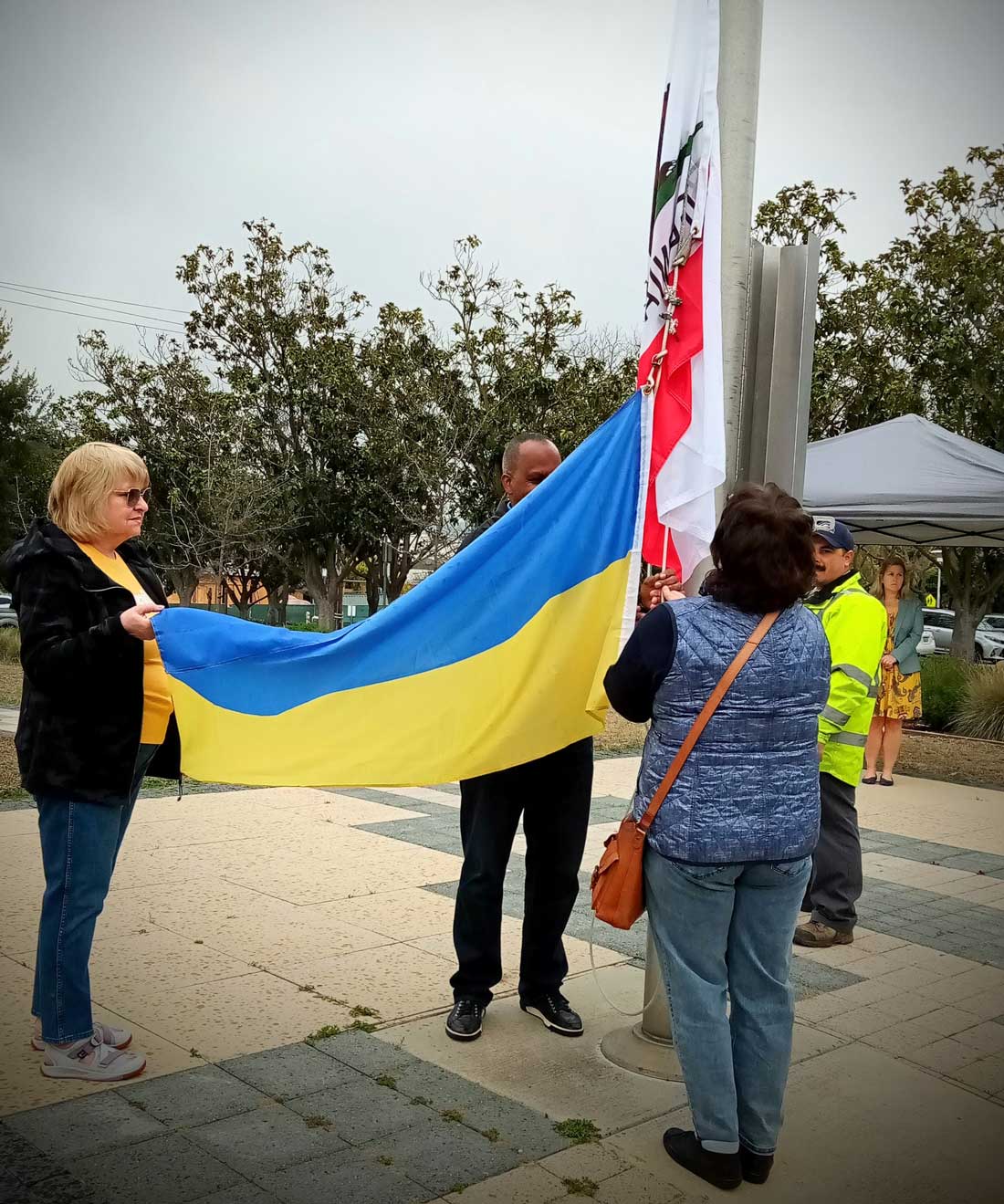 The town of Morgan Hill held a small ceremony on March 19 as the mayor and other officials raised the flag of Ukraine above City Hall.

The flag will fly above Morgan Hill City Civic Center Square, located on Peak Avenue, until April 19, in support of the leaders and people of the Eastern European nation that has been attacked by Russia in recent weeks. The flag of Ukraine will also fly at the same time over the city’s community and cultural center and the Centennial Recreation Center.

At the March 16 meeting, the Morgan Hill City Council approved the flying of the flag of Ukraine on city facilities. The council also approved a resolution in support of the Ukrainian people at the same meeting.

The resolution states that the city “wishes to support a secure, independent and democratic Ukraine” and “condemns the violent invasion by Russia”.

City Council member Rene Spring asked council to pass such a resolution at a previous meeting.

Since Russia began its invasion of Ukraine on February 24, at least 3.5 million refugees have fled Ukraine, according to the United Nations. Thousands of soldiers and civilians have been killed since the fighting began, by most estimates.