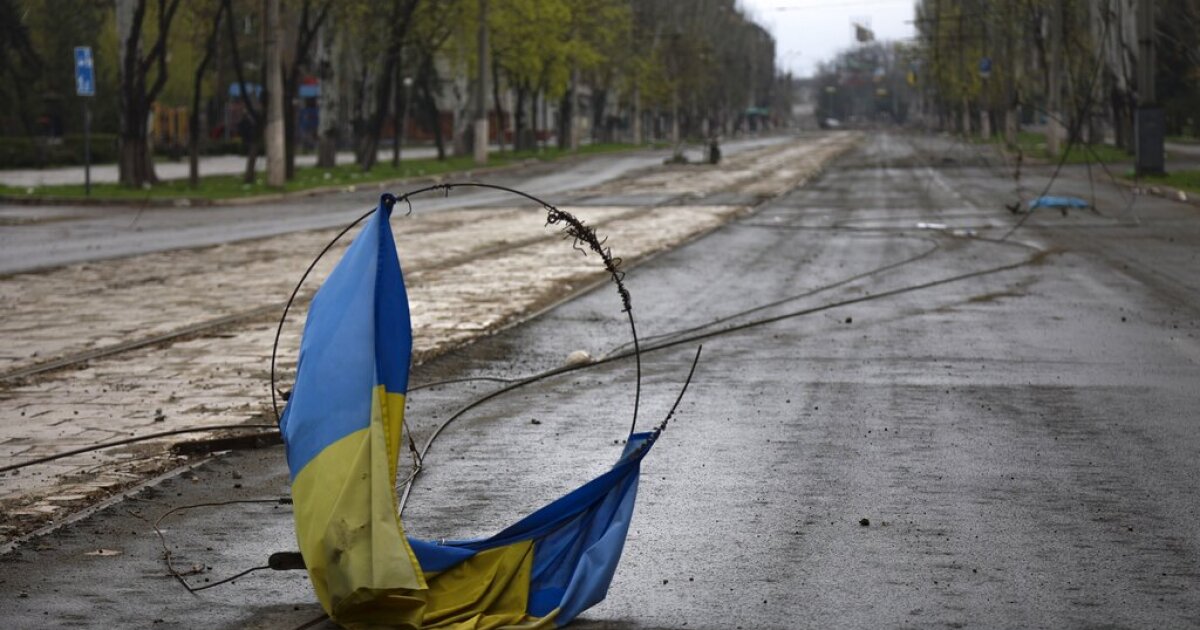 Russia stepped up its assault on eastern Ukraine on Tuesday with a massive offensive in hopes of turning the tide after seven weeks of pushback by Ukrainian forces and civilian fighters.

After Russia’s failure to overthrow the capital kyiv, the Kremlin said its main objective would be to capture the Donbass region. If successful, it would give Russian President Vladimir Putin a lifeblood of Ukraine and a much-needed victory that he could present to his people amid mounting losses and economic hardship caused by multiple rounds of sanctions. punishments of the West.

The Donbass region has been riven by fighting between Russia-allied separatists and Ukrainian forces since 2014. Military strategists said Russia was banking on local support, logistics and terrain in the Donbass to foster a Russian army larger and better equipped.

“Another phase of this operation is starting now,” Russian Foreign Minister Sergey Lavrov said on Tuesday, adding that the Kremlin’s goal was to achieve “the full liberation of the Donetsk and Luhansk republics,” which make up the Donbas region.

With its new, narrower objective focused on the east, the Russian forces began to arrange themselves in a semi-circle stretching west to east from the town of Izium to Sieverodonetsk and sent a small detachment of troops to check the Ukrainian lines, the New York Times reported. Called “shaping operations” in military circles, these small attacks are often the precursors to larger troop movements.

US ARMY TO TRAIN UKRAINIAN SOLDIERS ON HOWITZERS

The Pentagon estimated that the Russian troop presence has increased by 10,000 in Ukraine over the past two days and includes 76 battalion tactical groups, each consisting of 700 to 1,000 troops. A further 22 battalions are stationed in northern Ukraine, where they are likely being refitted and resupplied before returning to the battlefield.

Intense fighting has made it impossible to evacuate civilians, leaving hundreds trapped as the two armies prepare to clash in what could be the bloodiest battles of the war since Putin ordered his troops to invade Ukraine on February 24.

Russia and Ukraine have failed to agree on evacuation corridors for the third day in a row. Despite this, regional officials continued to urge civilians to flee as quickly as possible.

“There is no time for reflection,” Serhiy Haidai, the governor of Luhansk region, said on social media. “Go outside!”

In the besieged port city of Mariupol, around 2,000 civilians were trapped in a large steel plant along with the last remaining Ukrainian forces.

The Russian Defense Ministry called on the Ukrainian defenders to surrender and offered a temporary truce that would allow them to leave the factory, but warned: “Don’t test your fate.”

Mariupol has been the target of heavy bombardment since the start of the invasion and was one of the hardest hit areas. The strategic port city has withstood weeks of near-constant bombardment and shelling from land, sea and air. Russian forces pursued civilians, including children, as well as schools, hospitals and people queuing. They cut the lines of communication to the besieged city and sometimes barred the entry of humanitarian convoys.

Meanwhile, Putin has awarded a brigade accused of committing war crimes in Bucha the title of “Guards” for “protecting Russia’s sovereignty”, CNN reported.

Troops of the 64th Guards Motorized Rifle Brigade have been denounced as ruthless war criminals after their commander, Azatbek Omurbekov, allegedly ordered them to carry out “totally inhumane” atrocities in Bucha, a town about 24 km from Kyiv.

Under Omurbekov’s orders, Russian troops allegedly killed, tortured, and raped men, women, and children indiscriminately. The corpses were cut up, pushed into the sewers or thrown into shallow mass graves. After ravaging the city, they set it on fire.

In a letter signed on Monday, Putin praised the unit for “its great heroism and courage” before designating them as “guards”.

“Through shrewd and daring actions during the Special Military Operation in Ukraine, the unit staff has become a model in the discharge of military duty, bravery, dedication and his professionalism,” Putin’s statement said.

While Putin was congratulating the troops, Ukraine was filling out its European Union membership questionnaire. President Volodymyr Zelensky has been pushing for EU entry, but that’s unlikely to happen anytime soon soo
Elsewhere, Greece detained a Russian-flagged tanker in the port of Karystos, citing sanctions imposed on Russia as punishment for its actions in Ukraine.

CLICK HERE TO LEARN MORE ABOUT THE WASHINGTON EXAMINER

In the United States, President Joe Biden is expected to hold a call with allies on Tuesday morning to discuss new “efforts to hold Russia accountable.” On Monday, the Biden administration also expanded eligibility for a program that allows Ukrainians living illegally in the United States to temporarily stay and work in the country, roughly doubling the number of people who can apply, according to a notice filed. by the Department of Homeland Security.