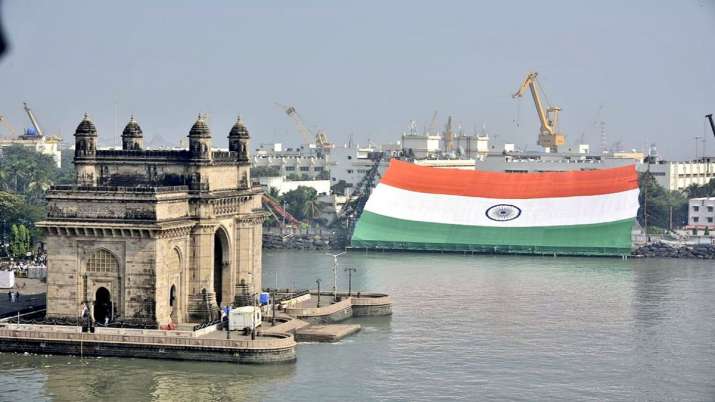 By Paul V. MaganaDecember 4, 2021No Comments

Western Naval Command on Saturday displayed the world’s largest national flag in a stunning view overlooking the Gateway of India in Mumbai.

Weighing 1400 kg, the flag is made in Khadi by the Khadi and Village Industries Commission. â€œOn Navy Day, the Indian Navy once again dedicates itself to serving the nation and renews its commitment and commitment to protect and promote national interests and to serve the Indian people through this small but compelling gesture of exposing the monumental national flag, â€the Indian Navy wrote on Twitter.

The idea behind the celebration of Navy Day was to build awareness and educate the general public about the Navy.

In 1972, old traditions gave way to new reasons to celebrate this day. At the Conference of Senior Naval Officers in May 1972, it was decided to celebrate Navy Day on December 04 to commemorate the actions of the Indian Navy during the Indo-Pakistani War of 1971, and the week of the navy which will be observed from 1 to 7 December.