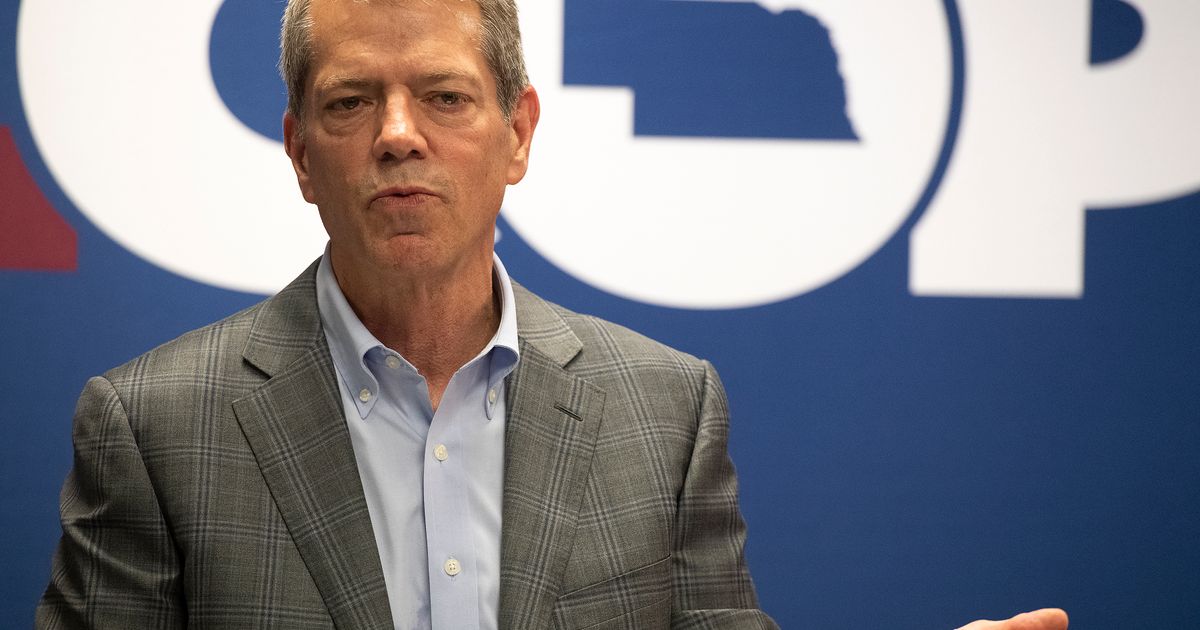 LINCOLN, Neb. (AP) — Republicans in Nebraska struggled to put the deadly campaign for governor behind them on Wednesday as a rally that was meant to highlight party unity instead showed division after the first major loss of a candidate endorsed by Donald Trump in this year’s midterm elections.

The cracks remained evident in the hours after the primary was called for Jim Pillen, a University of Nebraska regent backed by Gov. Pete Ricketts and other prominent Republicans.

Charles Herbster, the Trump-backed candidate who finished second, appeared briefly at the event but left immediately afterwards without answering questions or endorsing Pillen. Herbster, a businessman and cattle rancher who faced allegations of groping by eight young women during the campaign, has an ongoing lawsuit against one of his accusers, a Republican senator from the State.

Another leading candidate, State Senator Brett Lindstrom, did not attend the post-election unity rally, as is customary for losing candidates. He endorsed Pillen on Tuesday night after conceding the run.

Regardless of any lingering hard feelings, Pillen will be a heavy favorite against Democrat State Senator Carol Blood in November. Nebraska, a Republican stronghold, has not elected a Democrat as governor since 1994. Ricketts is barred by term limit laws from running again.

“I know when you or your candidate are on the losing side, sometimes it gets pretty damn hard to come together,” Dan Welch, chairman of the state’s Republican Party, said in a speech at the rally. He added: “But if you think about what brings us all together as a party, it’s not the candidates. What brings us together are our conservative ideologies, our conservative principles and our philosophies.

The discord highlights the dangers for Trump Republicans of wading through primary competitions where other GOP leaders have endorsed different candidates. The stakes will only rise later this month for Trump in the primaries in Pennsylvania, North Carolina and Georgia as he seeks to reward his allies and punish his enemies ahead of a possible race for the White House. in 2024.

Trump lashed out at Ricketts in a statement Wednesday that referred to him and others as “RINO,” short for “Republican in Name Only.” The former president had defended Herbster at in-person and phone rallies with Nebraska voters, saying the allegations against the candidate were politically motivated. Trump has previously denied his own sexual assault allegations using similar language.

Pillen adopted a unifying tone in his speech at the rally.

“I think what’s important today is that we focus on tomorrow,” he said, adding, “I’m going to work very, very hard to win the rest of the Republican votes, eyeball to eyeball, handshake to handshake, anywhere in the state.”

During the campaign, both Herbster and Lindstrom faced televised attacks from the conservative Nebraska, a political action committee largely funded by Ricketts, a wealthy former executive and son of billionaire TD Ameritrade founder Joe Ricketts. The family has spent millions of dollars over the years to help the candidates and causes they choose.

Herbster denied claims by eight women, including State Senator Julie Slama, that he groped them, and he accused Ricketts and Pillen of conspiring to spread the story; both men denied this. Herbster filed a libel suit against Slama, which responded with its own suit accusing him of sexual assault.

Herbster campaign spokeswoman Emily Novotny said Wednesday that Herbster “will continue to pursue all legal avenues until her name is cleared.”

“This trial was never about the governor’s race, but about restoring honor to Mr. Herbster’s reputation,” she said in an email.

Slama’s attorney did not immediately respond to email and phone messages. After the race call for Pillen, Slama tweeted “God Bless Nebraska” with an American flag emoji.

State Sen. Lou Ann Linehan, who helped create a legal fund to defend Herbster’s accusers, said her group has not yet decided to disband. “He lost. We have to move on,” said Linehan, a Pillen supporter.

Ricketts, in an interview, said it was important for Republicans to rally against Blood and any other running Democrats in November. He said Pillen had a better ground game and a better message that resonated with voters.

“The endorsements only get you so far, especially the out-of-state endorsements,” Ricketts said. “What Nebraskans want to know is what you are going to do, and one of the things that Jim Pillen did was have the best grassroots campaign to go around the state and tell people that directly. . That’s why he won. »