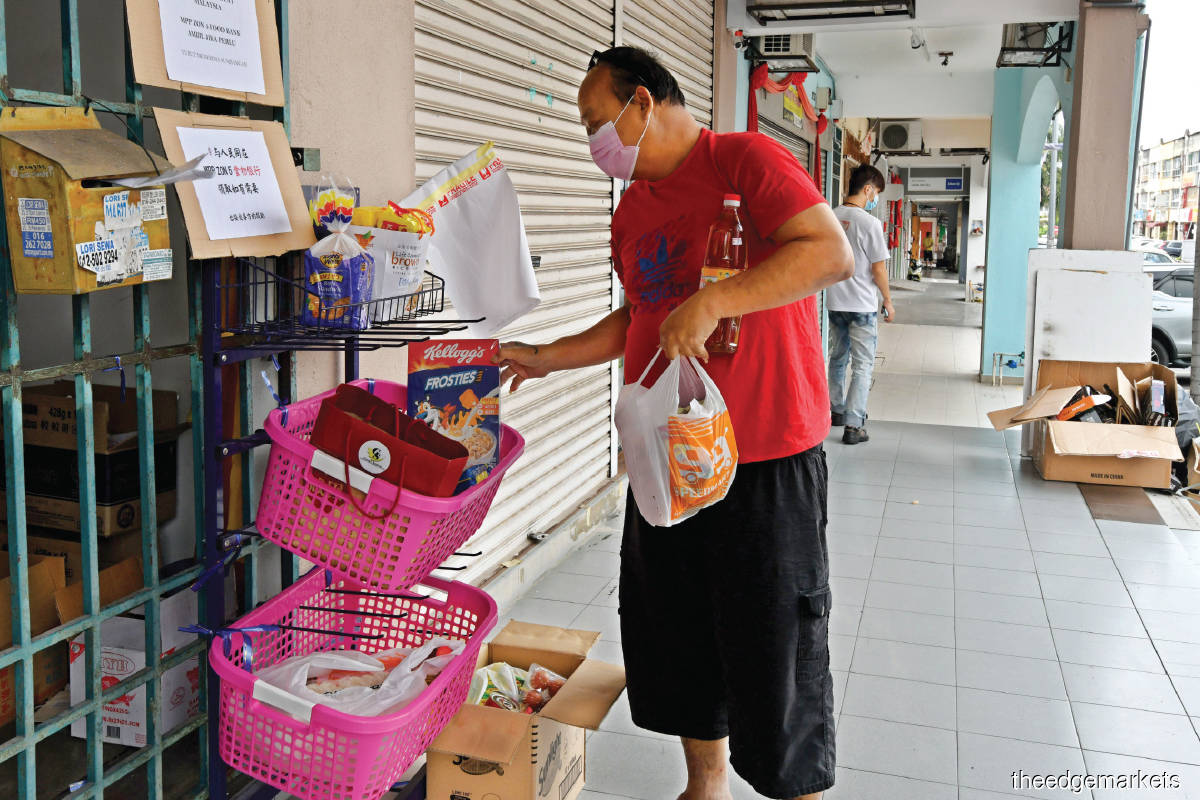 Minister of Health, Coordinating Minister of the National Covid-19 Vaccination Program and Member of Parliament for Rembau

An effective national public health response is essential to save lives and defeat the Covid-19 pandemic. First as Minister of Immunization under the Perikatan Nasional government and then as Minister of Health in Prime Minister Datuk Seri Ismail Sabri Yaakob’s cabinet, Khairy Jamaluddin led the National Covid-19 Immunization Program (PICK ) and led the country to achieve one of the highest vaccination rates in the world.

Although the handling of the pandemic under the PN government has been heavily criticised, Khairy has been consistently cited as one of the most successful ministers.

Nevertheless, he was often criticized on social media for various shortcomings of PICK and the MySejahtera app.

Based on the deployment of PICK, he has done a commendable job as the immunization rate accelerated after the initial delay in vaccine procurement and introduction. His priorities as minister in charge of supply and coordinating the logistics of the largest vaccination campaign in history were to vaccinate high-risk groups, protect frontliners and extend vaccination coverage to the general population.

As health minister – replacing Datuk Seri Dr Adham Baba, who became a controversial figure after committing a series of blunders – Khairy was entrusted with both health care and vaccinations.

Days after taking office, Khairy wasted no time in explaining the need for long-term plans to deal with Covid-19 after a year of repeated shutdowns that have taken a heavy toll on the economy. He said testing was mandatory, the mask mandate was extended indefinitely and home quarantines would be the norm for those infected with the coronavirus.

He said action would be taken against companies, factories and government agencies that violate standard operating procedures. Furthermore, he promised data transparency in the future to change public perception and counter allegations against the Department of Health that it was secretive and selective with Covid-19 data.

Khairy’s mission is to steer the nation towards “living with the Covid-19 virus”, which is key to the government’s endemic strategy. Now that the endemic strategy is on hold due to the emergence of the Omicron variant, what will be its plan in 2022? — By Syafiqah Salim

The hardships caused by Covid-19 proved too much for many to bear, but it was also during these difficult times that many Malaysians went the extra mile to help others less fortunate, simply because they could and cared enough.

In its purest form, a white flag – which traditionally signals defeat – has become a symbol of hope and mutual support among Malaysians, regardless of race or religion.

Identified as one of the first to suggest that people are waving a white flag asking for help, social and political activist Nik Faizah Nik Othman, deputy head of the women’s wing of Tumpat Amanah in Kelantan, told Channel News Asia in early July that she was saddened by the increase in suicide cases. Others say it was the suicide of a friend that prompted anonymous souls to start the #BenderaPutih movement – ​​which went viral in June this year – to let people know help was available. they asked.

Three undergraduate computer science students aged 18-22 at Multimedia University made it easy for people to wave a virtual flag for themselves or others so that help could reach them. Sidharrth Nagappan, Shaun Mak and Cornelius Pang took just four days to create the crowdsourcing app Bendera Putih (renamed Sambal SOS on July 5), which has also helped people find food banks.

However, as politics seeped in, the white flag movement took on a different form. White flags and rising suicide cases after more than a year and a half of Covid-19-related lockdowns have been reshuffled as signs of a failing ‘backdoor’ government that was not voted in by the people. According to reports, some who waved white flags as a call for help were even threatened. A #benderahitam (black flag) movement ensued, pushing for the resignation of then-eighth prime minister Tan Sri Muhyiddin Yassin, for the state of emergency to end and parliament to reconvene. .

Whether it is political propaganda or not, there is no denying that Malaysia needs to expand its social safety net so that people are no longer pushed to the limit because they lack money for food and shelter. Updating the e-Kasih database of people who need help and creating a special poverty alleviation unit within the economic planning unit to eradicate extreme poverty here 2025 are all steps in the right direction. — By Cindy Yeap

Tengku Datuk Seri Zafrul Aziz’s second year as finance minister has been a race of endurance, as the protracted Covid-19 pandemic and political uncertainty that began in 2020 continued to play into background as the country struggles on the road to recovery.

The protracted pandemic shock in early 2021 forced Zafrul to delay some fiscal reform targets while facing a downgrade in the country’s economic growth forecasts and sovereign ratings.

At the same time, the government has focused its tightening resources on saving lives and livelihoods, including through additional economic programs totaling RM225 billion revealed between January and June this year. Billions of ringgits in cash donations and stipends for employment programs and wage subsidies have been channeled, among other things.

As the country moved towards reopening, Zafrul was appointed coordinating minister of the National Recovery Plan (NRP) in July. In October, he tabled a new record federal budget of RM332.1 billion for the year 2022.

The minister also had to address key issues consistently raised by the public, the opposition and even MPs within the federal government – ​​including calls for an extension of the loan moratorium, further withdrawals from the Provident Fund savings employees by contributors and allegations of insufficient allocation to fight the pandemic and ensure job security for the general public.

Meanwhile, the repatriation of funds from 1Malaysia Development Bhd in the billions has continued this year. The bombing of a one-time “prosperity tax” on big business and the push for 5G rollout under a new mechanism through Digital Nasional Bhd were among the highlights of the Year of the Technocrat in 2021 .

One of the few ministers to have consistently called for political bipartisanship, the senator has survived political upheaval and has now served two prime ministers, having been retained in his post by Datuk Seri Ismail Sabri Yaakob after he was appointed prime minister in July.

“When lives are clearly at stake and our health care is faltering, we must rise above our differences and work together to truly pull the country out of the doldrums of this miserable pandemic,” Zafrul said in a comment.

More importantly, the big task ahead will be to facilitate the diversification of the nation’s income, which still relies heavily on oil revenues, at a time when tax revenues have shrunk due to the economic downturn. Will the ministry bite the bullet and reintroduce the consumption-based tax as part of its long-term tax reform program? — By Adam Aziz