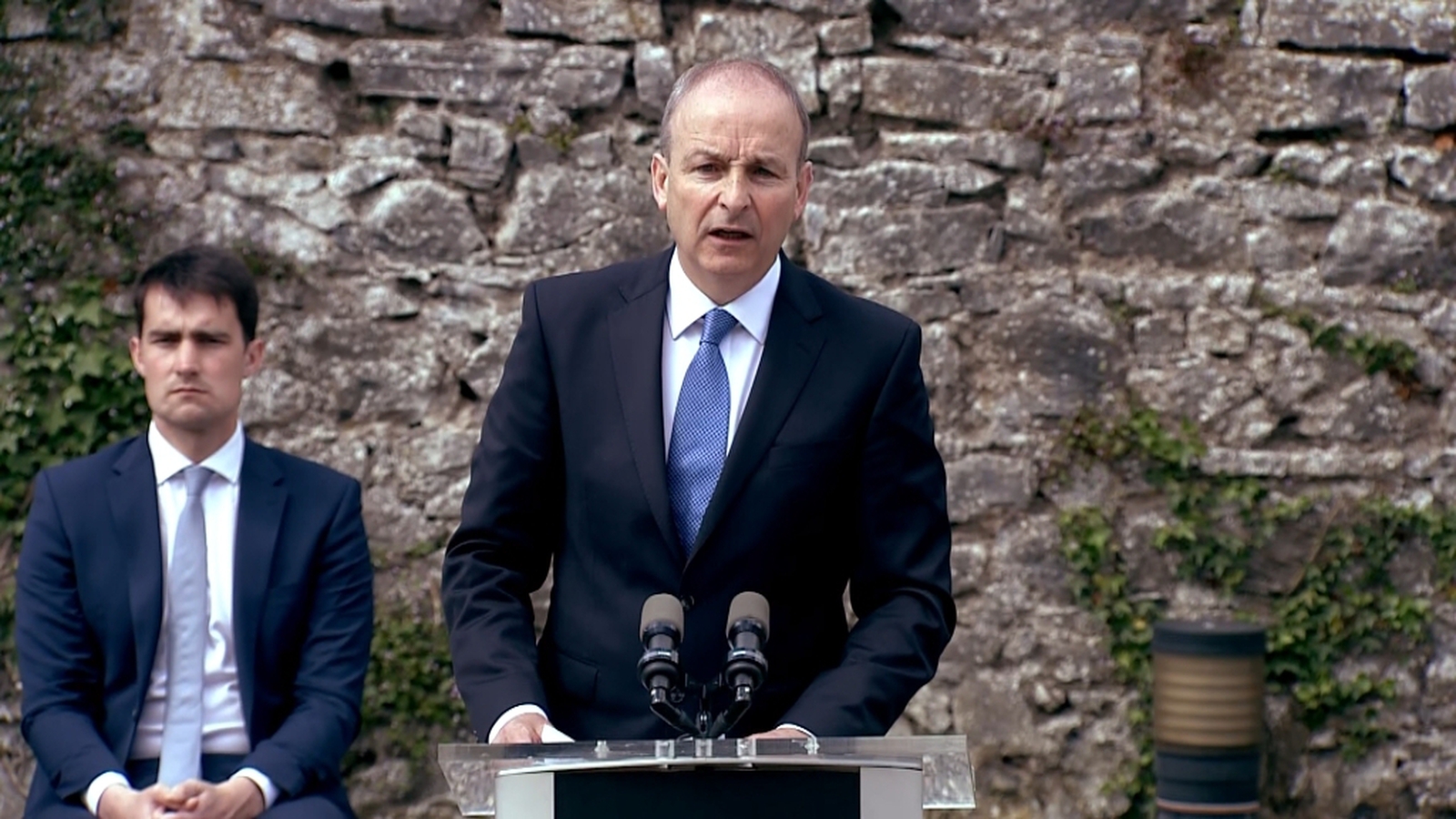 No more ‘traumatic event’ in Irish history than famine

Taoiseach Micheál Martin told the National Famine Commemoration in Co Roscommon that there was no more ‘devastating or traumatic event’ in Irish history than the Great Famine of 1845-1852.

The ceremony at Strokestown included military honors and a wreath laying ceremony by ambassadors to Ireland in remembrance of all who suffered or perished during the Famine.

Addressing the crowd today, Taoiseach Micheál Martin said there was no longer a ‘devastating or traumatic event’ in Irish history.

“It is impossible for us to imagine the feelings of despair, anger and loss experienced by those who suffered during the famine years. However, one of the most appalling aspects of the history of the famine period is to know that so much of the suffering was avoidable.”

The Taoiseach said that just as the Irish were helped in times of need, their ancestors have now met the needs of the people of Ukraine, a country that also suffered from its own famine, the Holodomor famine.

“Throughout our history, the victims of the Great Famine have asked us to help their present-day counterparts in times of need and generations of Irish people have answered that call.

“As we come together to honor the victims of the Great Famine – those who died, those who were forced to emigrate and those who suffered and survived – we also remember that the people of Ukraine who now need our help has its own story of hunger.

“Ireland opened its doors to the people of Ukraine when they needed it and this crisis has underscored the importance of those who can help others, doing all they can to help those in dire straits. desperate.

“It also reflects what we know of these compassionate and generous people who did what they could to help the people of Ireland during the Great Famine. These contributions and acts of kindness must never be forgotten,” Mr. Martin.

Speaking at the ceremony, Minister of State for the Ministry of Defence, Jack Chambers, said: “The Great Famine was truly the darkest period in our history. Today’s ceremony is an opportunity to commemorate and honor the suffering and resilience of the victims of the Famine years.

“It is appropriate that the Memorial returns to this historic site in 2022 as final preparations for the reopening of the National Famine Museum after a major renovation are being concluded.”

Acknowledging the musical acts of the day, Mr Chambers said it was appropriate for Declan O’Rourke to participate, referring to his 2017 album ‘Chronicles of the Great Famine’.

Mr. O’Rourke provided music and lyrics at the ceremony, including two songs, “Poor Boy’s Shoes” and “Go Domhain i do Chiumhne” (the anthem of “The National Famine Way”).

Mr O’Rourke also wrote the ‘Pawn Broker’s Reward’, his first novel illuminating the story of the famine through the lens of a single town in Macroom, Co Cork.

The Taoiseach was joined by the Dean of the Diplomatic Corps, Cathaoirleach of Roscommon County Council and members of the Irish Heritage Trust to lay wreaths on behalf of the people of Ireland.

After the wreath laying, a minute’s silence was observed before a piper played a lament and the national flag was raised. The ceremony ended with a performance of the national anthem.