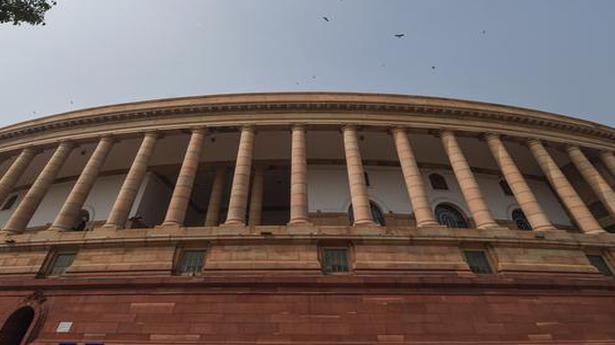 Opposition MPs report unsatisfactory answers to their questions in Parliament

They are full of rhetoric and read more like a glitch to Prime Minister Narendra Modi, they say

Former Congress leader Rahul Gandhi on December 7 called on the Union government to indicate in writing whether it would pay compensation to the families of farmers who died during the unrest that lasted for a year.

Another part of the same question also asked if the government was considering giving a legal guarantee of the minimum support price (MSP), which the farmers requested.

But the response skipped the first two parts and responded to the impact of COVID-19 on the farming community.

“The first two questions have been swallowed up and the answer to the third is that agriculture is doing well during the pandemic. What kind of joke is this! asked Mr Gandhi on Twitter and tagged the government’s written response to his unstarred question.

Several opposition members raised a series of complaints: “unsatisfactory” responses to dismissed questions about the border confrontation with China.

Questions about the border line were asked by BJP MP Subramanian Swamy in Rajya Sabha and by Congressmen Manish Tewari and Karti Chidamabaram in Lok Sabha.

But the confrontation was a “no-go zone” and the questions were dismissed.

DMK leader and Lok Sabha MP K. Kanimozhi pointed out that the Law Ministry’s response to her question on the status of the Women’s Reservation Bill was “identical” on three different occasions – on the 17th. March 2017, July 28 and December 3 of this year.

“Gender justice is an important government commitment. The issue in question requires careful consideration on the basis of consensus among all political parties before a draft law amending the Constitution is submitted to Parliament, ”replied the ministry.

Deputy Head of Congress in Lok Sabha Gaurav Gogoi said The hindu, “Over the past few days at Lok Sabha, opposition parties have noted with concern that during Question Time, the government’s responses have been largely unsatisfactory.

A parody of question time

“They are full of rhetoric and read more like a glitch to Prime Minister Narendra Modi. No substantive details are given. They don’t care about Question Time, ”Gogoi said.

A senior official at Lok Sabha’s secretariat said The hindu that the issue was flagged by President Om Birla a few times during Question Time, especially when ministers responded to additional questions posed by MPs.

“This session itself, the honorable chairperson asked Minister of State (MoS) for Information Technology Rajeev Chandrashekhar and MoS Niranjyoti to respond to specific questions raised by members,” the official quoted here said. -above.

“Sometimes even ministers reported problems during Question Time. Jal Shakti’s minister Gajendra Shekhawat asked the president to lead the questions directorate to properly consider the questions, because a question actually meant the minister had to explain how his entire ministry worked, ”he said. -he declares.