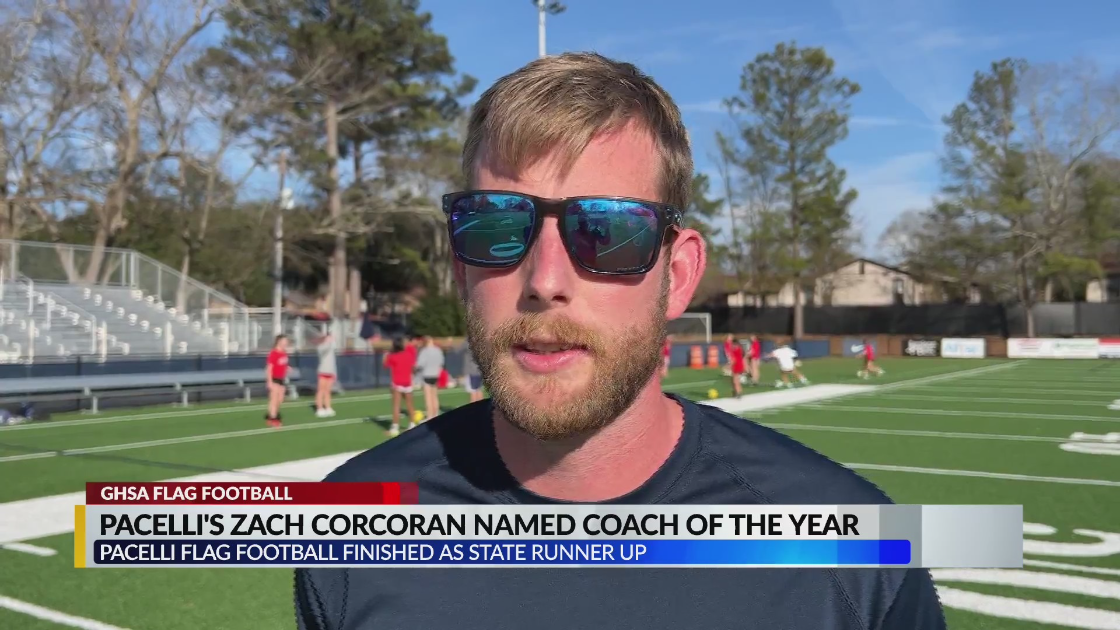 Columbus, Georgia (WRBL) – The St. Anne Pacelli School flag football team now has a historic head coach. Zach Corcoran has led the Lady Vikings since the program began and this week was named the Atlanta Falcons’ first ever football coach of the year.

Under his leadership this season, the Lady Vikings appeared in the GHSA State Championship game. After battling bad weather, the Lady Vikings finally fell to Portal 12-6. Head Coach Corcoran said earning the honor is something he will treasure.

“It means a lot. I’m extremely grateful and excited to represent the Falcons. I’m thrilled to represent St. Anne Pacelli. It was amazing. I love flag football and bringing it to school and seeing the girls not just learning but excelling has been an incredible opportunity and a blessing,” said Coach Corcoran.
Coach Corcoran’s passion for flag football has been the driving force behind his leadership for the Pacelli Lady Vikings. He says looking at the bigger picture, there is still plenty of room for flag football to grow in Georgia.

“I think the ceiling is very high because everyone watches football and everyone can get behind the games. Obviously we’ve seen it this year,” Corcoran said.