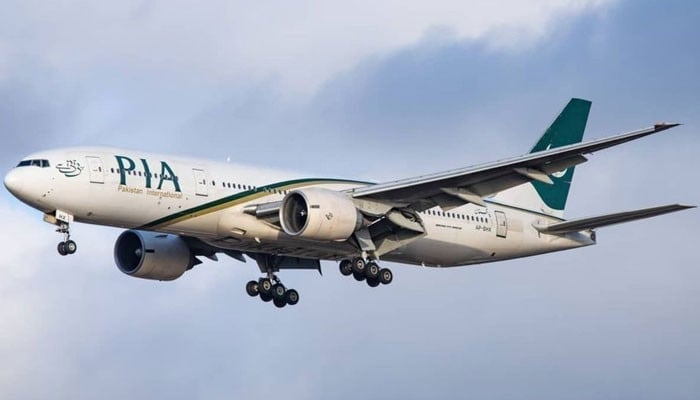 ISLAMABAD: The national airline — Pakistan International Airlines (PIA) — faces losses of Rs 50 billion in the calendar year in 2021 against 34.6 billion in 2020, registering an increase in losses of 47%.

PIA’s losses soared to Rs 50 billion in 2021 when the Covid-19 pandemic was on the road to recovery. When Covid-19 was at its peak, PIA losses stood at Rs 34 billion in 2020. Deep analysis is needed to determine why national carrier losses have increased at an accelerated rate as international travel opens up . and the airline’s losses should have been reduced. The total accumulated losses of PIA increased and were between Rs 400 and Rs 500 billion.

The breakdown of PIA’s financial situation shows that the cost of aircraft fuel amounted to Rs 22.8 billion in the calendar year 2021 and the operating loss recorded at Rs 15.027 billion. The PIA faced a foreign exchange loss of 7 billion rupees, a pre-tax interest loss of 22.373 billion rupees and a finance cost of 27.39 billion rupees. The pre-tax loss stood at Rs 49.763 billion and with tax payment of Rs 337.7 million.

Official sources said that four major loss-making public sector companies included Pakistan Steel Mills, PIA, Pakistan Railways and the Electricity Sector Distribution Companies (DISCO) and their cumulative losses on an annual basis amounted to at least 300 billion rupees. Now, four Chinese companies have qualified for Pakistan Steel Mills (PSM) tender process and the Privatization Commission has opened data centers for these four Chinese companies to undertake due diligence before finalization. of its strategic sale. Although it is expected that other players will also participate in the sale of PSM, it is encouraging that at least four parties are qualified for the sale of PSM.

Former Planning Commission Deputy Chairman and renowned economist Dr Nadeem Ul Haque, contacted on Thursday, said a major overhaul of the PIA would be needed as the patchwork would not address its deep-rooted structural problems. He said that without professional management, the PIA or any other PSE issue cannot be resolved. He suggested that the PIA be privatized so that it can be professionally run. He said that with an existing ratio of human resources per aircraft, the PIA could not be overhauled. The government will have to make a difficult decision, either to privatize it, giving management carte blanche, or to restructure it, minimizing political interference and reducing the role of trade unions. If Ethiopian airlines can be managed on professional lines, then why not the PIA, he raised the issue and added that professional management with full autonomy could provide the solution.

When contacted by Dr Khaqan Najeeb, former Head of Economic Reforms Unit, he clarified that Covid 19, route bans due to licensing issues, operational inefficiencies, older fleet , high financial burden from old debt have all contributed to PIA’s growing loss in 2021. Hopefully a concerted restructuring plan as the aviation sector reopens can bring the airline back to a reduction in operational losses to near zero in the years to come.

According to a presentation given to Finance Minister Shaukat Tarin here on Tuesday, it was revealed that a foreign consultant has prepared a five-year plan to convert a loss-making entity into a for-profit organization. During the first year, the new organizational structure would be in place to strengthen financial discipline. The resizing will be implemented and the business and operating process will be revamped through a network overhaul where the focus will be on domestic routes and initiate long-term fleet planning.

In the second year, the PIA would expand the national and regional network and to achieve the desired goals, it would have to prepare for a new fleet through recruitment and training, so the PIA would have to begin fleet renewal. In year three, the PIA is expected to explore airline partnerships and increase third-party revenue. In year four, the PIA would renew the fleet and add new international destinations. In year four, the PIA is expected to break even. During the fifth year, the operation of the hub would be strengthened to achieve operational and financial stability objectives.