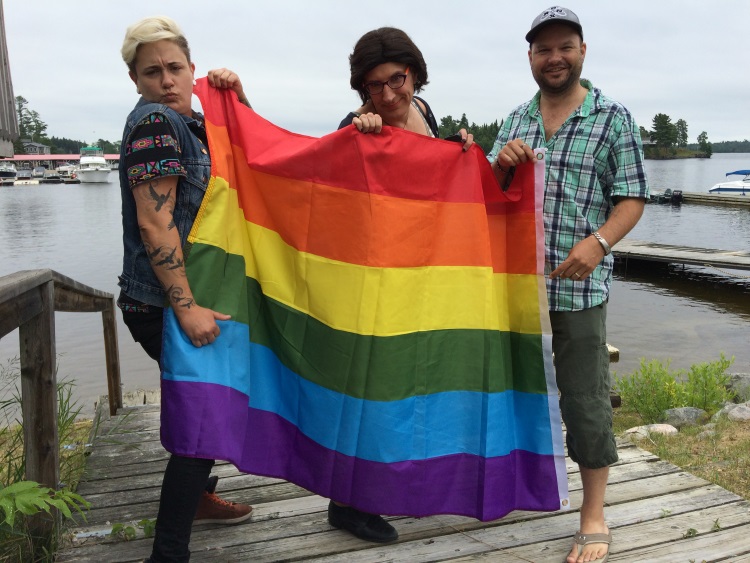 Pride month will kick off with a flag raising ceremony

June is National Pride Month and Kenora Pride has planned a series of events to celebrate the month.

To kick off Pride Month, Kenora Pride will be at Kenora City Hall today, June 1, 2022, to raise the Pride Flag. The LGBTQ2s+ community and allies are invited to come to City Hall to witness the raising of the Treaty 3 Pride Flag.

“To include the fact that he is also [National] Aboriginal History Month, we raise the Treaty 3 Pride Flag and Francis Kavanaugh, Grand Chief of Treaty 3, will raise the flag. We will also be hearing from Mayor Dan Reynard,” said Andrea Campbell, chair of the Kenora Pride Committee.

According to Campbell, the flag raising will be a quick lunchtime event, lasting about an hour.

There will be several Pride events throughout the month of June. The big event will be the Pride March on June 25, 2022, to commemorate the anniversary of the Stonewall Riots that occurred in New York City in 1969.

“I would like to invite all allies and members of the LGBTQ2s+ community to come out and show their pride!”

On the evening of June 25, Kenora Pride will present the movie Rocketman at Mount Evergreen Drive-In. There will be a screening of the film and it will be first come, first served as there is only room for 50 vehicles.

Campbell commented on why it’s important to recognize Pride Month: “June is Pride Month and I think it’s really important to take note of LGBTQ2+ inclusion, it’s come a long way in Kenora but there is always progress to be made.

“With the erosion of Roe V. Wade in the United States, we see how much we have to stay vigilant and protect human rights, we have to protect our gains.”

“Students continue to face exclusion like dead names and gender errors, it still happens here. Access to inclusive health care for trans people is difficult in the North.

“We hope to highlight all of these things while creating an opportunity to celebrate and come together, to build communities and to provide a safe space. It also gives all allies the opportunity to get out and meet the LGBTQ2+ community,” she concluded.