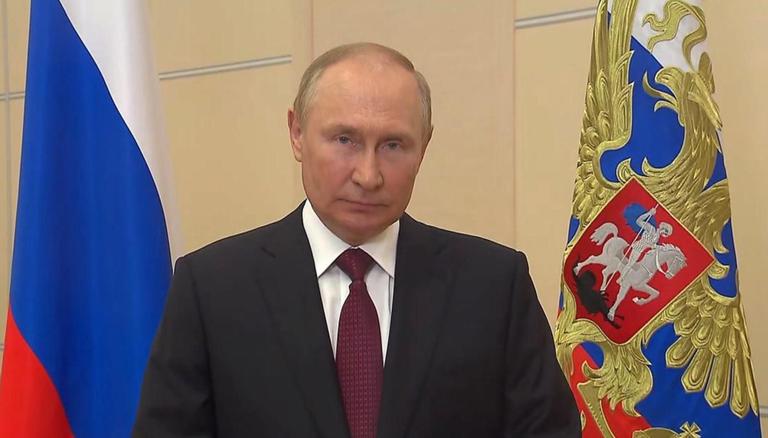 Hailing the Russian flag as a sacred symbol for all generations in the country, Kremlin leader Vladimir Putin ordered a flag-raising ceremony to be instituted in every school from next month. Addressing the nation on National Flag Day on Sunday, Putin paid tribute to Russia’s official state symbol and called on all schools to raise the country’s flag and sing the national anthem from September 1. The program will take place weekly, Putin said. He stressed that the national emblem and anthem represent its sovereignty and independence and asserts that they have the potential to inspire generations.

“We pay tribute to the official symbol of the Russian state which, with its emblem and anthem, represents its sovereignty and independence and affirms the continuity between the generations of our multi-ethnic people,” he said in a video address. August 21.

“From September 1 this year, all schools in the country will begin each school week with a ceremony of raising the flag and singing the anthem,” Putin said.

The national celebrations took place as Moscow goes to war with its neighboring country, Ukraine. Recalling the glorious journey of Russia’s national symbol, Putin said he was first raised on the country’s premier warship more than three centuries ago and added that the same legacy has continued even in the most difficult times in history. He recalled that the national flag was raised even when the Russian Empire was fighting in World War I. “In the midst of the dramatic changes of the contradictory and arduous 1990s. On August 22, 1991, the white, blue and red flag once again flew over Russia,” he pointed out. According to Putin, over the years the national flag has become a staple of life as an inalienable part of the Russian state and a symbol of the unity of compatriots and their devotion to the motherland.

He further mentioned that the national flag symbolizes the faith of the country in its traditional values ​​and added that it will never fade even after centuries. Before signing, Putin stressed that the state emblem is a symbol of – truth, justice, solidarity, mercy and respect for the centuries-old unbroken history of Russia, the achievements and victories of his ancestors who inspire every countryman to care for and defend his homeland “and never allow any foreign hegemony or dictate.” It should be mentioned that the Supreme Soviet of the Russian Soviet Federative Socialist Republic adopted a resolution establishing the historic flag in August 1991. Initially, the flag included the white, azure and scarlet tricolor, but later it was replaced by colors blue, scarlet and red.