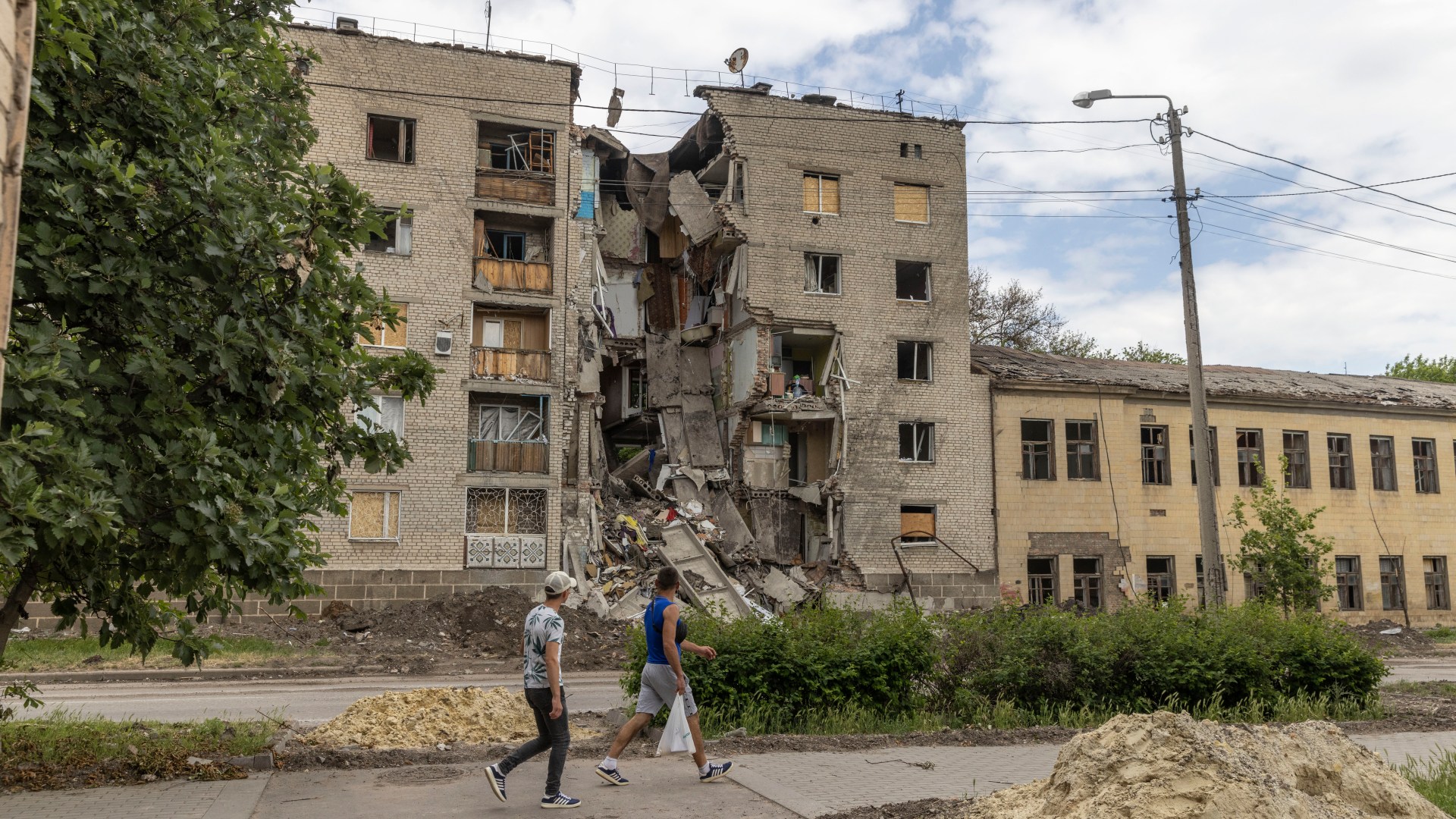 After being surrounded by fierce Ukrainian forces, Russia withdrew its struggling soldiers from the eastern town of Lyman in huge embarrassment for Moscow.

Russia admitted that its troops had abandoned their stronghold of Lyman to avoid being surrounded by the Ukrainian army.

Ukraine also claimed that Russian forces withdrew after an assault near Bakhmut and Saitseve in Donetsk and are now forcibly mobilizing residents of Melitopol and Berdyansk.

“Allied forces have been withdrawn from the settlement of (…) Lyman to more advantageous lines due to the creation of an encirclement threat,” the Russian Defense Ministry said.

In a chilling message, he wrote: “In my opinion, more drastic measures should be taken, up to the declaration of martial law in the border areas and the use of low-yield nuclear weapons.

Russia has the largest atomic arsenal in the world, including low-yield tactical nuclear weapons designed for deployment against opposing armies.

Other Putin allies, including former President Dmitry Medvedev, have suggested that Russia may need to resort to nuclear weapons – but Kadyrov’s call was the most urgent and explicit.

It comes after hours of silence from Moscow after Kyiv said it surrounded thousands of Russian troops in Lyman and its forces were inside the city.

In a video released by the Ukrainian President’s Chief of Staff, two smiling Ukrainian soldiers were seen sticking the yellow and blue national flag on the welcome sign at the entrance to the city.

“October 1. We unfurl the flag of our state and establish it on our territory. Lyman will be Ukraine,” said one of the soldiers, standing on the hood of a military vehicle.

Lyman’s downfall is a major setback for Moscow after Putin on Friday declared four regions of Ukraine to be part of Russia, including Donetsk, where Lyman is located.

In the most serious escalation since the start of the war, the Russian leader said he would defend the stolen land “with all our strength and means”.

But Ukraine and its Western allies called Russia’s move illegal – and Kyiv vowed to continue liberating its territory.

Russia has used Lyman as a logistics and transport hub for its operations in the northern Donetsk region.

And his fall is Ukraine’s biggest battlefield gain since a lightning counteroffensive in the northeast Kharkiv region last month.

A Ukrainian military spokesman said capturing Lyman would allow Kyiv to advance into the Luhansk region.

“Lyman is important because this is the next step towards the liberation of Ukrainian Donbass,” he said.

But in a seemingly desperate attempt to secure Moscow’s hold on the newly annexed territory, Ukraine said Russian forces had kidnapped the general manager of the Zaporizhzhia nuclear power plant, Ihor Murashov.

It came just hours after Putin signed treaties to absorb Moscow-controlled Ukrainian territory into Russia – including the area around the nuclear plant – on Friday.

The power station was repeatedly caught in the crossfire of the Seven Month War.

Ukrainian workers continued to operate it after Russian troops seized the power plant, and its last reactor was shut down in September as a precaution amid ongoing fighting nearby.

In its heaviest barrage in weeks, the Russian military pounded Ukrainian towns with missiles, rockets and drones on Friday, with a strike in the capital of the Zaporizhzhia region killing 30 people and injuring 88.

In other fighting, four people were killed and six injured by Russian shelling in the Donetsk region, Governor Pavlo Kyrylenko reported.